Day two started out a bit rough (attempts to connect at coffee shops to wifi only to get metered service and get kicked off after a few minutes, waking up insanely cold from the lack of heat in our hostel, etc) but it turned around the moment we walked into Remedy Coffee, my new favorite coffee shop in Auckland. Not only did they have free (unmetered!!) wifi, but they also had games, tons and tons of books, super friendly staff, heat!!!! and the most delicious bagel sandwich with cream cheese, avocado, bacon and tomatoes that I’ve ever eaten. It was heaven. The avocados were so good, you would have thought I was back in California. After we were warm and full, we headed back out into the city. 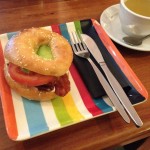 Just like we leapt into this adventure, it seemed only fitting that Danielle & I leap off the tallest building in Auckland – the SkyTower. (commence cheeeessyyy groan) The SkyJump (as seen before on the BL a few seasons back) is a 192m (630ft) jump off the top of the SkyTower. It seemed like a good way to ease ourselves into the extreme sporting world of New Zealand. Such a rush! I was slightly terrified the moment I had to reach my hands for the edge, but after jumping, it was so much fun. I didn’t want to look down during the jump (you will clearly see this is the case at the end of the video).

After jumping, we all went for lunch and drinks at the Mexican Café (you can see their rooftop sign during the jump. Well played advertising Mexican Café, well played). 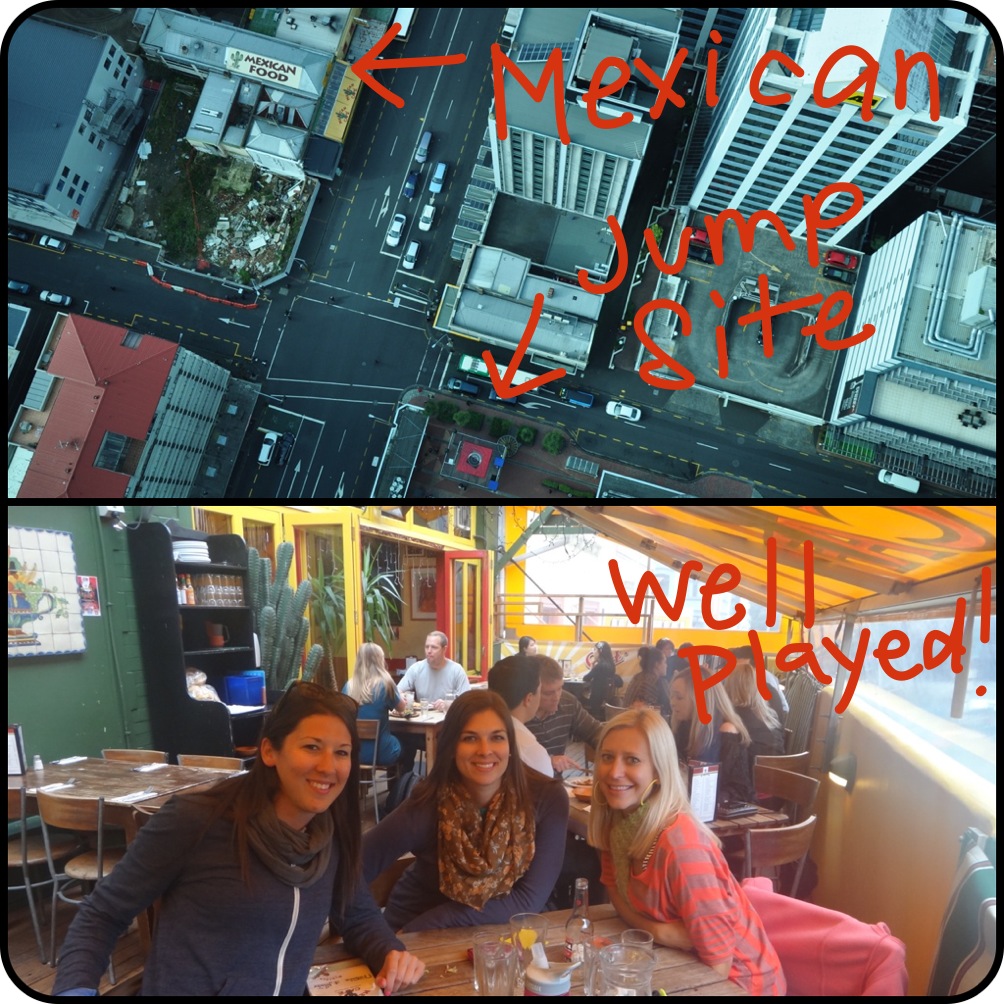