On Wednesday, we took a trip on the Jucy Bus Tour to Milford Sound. The bus ride to and from probably takes around four hours, even though it’s only 50 km as the crow flies. Our driver, Ian MacIntosh, provided a wealth of knowledge as we were driving through the New Zealand countryside. A lot of folks were sleeping and I felt like a nerd for taking notes. A few interesting takeaways: the Merino sheep are high mountain sheep and would not fair well in the low country and the same is said for low country sheep, they would not live well in the mountains; Wakatipu is the second largest lake in the South Island and is home to lots of fish – rainbow trout, salmon, etc. We drove past the Plains of Rowan where a lot of the battle scenes of Lord of the Rings were filmed. We stopped at Monkey Creek to fill up our water bottles with some of the cleanest, freshest water. Once we past through the Homer Tunnel, we had arrived in the Milford Sound area. Milford Sound is the second wettest place in the world with 9m of rain/year. 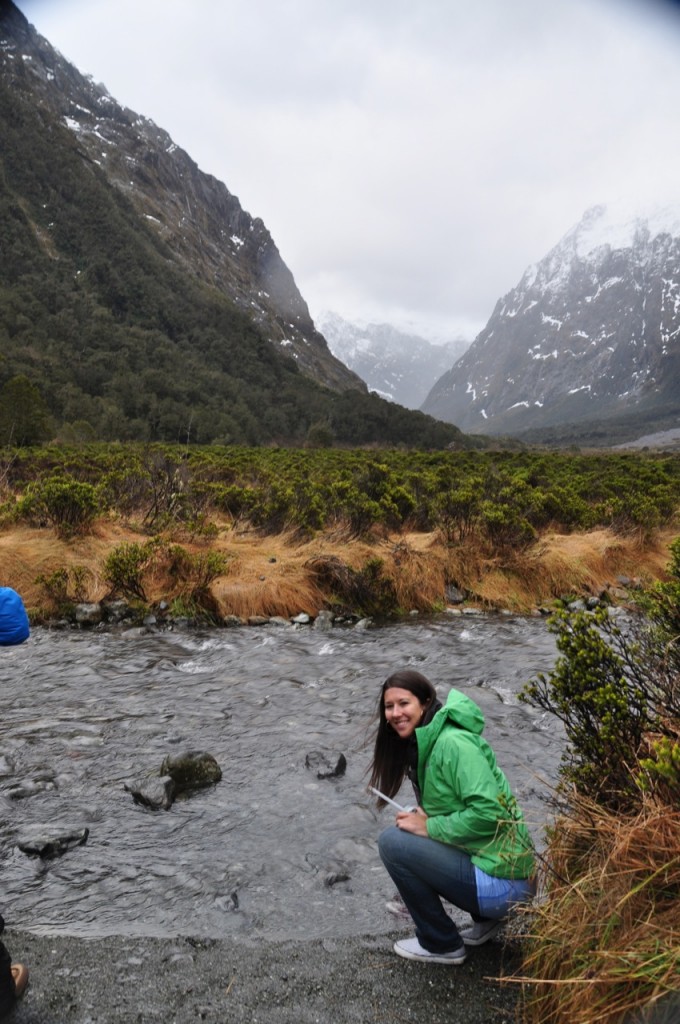 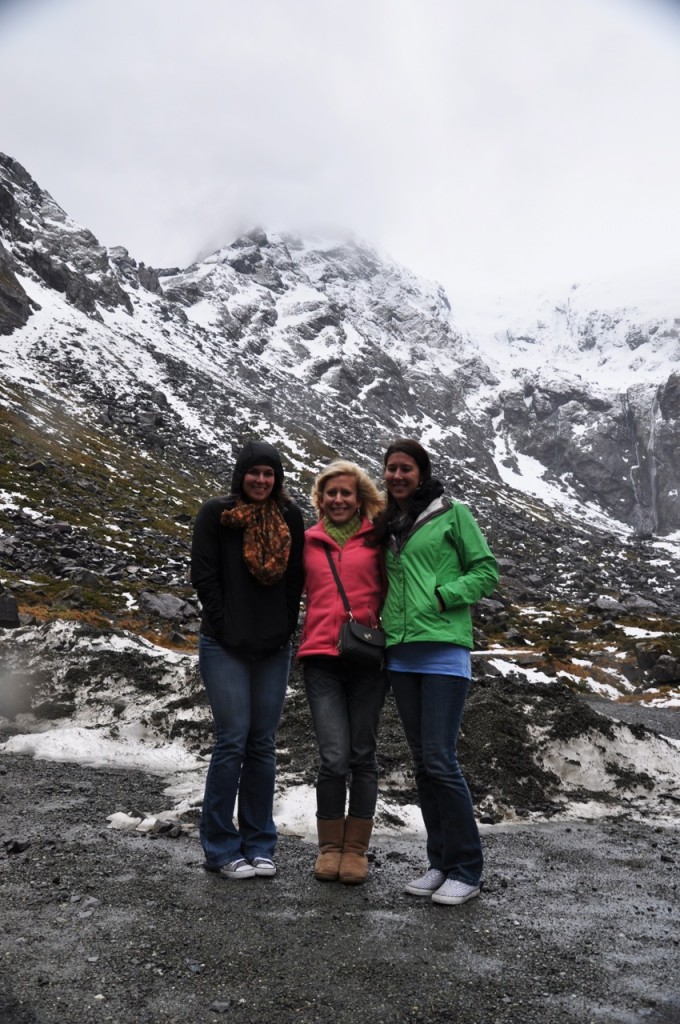 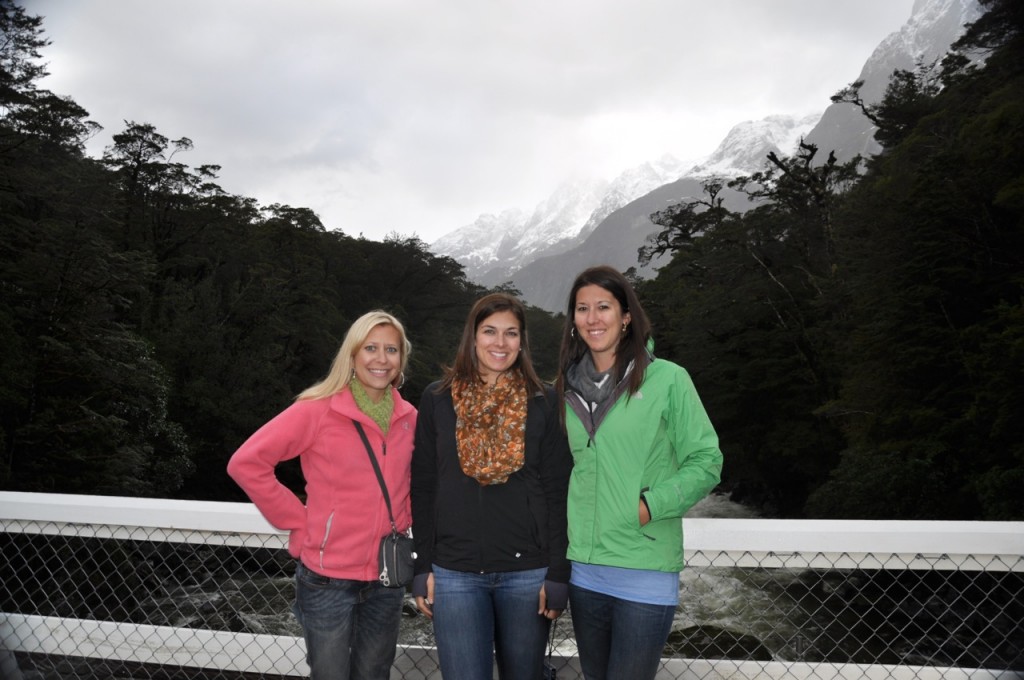 Once we arrived at Milford Sound, we got on a boat and cruised up Milford Sound to the tip of the Tasman Sea. Technically Milford Sound is not a sound, but a fiord, but they said that sound sounded better (ha!!!). Captain Cook missed Milford Sound on two occasions as he sailed along the Fiordland coast because it is completely hidden from view from the open ocean. The high rainfall that Milford Sound experiences helps create a unique marine environment – home to black coral, dolphins, seals, penguins and other sea birds. We only saw a few seals during our boat trip, but the water was choppy and it was cold and I had a cold, so I mainly stayed in the boat, drinking tea, trying not to get seasick. As much as I love all things nautical, it turns out I’m not much of a seaman.

Overall it was a very nice day, however, I think I enjoyed our drive to get to Milford Sound more than the actual cruising of the sound. It was beautiful, but after a while, when you’re on the boat, it all looks the same. I would however love to see it in the summertime. Our guide said it’s a completely different experience. 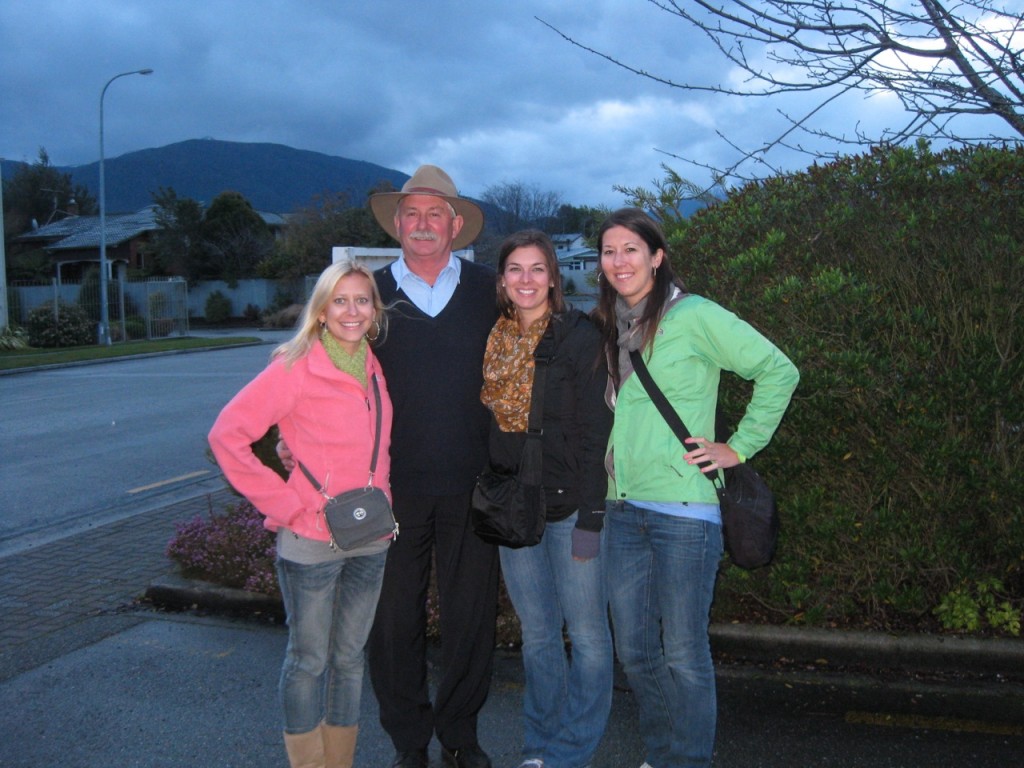