Truth be told, I’ve never wanted to bungy jump. This may make me sound like an old stooge, but I always thought bungy jumping would hurt my back. However, once I arrived in Queenstown, the Adventure Capital of the World, the craving to participate in all kinds of extreme sports took over and I knew I was already sold. Now, Danielle & I just had to figure out which activity. Originally we were thinking about doing the Canyon Swing, but then, the posters hanging all over our hostel reading “Go Big or Go Home” for the Nevis Bungy Jump sold us. (now, if I had endless supplies of money, I might go crazy and try them all, but the activity costs add up quickly!!)

We signed up for the bungy at our hostel thinking we had time for a leisurely lunch beforehand, but the only spot they had left was right then so we hustled over to AJ Hacketts. (I had already planned to FaceTime with my mom over lunch and quickly had to call her and say I was running out to bungy jump and we would have to chat later. Right before she went to bed. Probablyyyy should have waited until after. Ooopps!)

I asked the guy checking us in what it was it was like and if it was scary and he said, “Extremely scary. Why would you pay $250 for something that’s easy!” Every time I asked someone to describe it, I felt like Owen Wilson in this Armageddon clip.

We took a 45 minute bus ride over to the bungy site through beautiful New Zealand landscape, however I was only able to focus on my breathing and listening to the most soothing music my iPod had to offer because I was so nervous. Once we arrive, we got harnessed up and took a cable car over to a suspended ‘pod’ where we were then stationed to jump over the Nevis River 134m (440ft). I was the last in our group of 12 to jump. Greeaaat. Once we were in the pod, I felt like I was going to cry, hyperventilate and pee in my pants simultaneously. The benefit to going last was that I got to pick my own song for the jump. Once I was all strapped in, waddling to the edge might have been the scariest part. Standing at the edge, I didn’t look down, I just focused on doing a lovely swan dive into a pool. I must say, IT.WAS.AWESOME!! I’ve never before experienced such an amazing adrenaline rush. Danielle jumped right before me and couldn’t pull her cord to turn upright and came up upside down. I was laughing at her and apparently got mine, because I too couldn’t pull the cord hard enough to turn myself right-side up and was pulled back upside down. The video pretty much describes in the entire range of feeling, as you can see the shear terror in my face at the beginning.


Some more pictures from the Nevis: 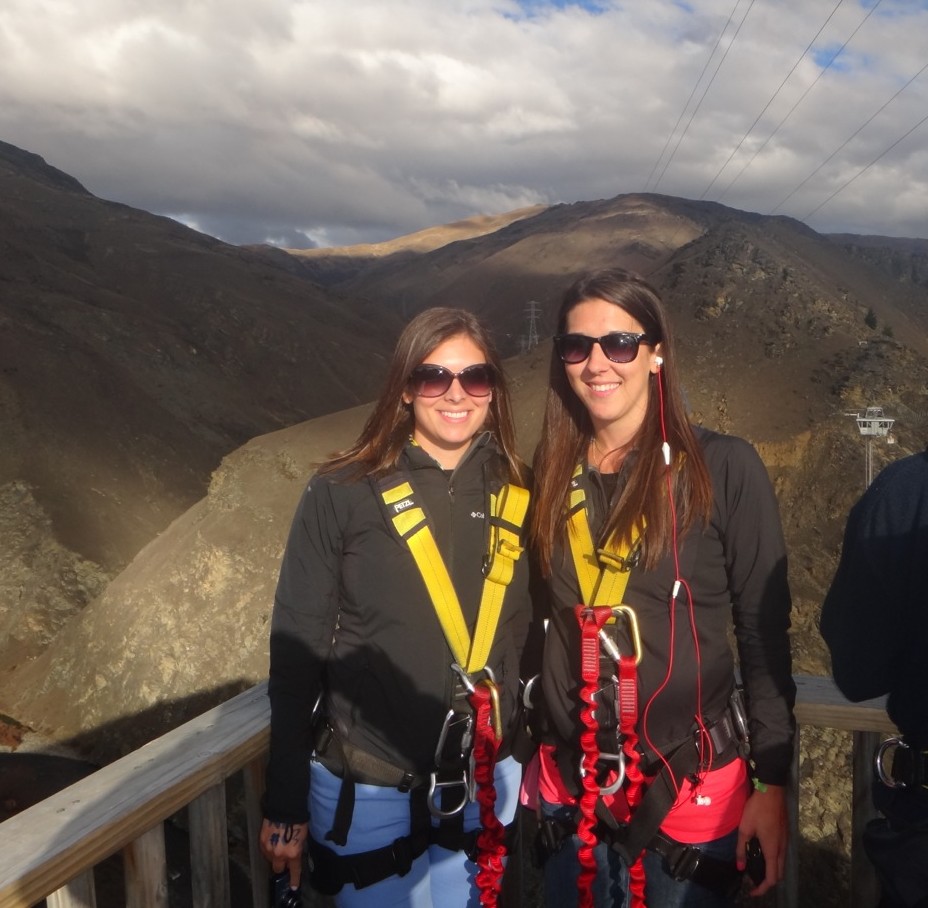 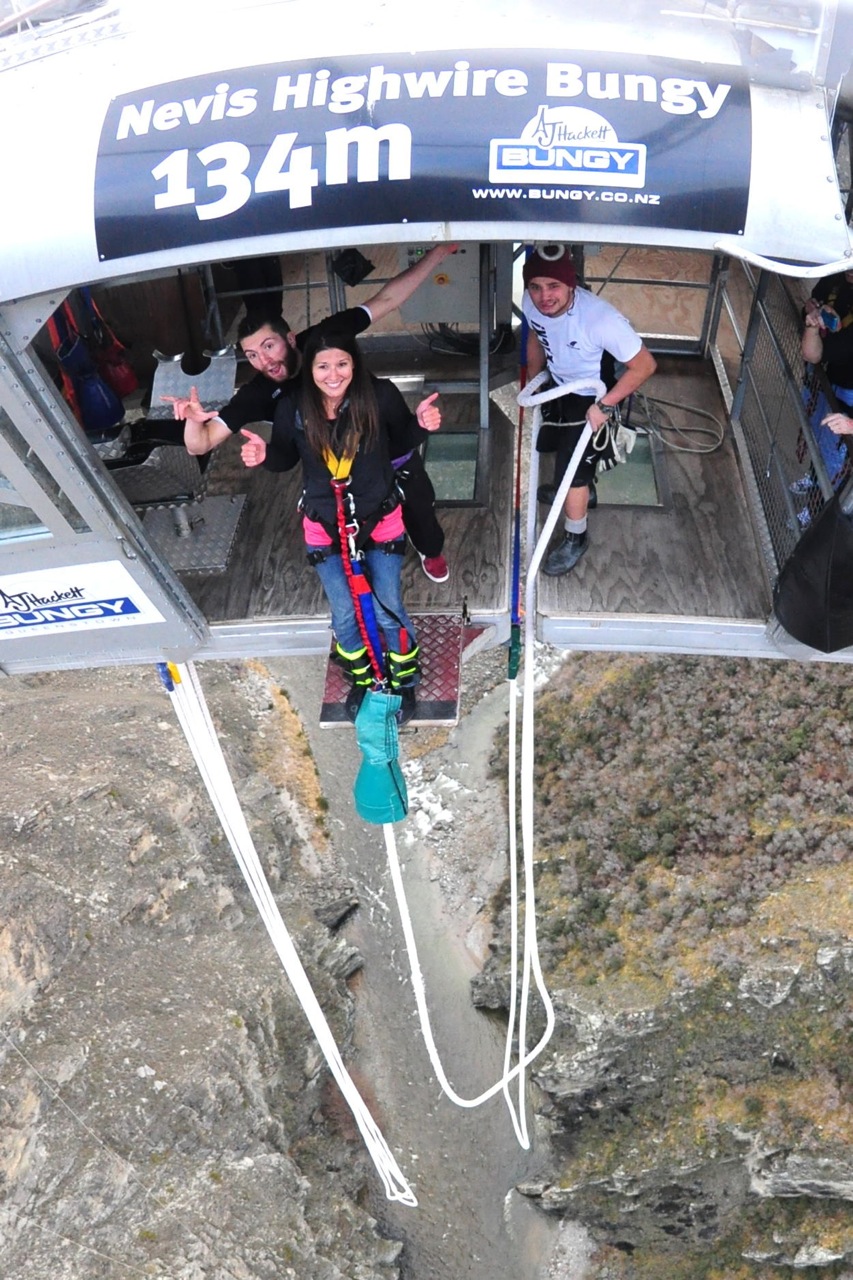 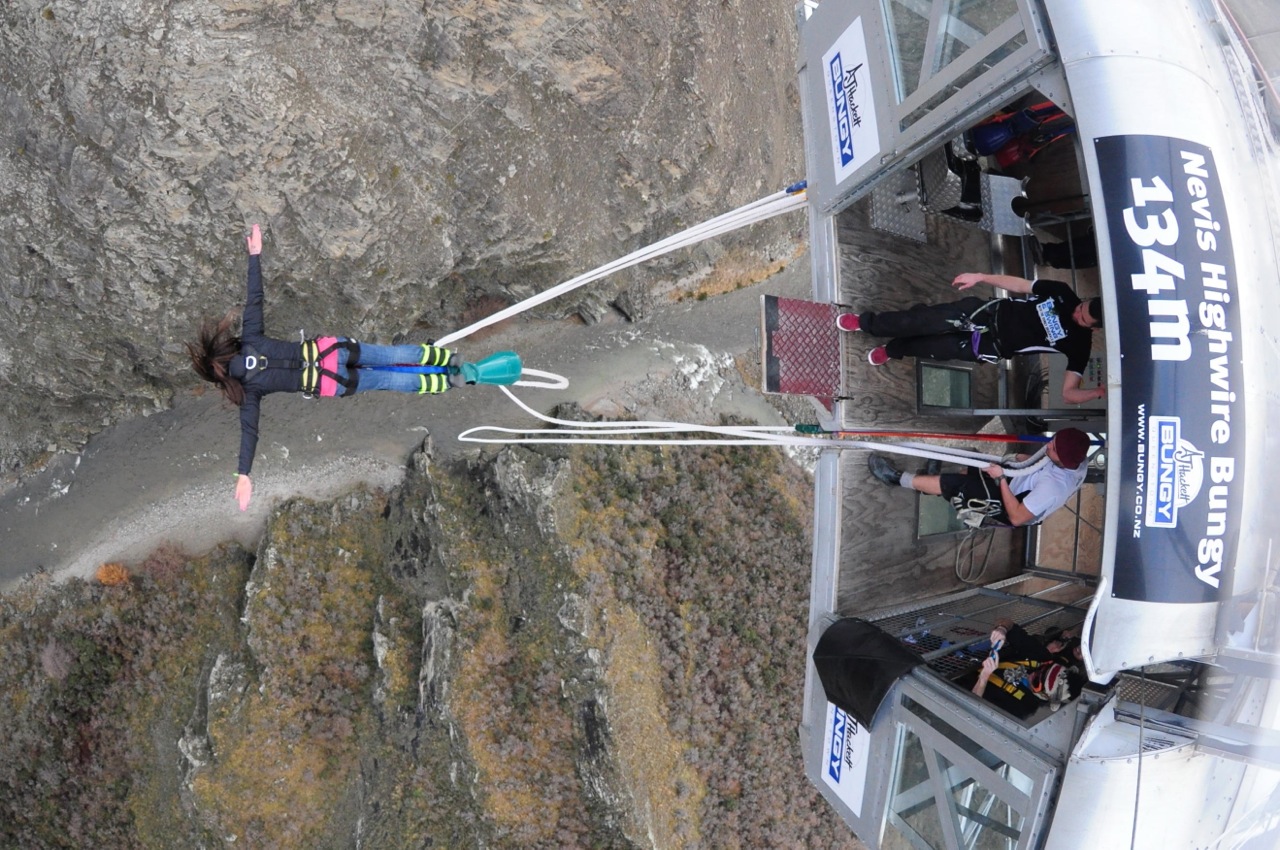