Australia is awesome!!! We spent a month traveling up the East Coast from Melbourne to Cairns. Australia is also EXPENSIVE. We knew this going in and it’s part of the reason we went to Australia (and New Zealand) first. It’s also the reason (some of) our habits changed, quickly. I mean, sometimes you want a Coke, and will be dumb enough to pay anywhere from $2 (cheapest) to $4.50 Australian dollars for a can (it’s about $.96 AU to $1.00 US). I also paid $5.10 AU once for a Baskin Robbins (Mint Chocolate Chip) ice cream cone. A 12-pack of cheap beer in Australia is anywhere from $30-45 (which is why we didn’t drink all that much and also why we eventually gave into the goon). Australia has so many amazing excursions and those expenses add up, but they were all totally worth going broke for!

1. Whitsunday Islands – this was my fav thing we did while in Australia! It involved a bunch of things I love – being on a boat, cocktails on a boat, GORGEOUS scenery, white sandy beaches and aqua waters, first time scuba diving lesson in the Great Barrier Reef and a breeching whale, times three. A definite MUST DO! 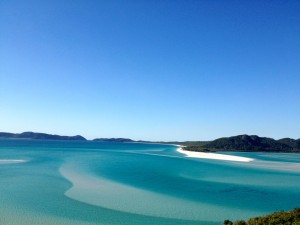 2. Fraser Island – 4WD down the Seventy-Five Mile Beach highway on the largest sand island in the world. A Fraser Island camping trip won’t disappoint. There are over a 100 fresh water lakes, crystal clear creeks, Champagne Pools (not literally, but wouldn’t that be RAD?!), breathtaking views, a giant sand dune and camping under thousands of stars with a magnificent view of the Milky Way. Just be careful of the dingoes! 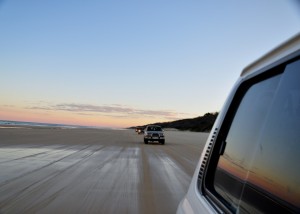 3. Mission Beach Skydiving – skydiving alone is pretty awesome. Skydiving from 14,000ft over the Great Barrier reef with island views and a landing on the beach…unreal. 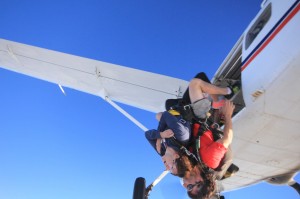 4. Great Barrier Reef Scuba Diving (Port Douglas) – Nemo, Turtles, Maori Wrasse, Rays, the Continental Shelf…it doesn’t get much better than scuba diving in the largest coral reef system which is dubbed one of the seven natural wonders of the world. 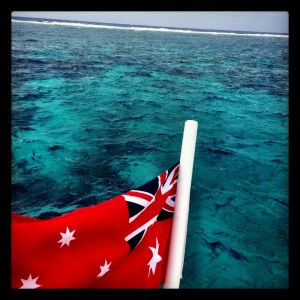 5. Airlie Beach – If we had longer to spend in Australia, I think I would spend it in Airlie Beach. The town is pretty much one long strip, so it wasn’t large, but large enough to spend a while there. Airlie Beach is the starting point for all boating trips to the Whitsunday Islands. 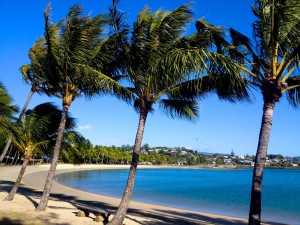 6. Byron Bay – a chill, laidback surf town. I would love to spend some time in Byron when it’s warmer. It’s clear that I thoroughly enjoy towns that you can pretty much walk the entire town (just think if I had a beach cruiser). Plus, Cape Byron is the most eastern point of Australia and the first to see the sunrise. 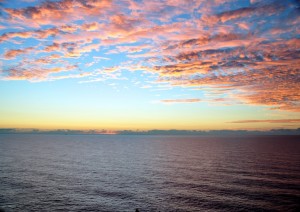 7. Magnetic Island Koala’s – one night on Magnetic Island to snuggle on a koala is totally worth it. Even if koala’s aren’t quite as nuzzly as you think, they’re still pretty damn cute. 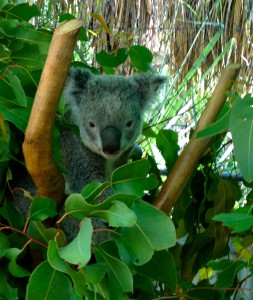 8. Sydney – a visit to Australia isn’t complete without a stop in Sydney. Take a double decker bus tour. Cheesy, perhaps, but fun. Must visits include the Opera House, Harbour Bridge, Fish Market and Bondi Beach. 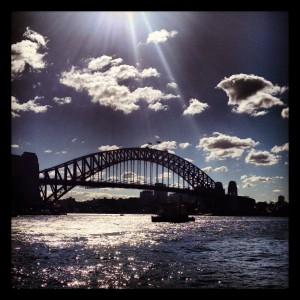 9. Surfers Paradise – worth a night or two visit on your way up. Perhaps we had such a good time because we had zero expectations and ended up out dancing till 4am. 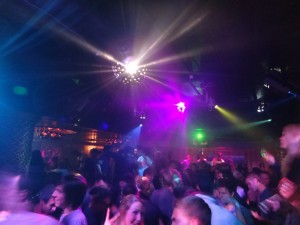 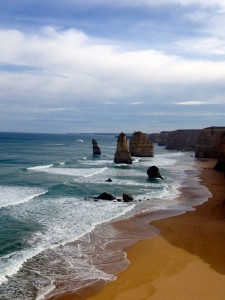 1. TimTam’s – hands down my new fav treat! We tried EVERY flavor (except Turkish Delight…that just seemed odd to us) and the winner was White Chocolate, followed closely by regular and Dark Chocolate Mint. Oh, and you have to try a TimTam Slam – bite off both ends and suck tea (or coffee) through in a straw like fashion. AH-MAZING!!! 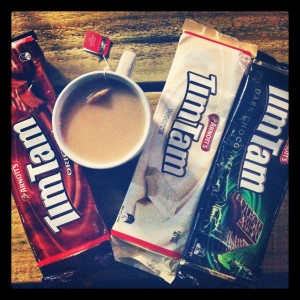 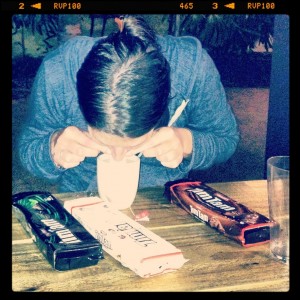 2. Kangaroo – for eating. I realize this may seem cruel to those of you who think of them as cuddly creatures, but they are delicious. Like a really lovely steak filet. Kangaroo has no fat and is one of the leanest proteins you can eat. Which you should try, immediately! 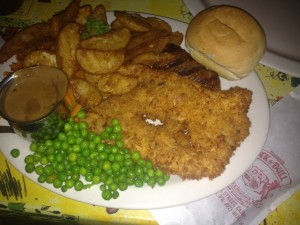 3. Crocodile – also for eating. Kinda tastes like chicken. We dined on it in schnitzel form. Superb!

4. Australian Greyhound – I will never take a Greyhound in the US, but I actually kind of enjoyed our travel on the Australian Greyhound. After numerous 10++ hour bus trips, our trips that were between two-four hours seemed like a drop in the bucket. Overall a fun way to travel, especially when on a budget. I should mention that Danielle and I typically had two seats to ourselves, which added tremendously to the comfort of the journey. 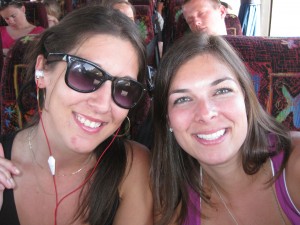 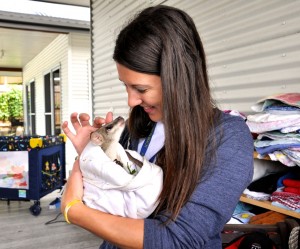