After Magnetic Island, we stopped in Mission Beach on the way up to Cairns so I could go skydiving in one of Australia’s best skydiving locations where you jump from 14,000 feet and land on the beach! This was also our first location since we started the trip where we just got off the Greyhound without planned accommodations and picked the first person holding a sign – Scotty’s was the winner. I really enjoyed Scotty’s. The staff was extremely friendly and helpful (probably the friendliest to date) and despite the small, cramped (semi dirty) room, it had a cute tropical, small town beach feel to the whole place.

I wasn’t all that nervous to skydive, mainly because I just chose not to think about what I was actually going to do. The little plane terrified me the most and that turned out to not be that bad. After having done both now, I think that bungee jumping is wayyyy scarier than skydiving. I was strapped in tight to a skilled professional for the skydiving. Bungee was me ALONE walking to the edge and jumping down into a massive ravine/creek. Both were RAD though, in their own way!

My tandem master asked if I wanted to do any cool exit when we jumped and suggested 4 backflips. And backflips took away the terror of having to look down on the way out. Oh, and there’s a video below if you would like to watch from start to finish. (please note at 1:11, I thought my camera man told me to stick my head out the door for a shot, so I tried. He actually said hand. And then proceeded to die laughing. I’m clearly wayyyy too trusting and (occasionally) an idiot. Ha!)

Bonus – I was the last group to go so afterwards, a few of the skydiving instructors join Danielle and I for trivia night at Scotty’s (I love, love, love bar trivia). Having a few locals on the team really paid off because we actually won! First prize – $50 bar tab (which could be used immediately)…score! 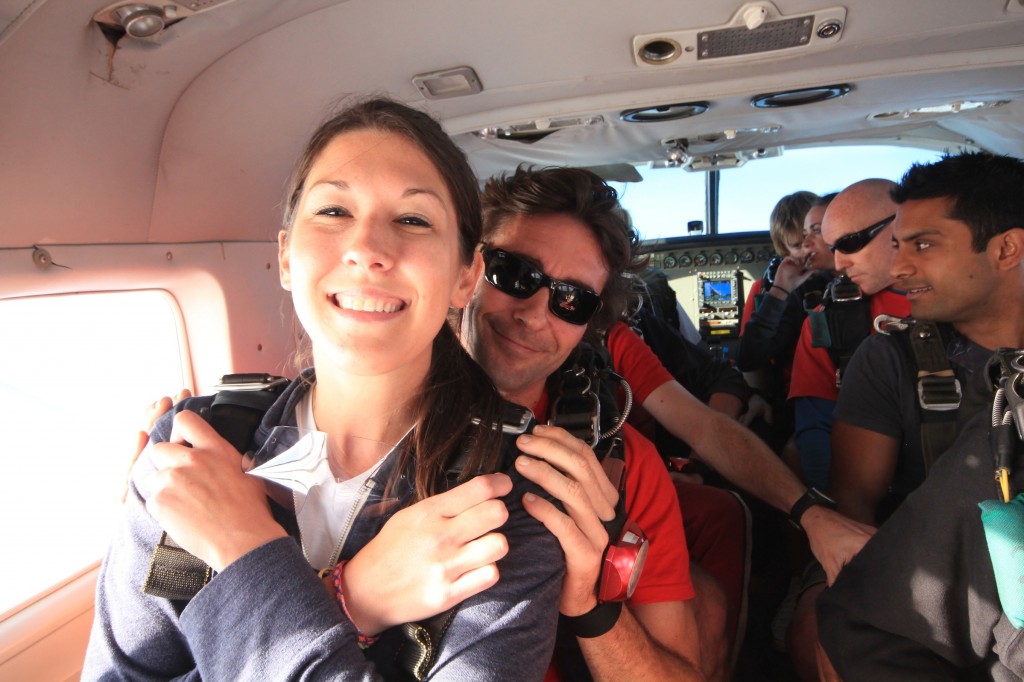 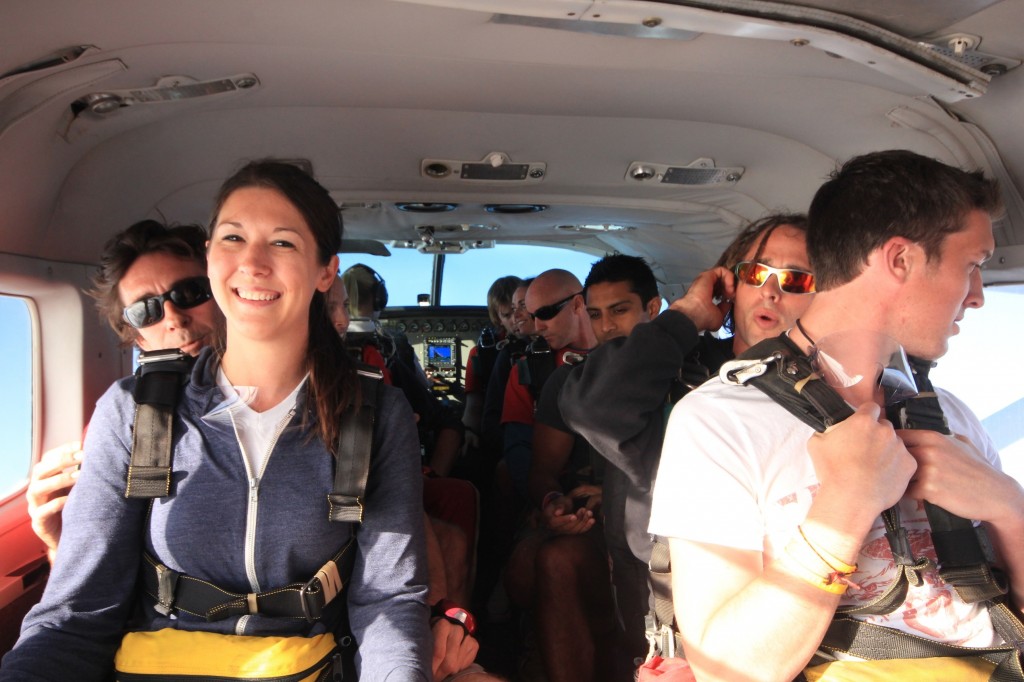 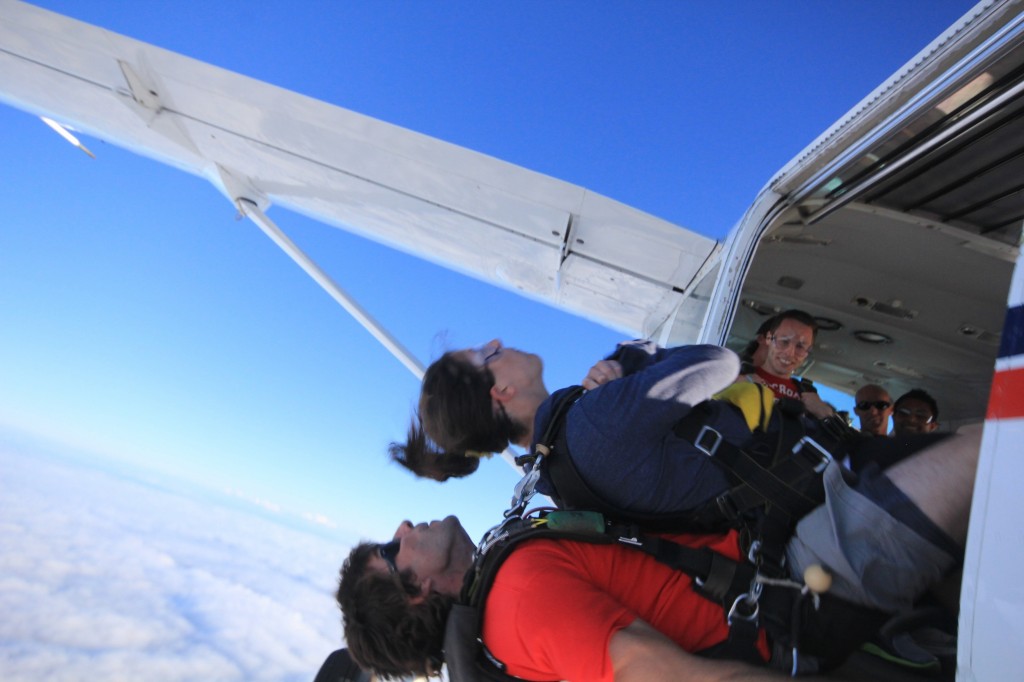 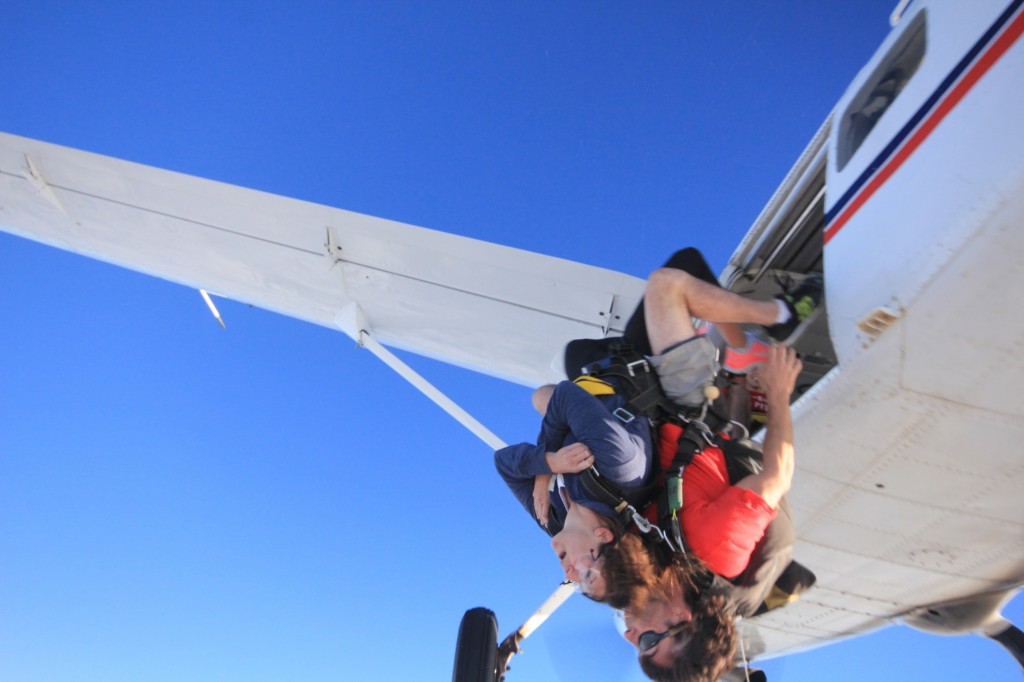 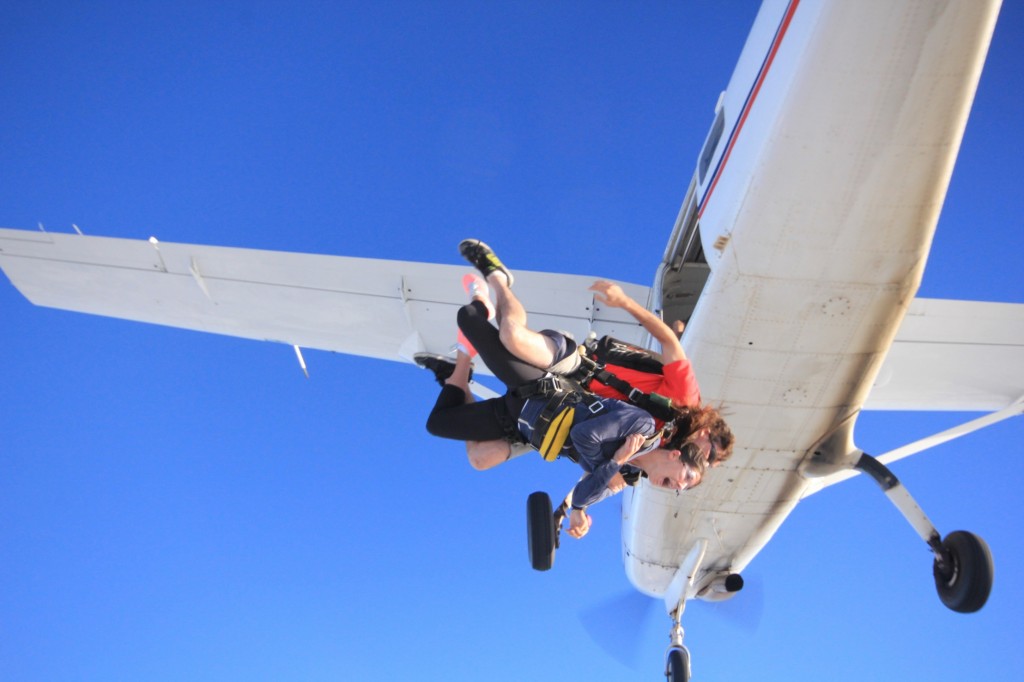 Backflips out of a plane! 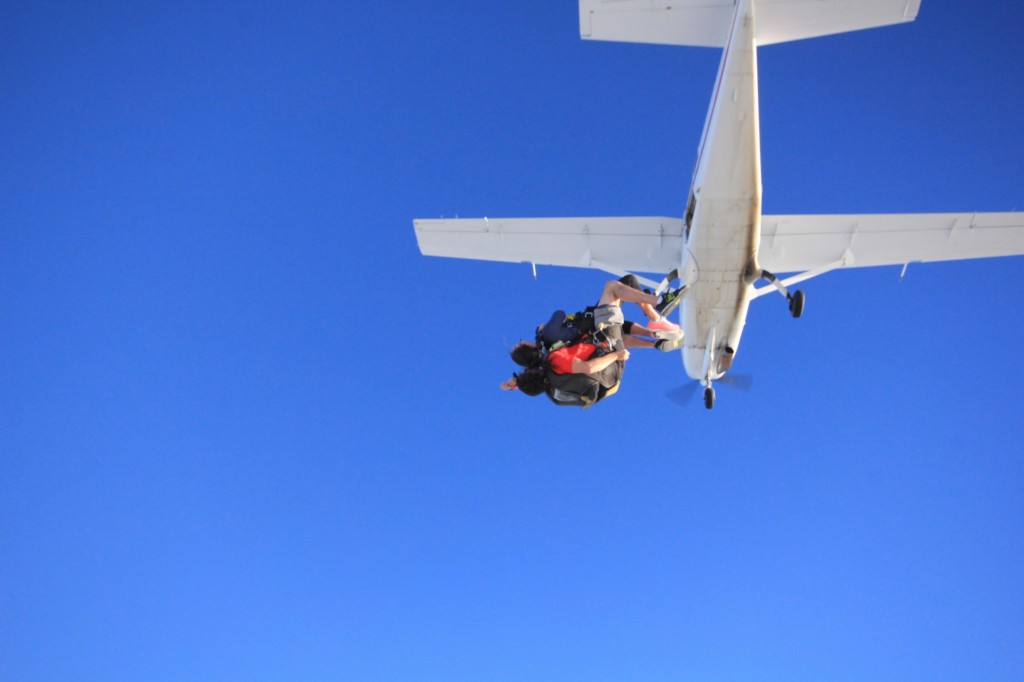 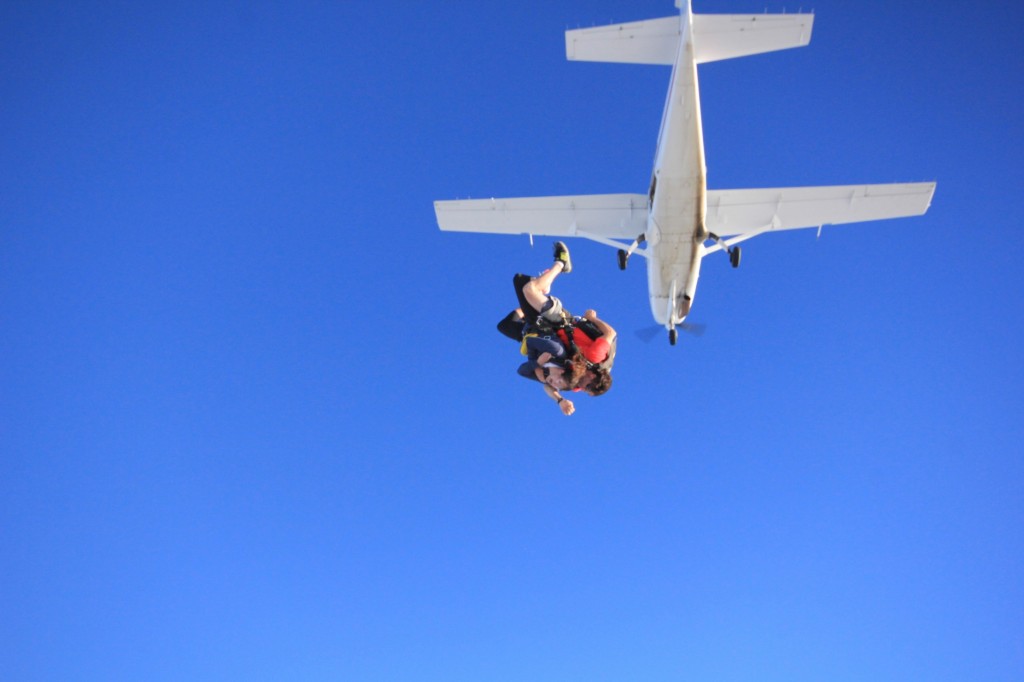 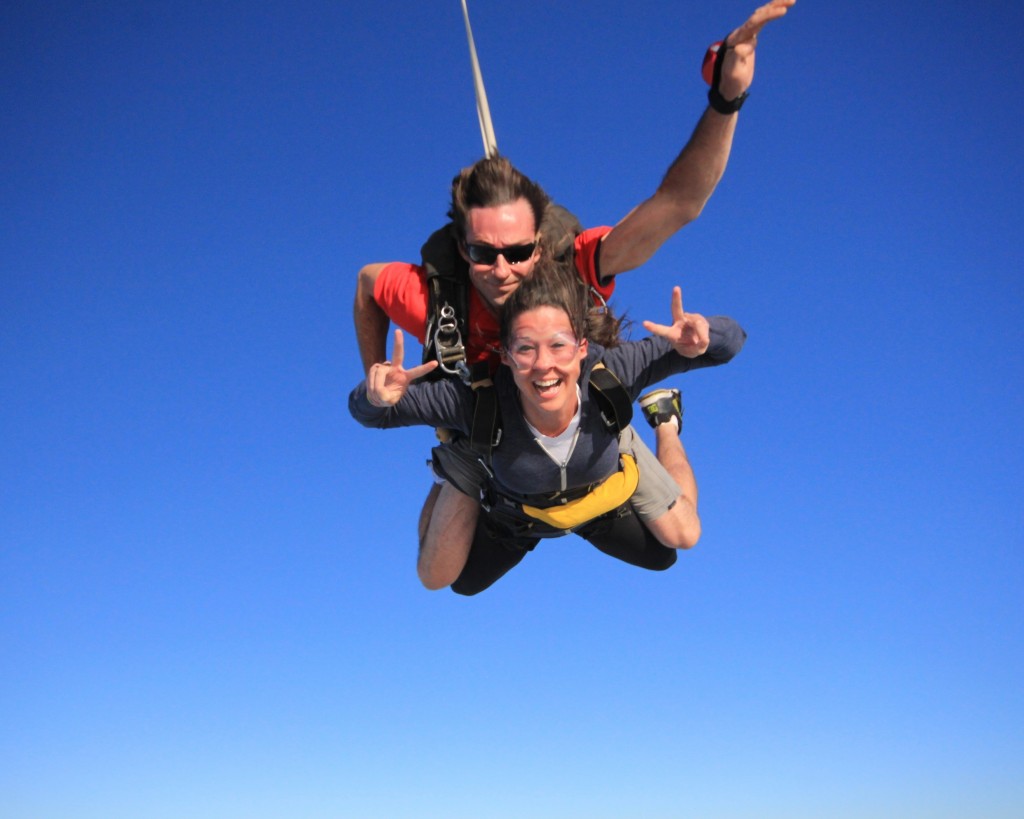 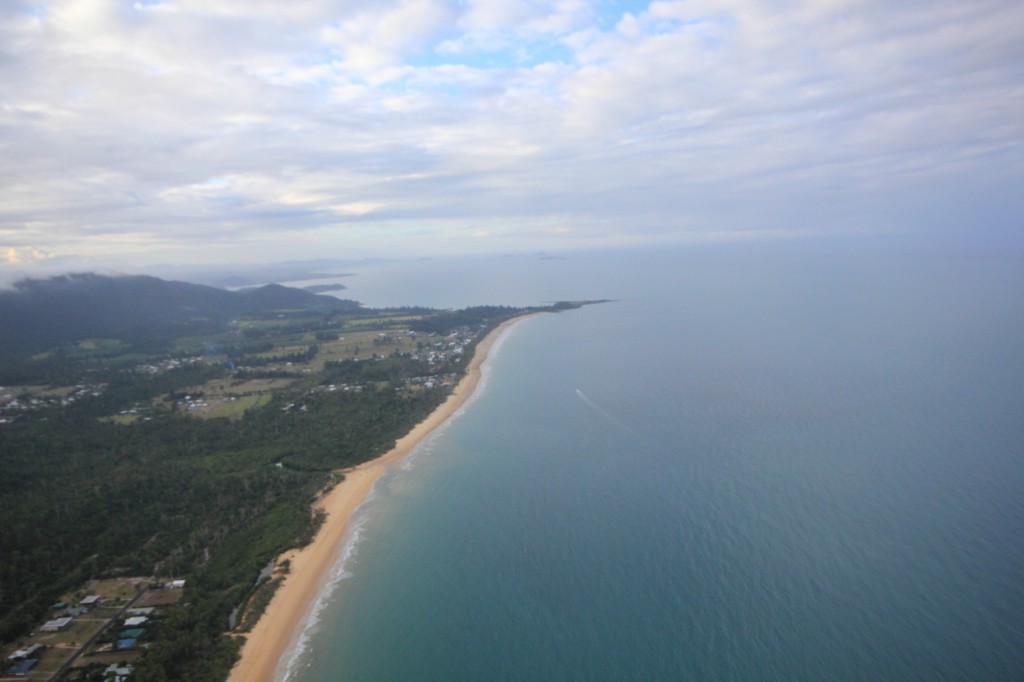 The Mission Beach coastline I landed on 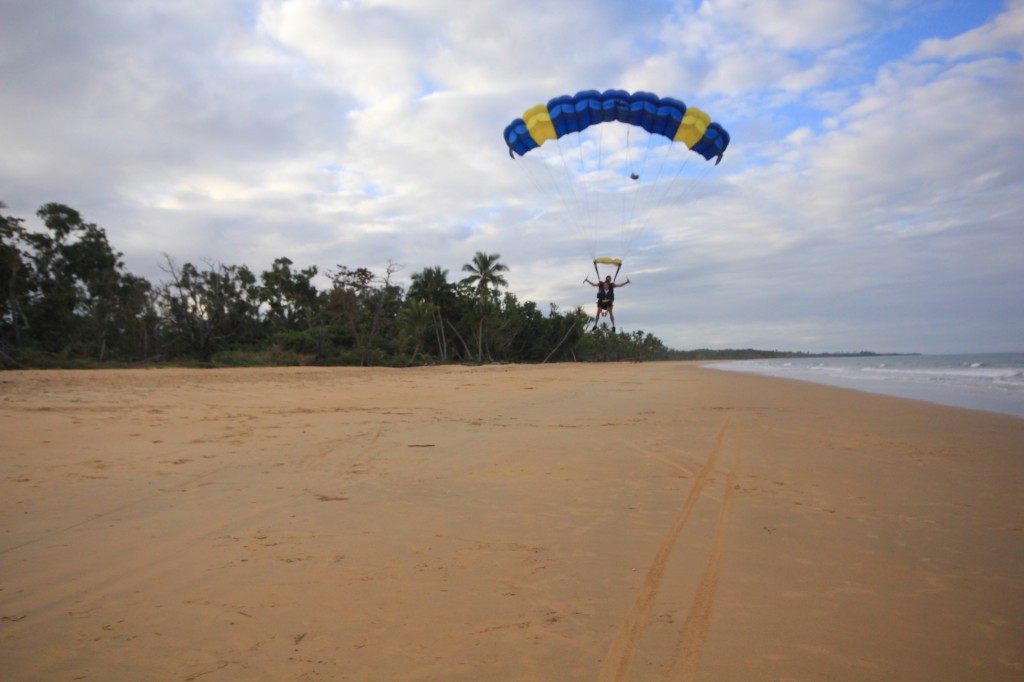 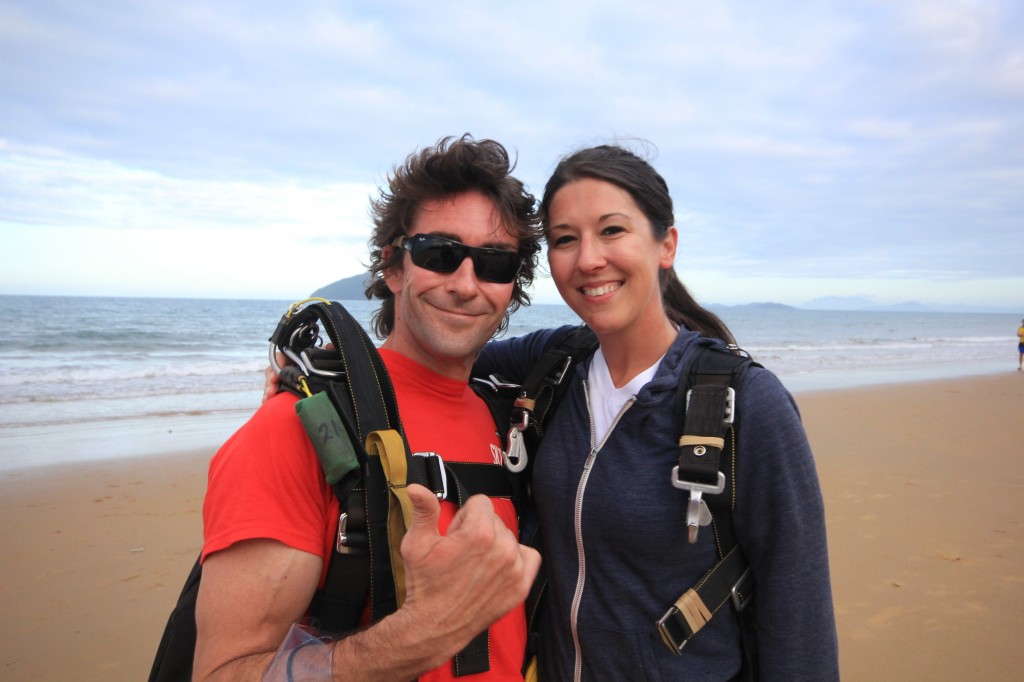