Or something like that… Finding a cooking class in Australia was wayyyy tougher than I expected. All of the classes I found were for Italian, or Japanese or Thai. None for what I considered to be authentic Australian food. I did find one in Brisbane, but we didn’t end up going to Brisbane. So I waited until the last minute and hoped that something worked out. It did! We had eaten at this Cairns restaurant a few days prior known by the locals for the kangaroo filet and crocodile schnitzel. It was sooo tasty! I decided it was as good a place as any to see if the chef would give me a lesson on how to prepare kangaroo and crocodile. 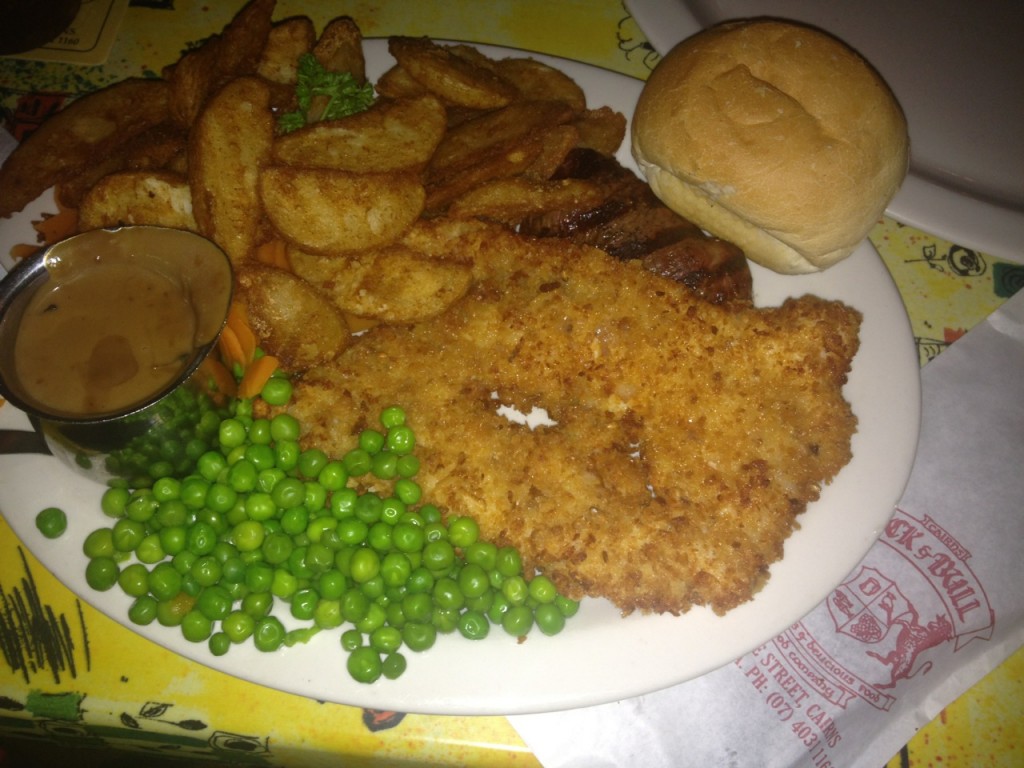 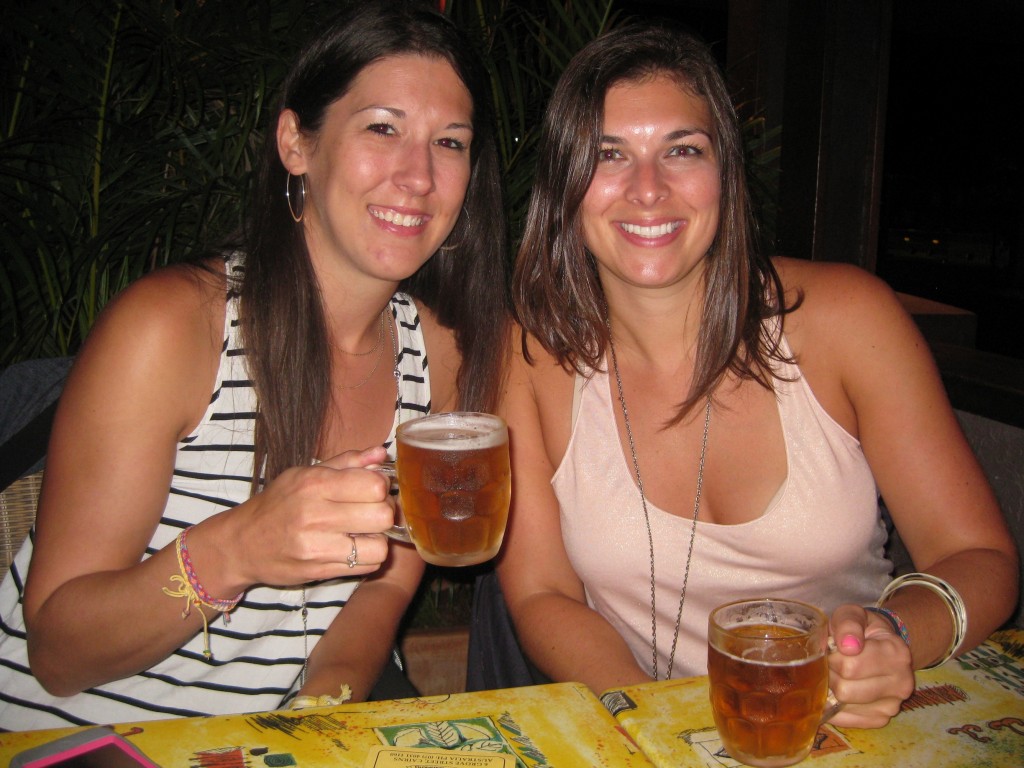 Kody from the Cock & Bull gave me the rundown on preparing and cooking kangaroo and crocodile. Most restaurants served farm raised kangaroo, which eliminates the gamey taste you would have eating wild kangaroo and the Cock & Bull buys from a local Cairns farm. They use the loin, which is the tenderest cut and kangaroo is the leanest cut of steak, since it has no fat. The tail is used for stew and is a tougher meat. Kody marinated the kangaroo in a mild curry paste, seasoned with salt and pepper, then sealed off the taste on the grill for a few minutes on each side. The kangaroo filets were then finished off in the oven. Kangaroo is best served medium rare or medium. Since there is no fat, if you cook it too long, it’ll end up too tough. I asked Kody how long he typically leaves it in the oven and he said, “for a couple of tunes.” I like it! 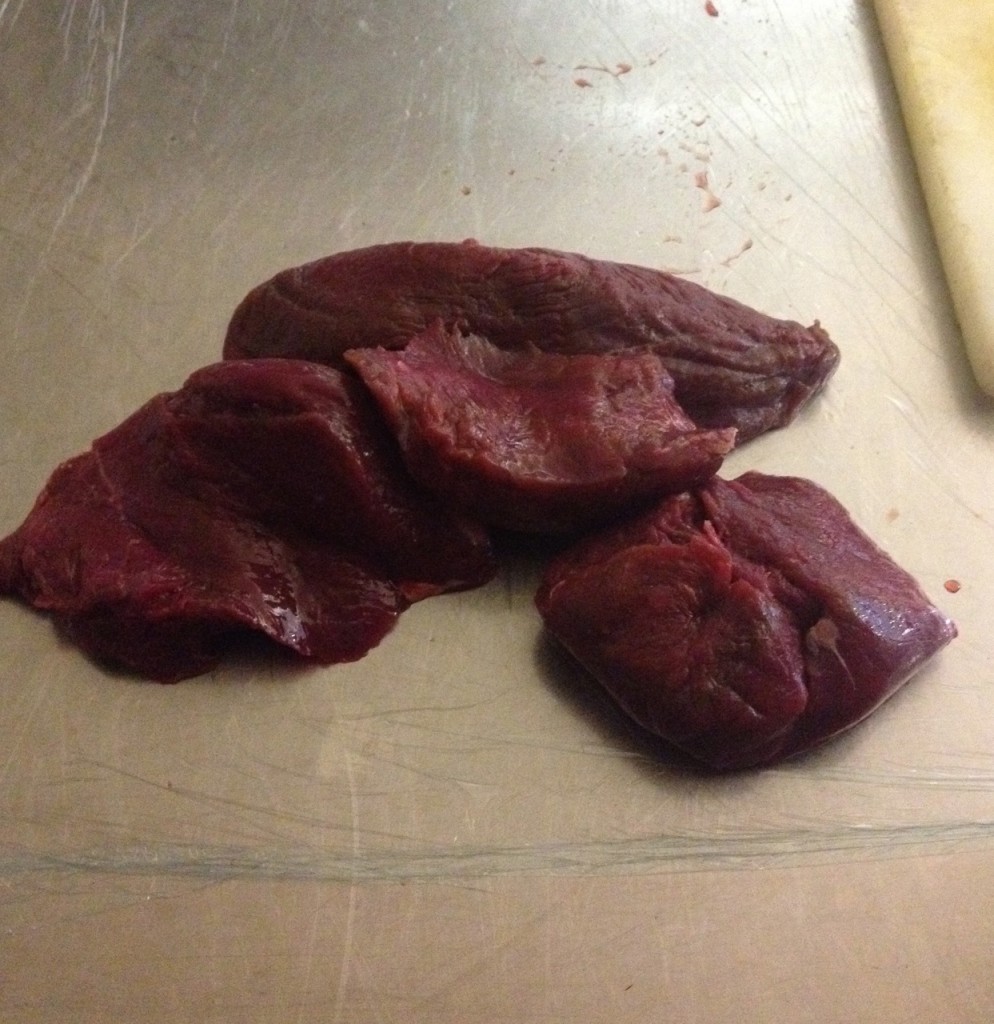 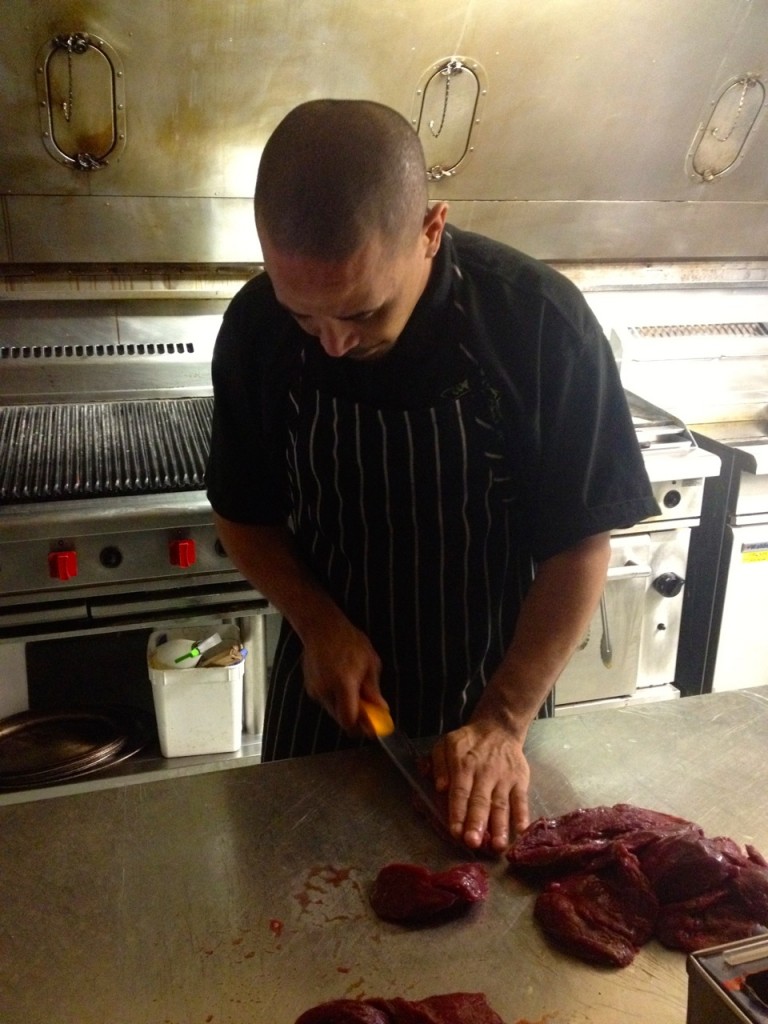 Cock & Bull use a fresh water farm raised croc. They use the tail cut and a typical piece is a 200gm steak prepared by flattening and crumbing. Cooking crocodile is similar to cooking chicken and is shallow fried on the grill. Kody said when cooking croc, it’s a mix between cooking chicken and squid, you need to make sure not to over cook or it’ll be too chewy. 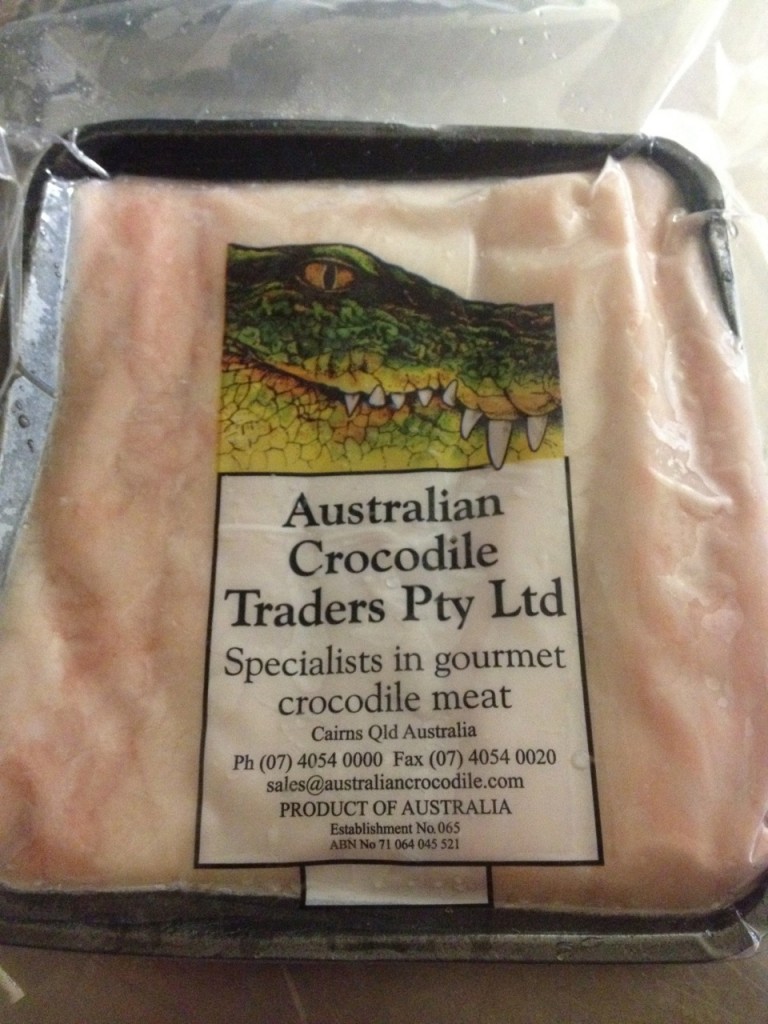 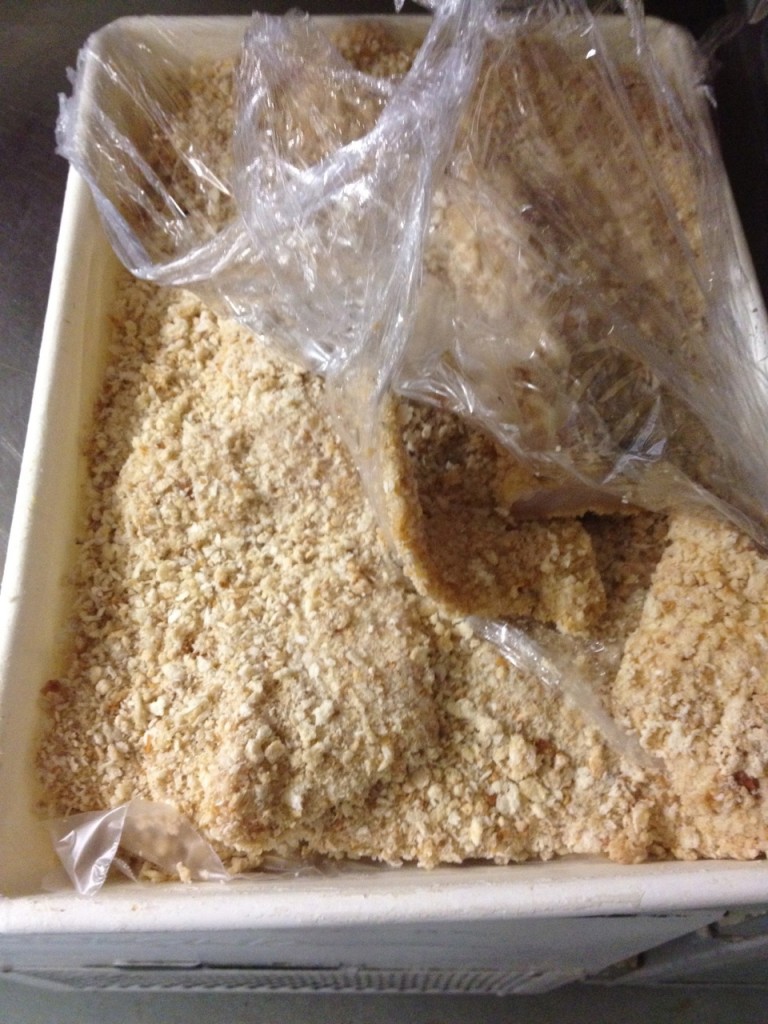 After the lesson, we (Danielle, our English mate Alex and me) got to eat the kangaroo and crocodile, complete with some wedges. Delicious, delicious, delicious! Kangaroo is so tasty, tender and might be the best steak I’ve ever put in my mouth. Crocodile is lovely as well. The taste is a mix of chicken and fish, divine when drizzled with fresh lemon. 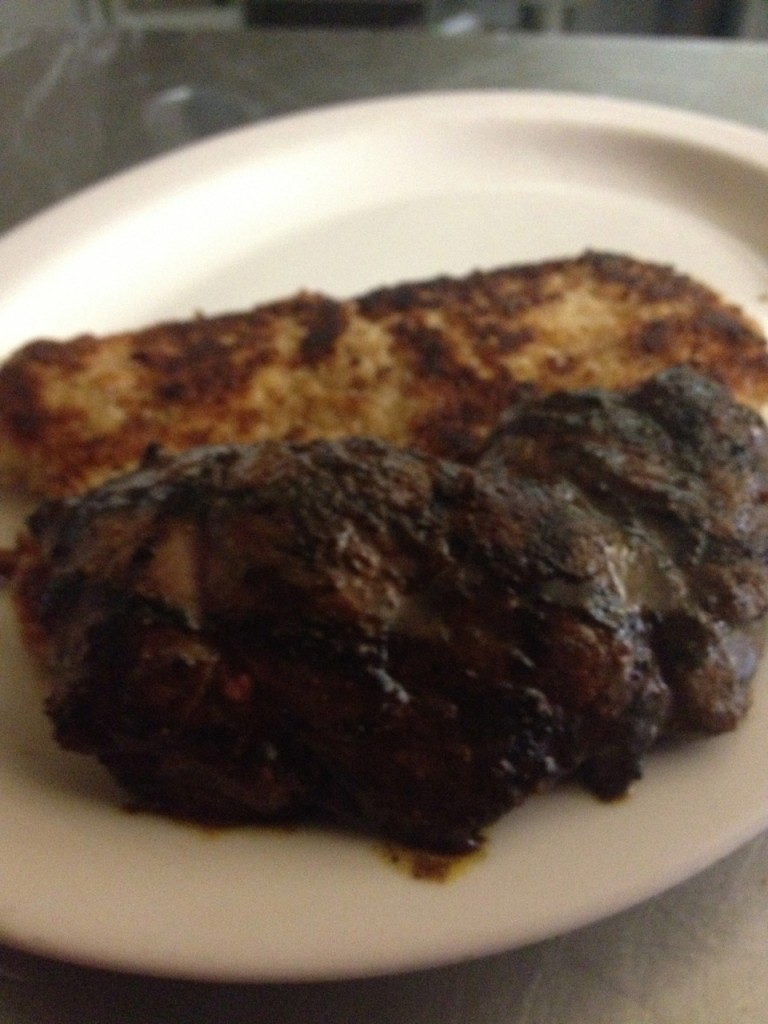 Kody was so wonderful to teach me how to make two popular dishes that are local to Australia. Two countries down…two very successful cooking lessons. Both by locals, and for free…which compliments my backpacker budget PERFECTLY! 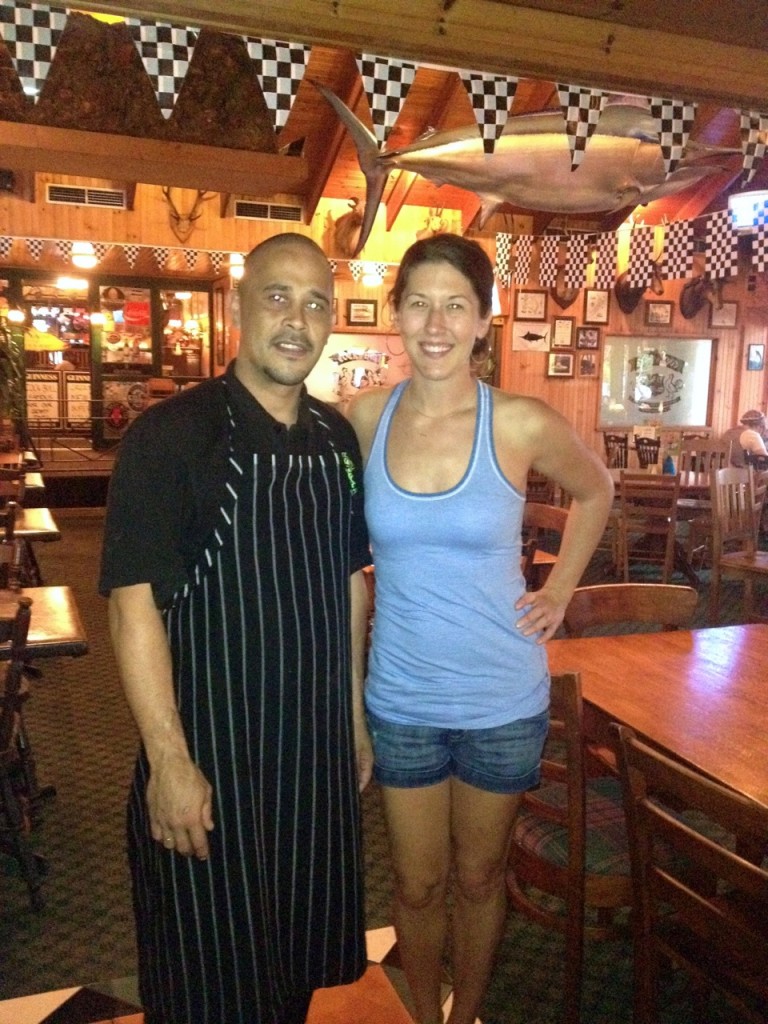 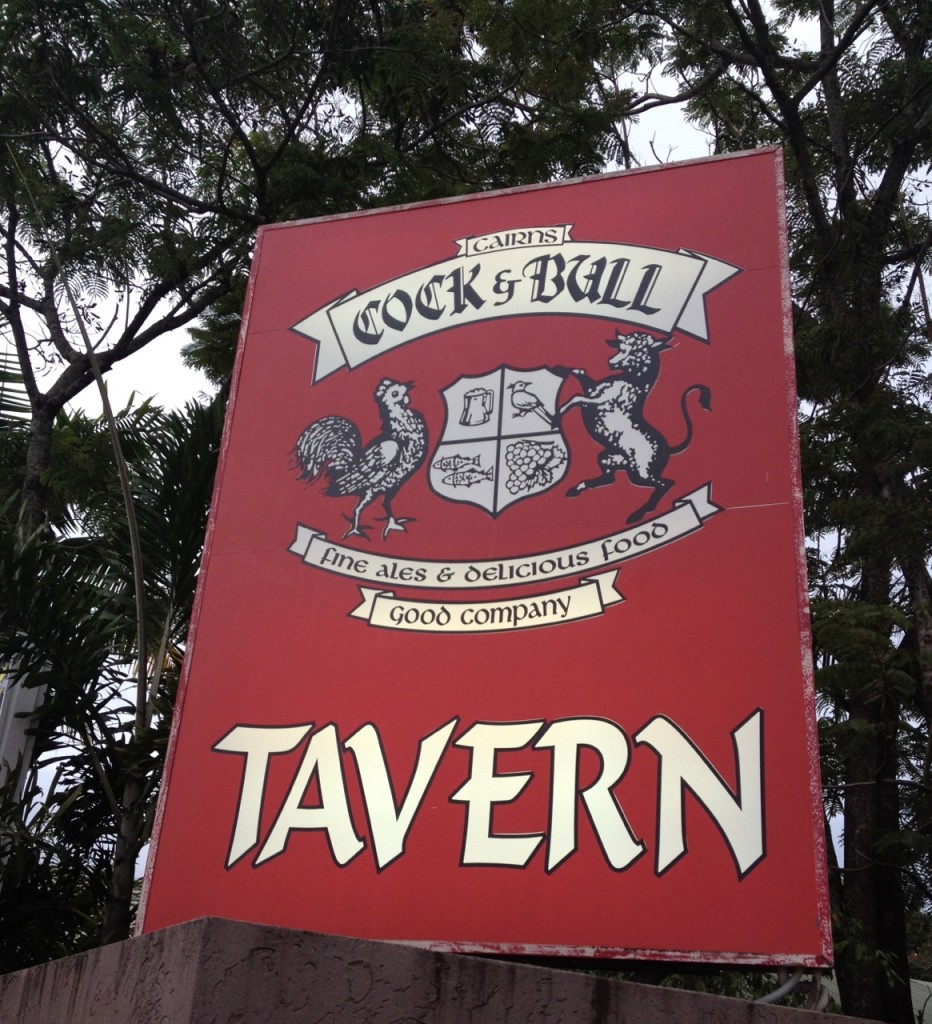 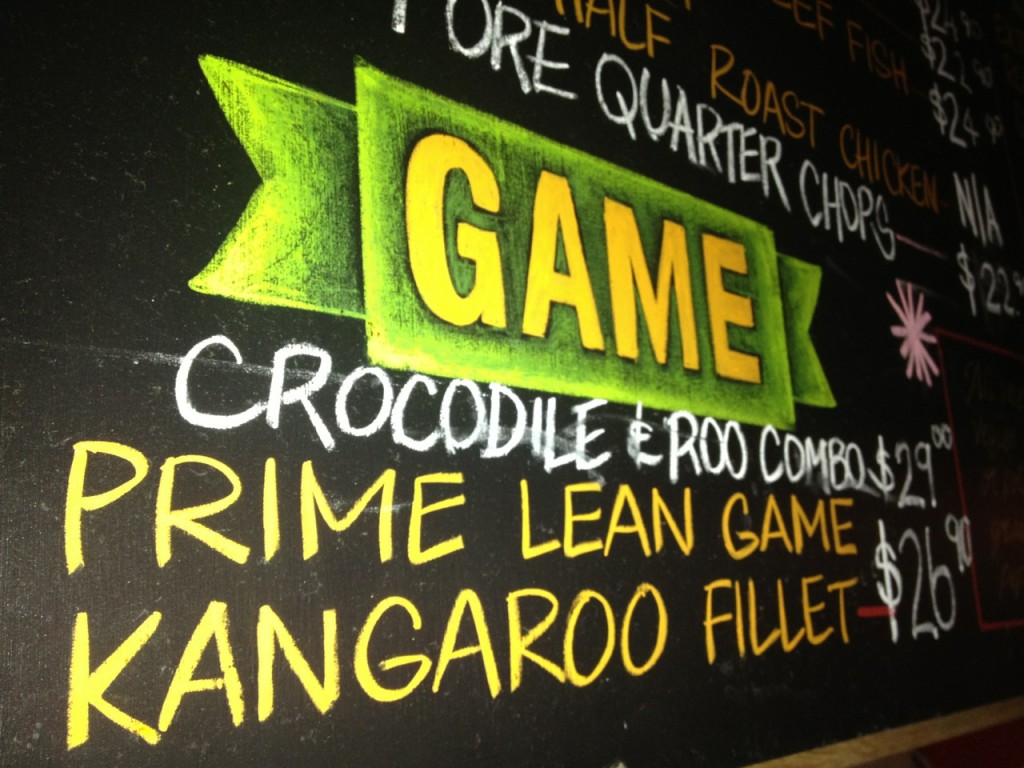