Varanasi is probably the most intense place I’ve traveled thus far. It’s safe to say that Varanasi (and really India at that point) and I didn’t get along very well. Varanasi is extremely dirty, crowded and the constant horn honking can drive a sane person completely mental. With that being said, I would say that Varanasi is a must visit to experience a raw and historic side of India.

Varanasi is the oldest and most holy city in India (fun fact: it’s also one of the oldest continually inhabited cities in the world). It is located on the Ganges, which is a holy river that millions of people bathe in daily and a place to bring the dead. Yes, the dead…ashes and sometimes just the whole body if the family doesn’t have enough money for the burning (Danielle & Luke saw a body floating in the river…I missed it as I was mourning my lens…see below). People bring the dead to the city because it is believed that death at Varanasi will bring salvation. The Ganges is also one of the most polluted river in the world with some crazy high fecal coliform levels (#sickening). 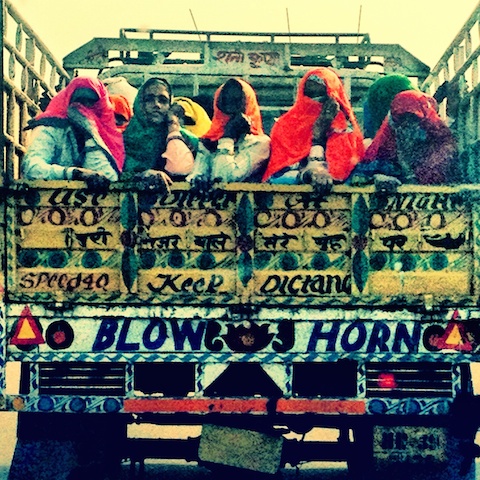 To get to Varanasi we drove from Jaipur to Delhi then flew; this was taken on the drive to Delhi.

Thanks to the recommendation of a friend from Thailand, we hired a guide to show us around the city. Ajay was wonderful and extremely knowledgable. He took us on a sunset boat cruise as soon as we arrived. On the second day, Ajay took me to watch the sunrise over the Ganges and it was pretty great. The early morning bathers were fascinating to watch. I personally can’t fathem how you can bathe in that water and be clean, not to mention not get sick. Locals say it’s because the water is holy and purifying. I didn’t test the theory. It did make for some pretty pictures though. 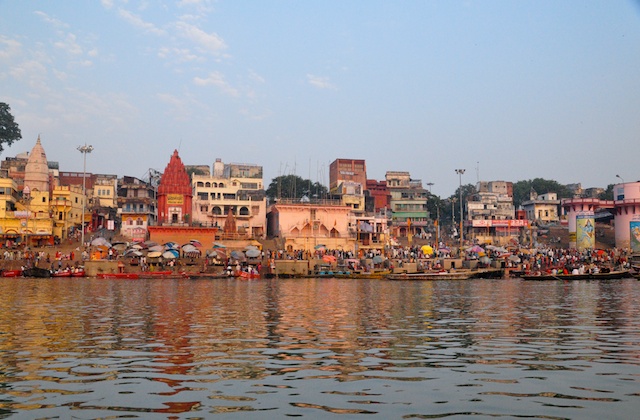 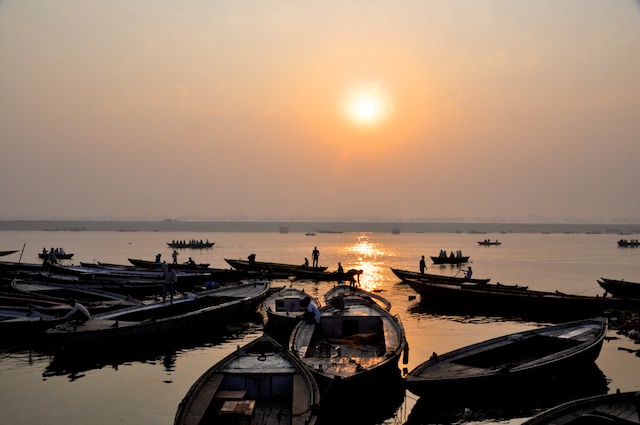 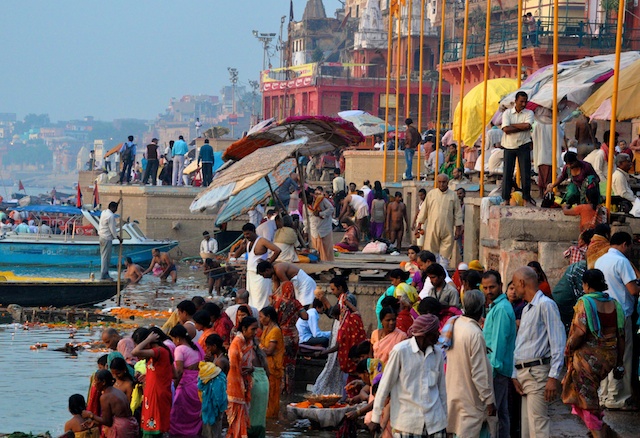 My tipping point came when I was having a cup of chai, post sunrise, and my camera bag fell off the bench. It wasn’t that high and didn’t fall that hard, so I didn’t think anything of it. Come to find out, it fell in such a way that broke my lens. AGAIN. Same exact thing as New Zealand. Except this time, it was in a case and didn’t fall hard so it SHOULD have been protected. And it was more damaged than the last time. UGH… India: 2,736,562 (or so it felt like at the time), Beth: 0. 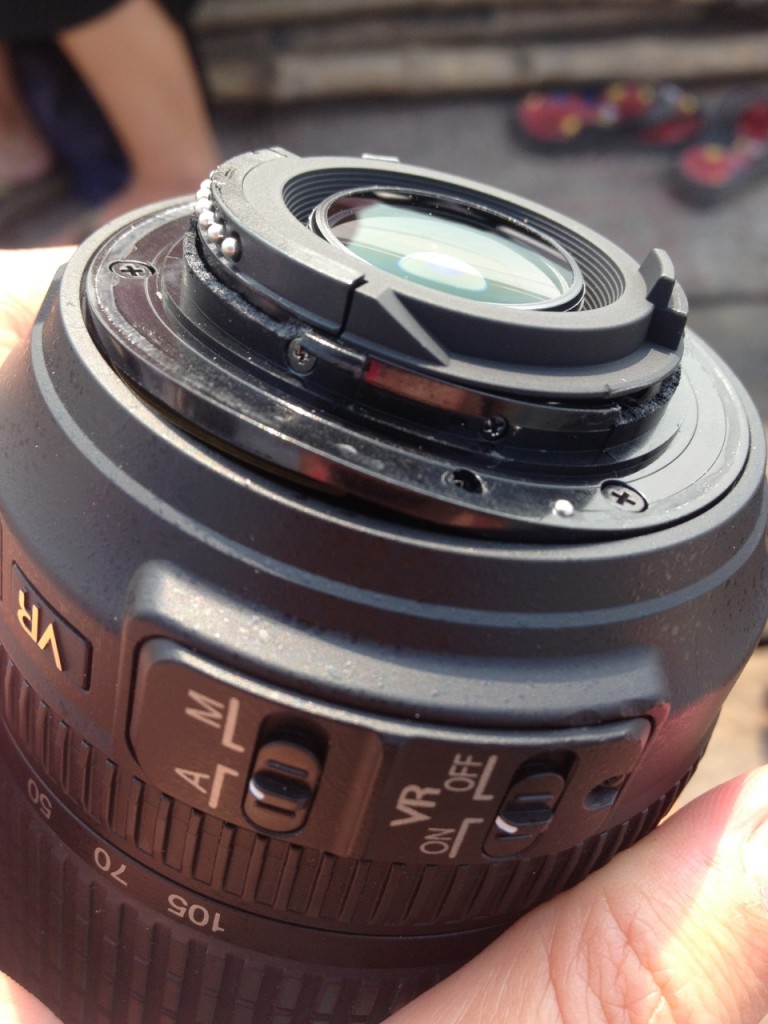 Here’s a video of the streets of Varanasi. It doesn’t even come close to showing the true insanity of what it was like. Wait for the end though… 🙂