Love South Africa. We had such a great time in the country, in large part thanks to spending lots of time hanging out with locals. Always more fun and kinda makes it seem like you live there, as opposed to just quickly passing through. Our time was broken up between Cape Town, Hluhluwe (Photo Safari) and Durban. I can’t wait to go back and this time add on and exploration of the Garden Route because I hear nothing but wonderful things about the coast of South Africa. 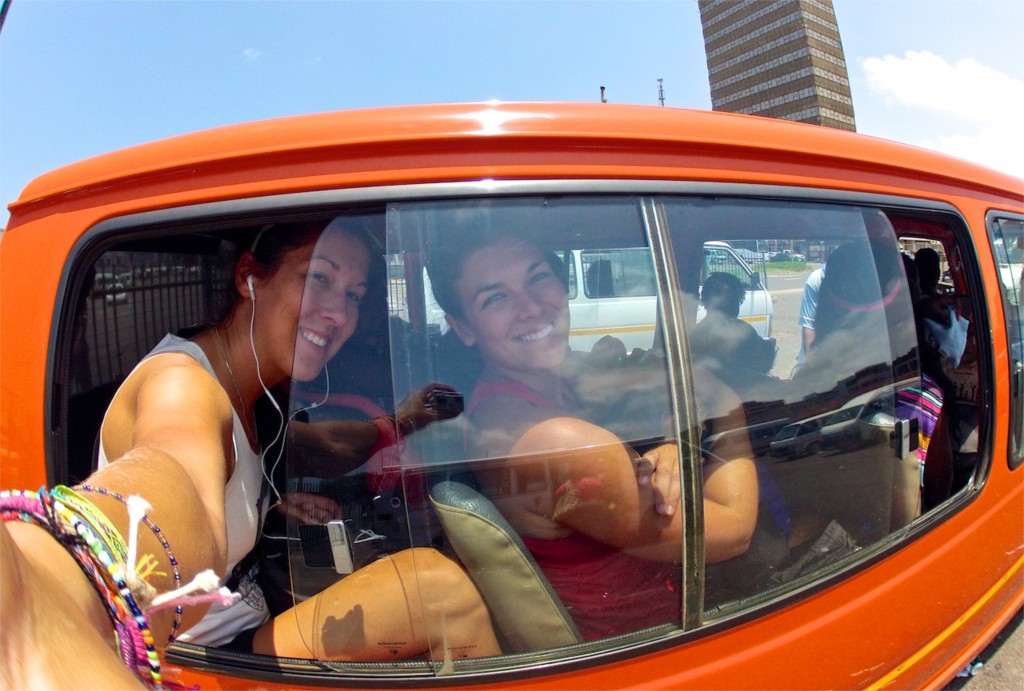 Languages: South Africa has 11 official languages: English, Afrikaans, Ndebele, Northern Sotho, Sotho, Swazi, Tswana, Tsonga, Venda, Xhosa and Zulu. We dabbled a bit in Afrikaans (mostly slang) and Zulu, which I think really made a few of the locals love us, despite the fact that we butchered pronunciation on a regular basis.

South Africa’s drinking water is among the world’s best and one of the few countries it’s safe to drink from the tap.

Along the Garden Route, you’ll find the Bloukrans Bridge, which is the highest commercial natural bungee jump in the world at 216 meters.

Mining is South Africa’s most advanced and rich economy. SA is #2 in the world’s gold production.

Fynbos of the Cape Floral Kingdom, found commonly in the Western Cape, South Africa- Table Mountain in Cape Town, supports 2200 species, more than the entire United Kingdom. Thus, although the Fynbos comprises only 6% of the area of southern Africa, it has half the species on the subcontinent – and in fact has almost 1 in 5 of all plant species in Africa.

1. Cape Town – I could go on and on about my love for Cape Town, and will when you consider over half this Top 10 list are things to do with the Mother City. First off, it’s gorgeous!!! There are tons of activities to do and while we only spent eight days, I could’ve easily spent MUCH longer. I can’t wait to go back. And this time, I’ll know to be extremely cautious when it comes to pickpocketing. 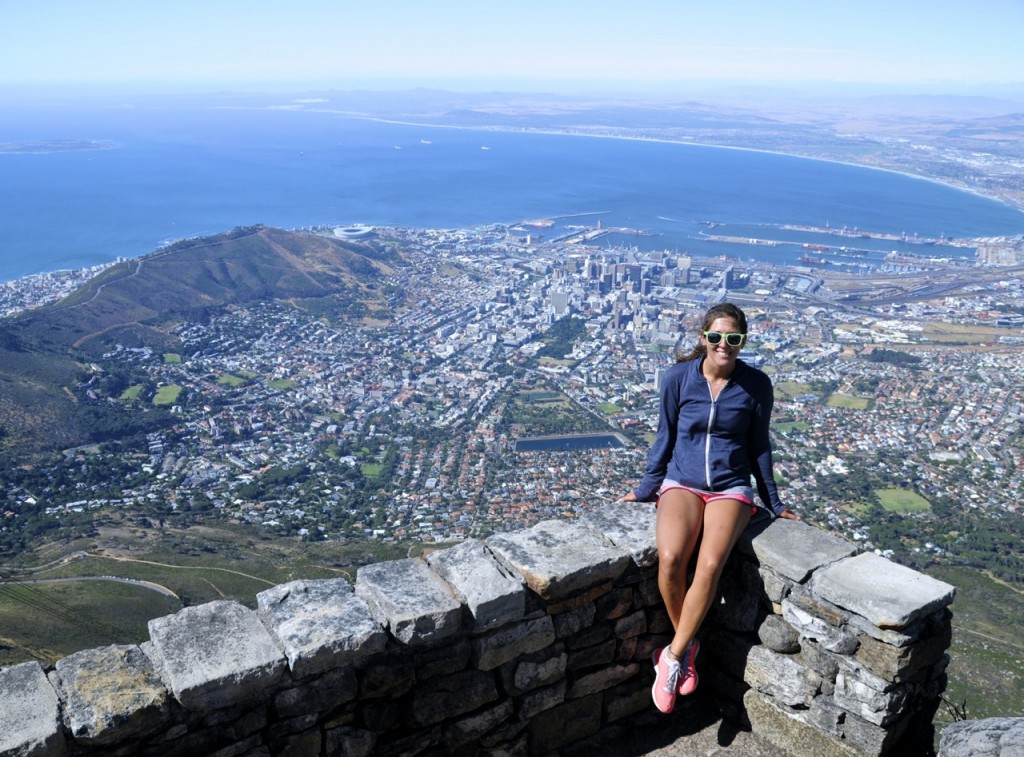 2. Shark Cage Diving – this ranks up there at the top of the list (along with the Nevis & sky diving) as one of the most exciting, adrenaline pumping activities we’ve done so far on the trip. It was slightly different than I expected, as I originally thought you would be submerged underwater a few meters with scuba gear, but it turns out the bubble scare off the sharks. The cage hangs directly off the boat and you hop in the (freezing cold) water and pull yourself underwater when they say down. There are five people in the cage at a time and you are in the cage for about 15 minutes, giving you plenty of time for viewing these amazing creatures. We were all able to get in the cage twice during the day. The largest Great White we saw was about 4.5 meters long and the captain said we saw a total of at least five different Great Whites. If you’re in South Africa, cage diving is a MUST! We had a great time with Great White Ecoventures. Check out our accidentally filmed video which shows a Great White shark coming to say hi! 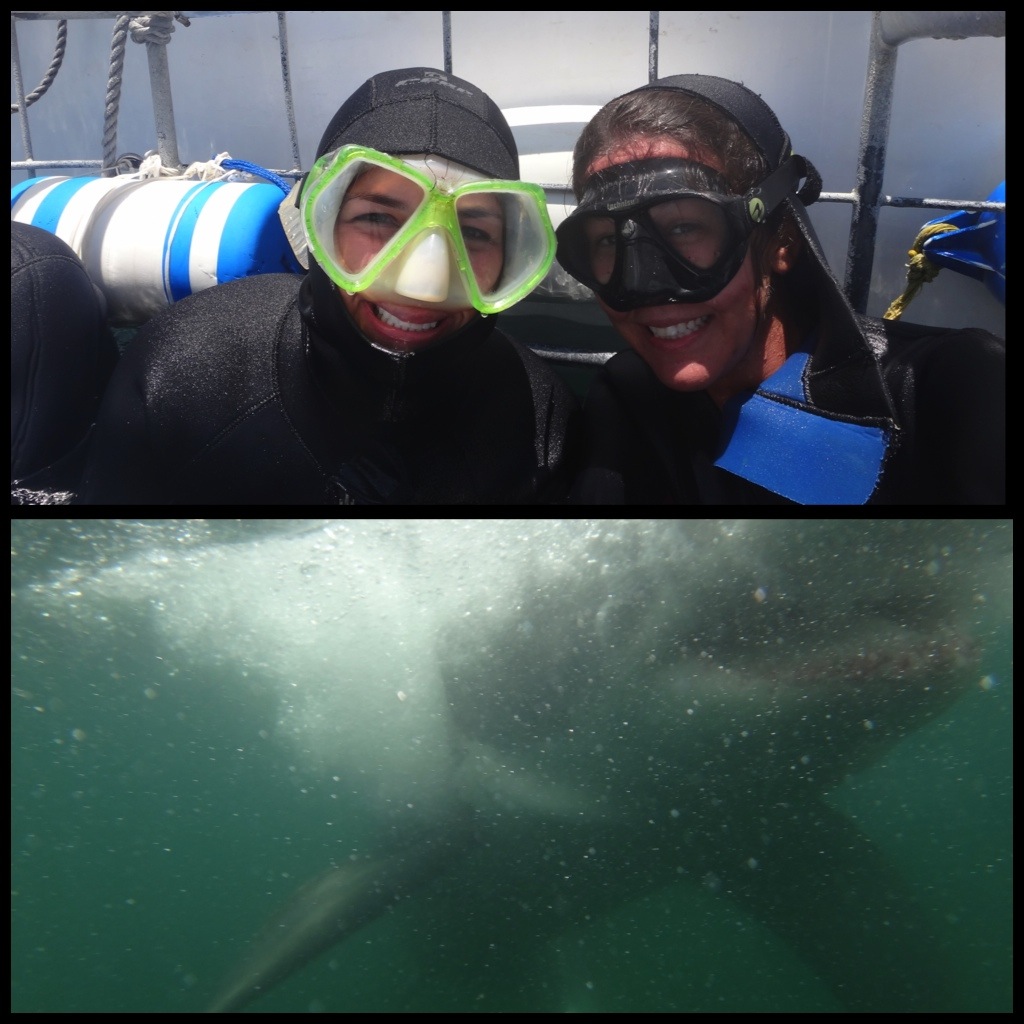 3. Drive down the coast: Cape Point, Cape of Good Hope & Simon’s Town – Another must do while you’re visiting Cape Town is to rent a car and drive down the coast. Checking out Cape Point, Cape of Good Hope (the Southwestern most tip of the African Continent) and on your way back up, Simon’s Town. On the drive down, you can stop at an ostrich farm and feed the ostriches. On the way back, stop in Simon’s Town and play with the penguins on the beach and have a lovely seafood dinner. It’s usually quite windy on the coast, so make sure to bring a jacket! 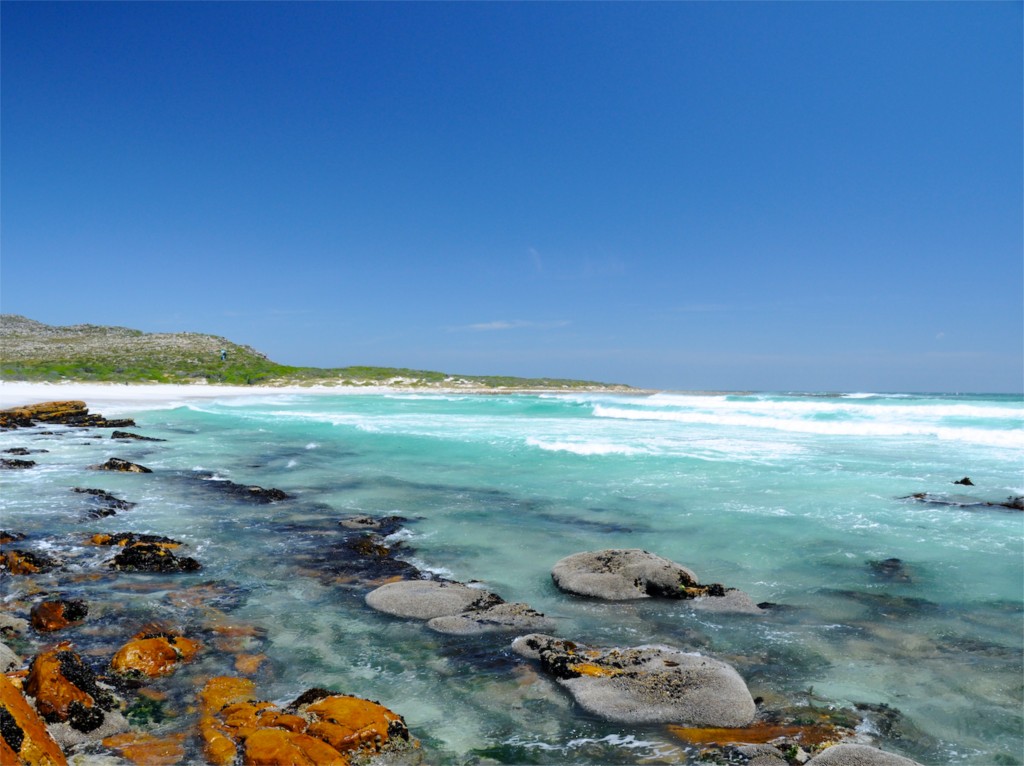 4. Table Mountain – is a flat topped mountain that over looks Cape Town, South Africa and is named one of the New 7 Wonder’s of Nature. It is one of the oldest mountains in the world at around 60 million years old. Climbing Table Mountain is an absolute must do while visiting Cape Town. If you aren’t much of a hiker however, they do offer a cable car up and down the mountain (providing it isn’t too windy!!). The views are out of this world pretty! 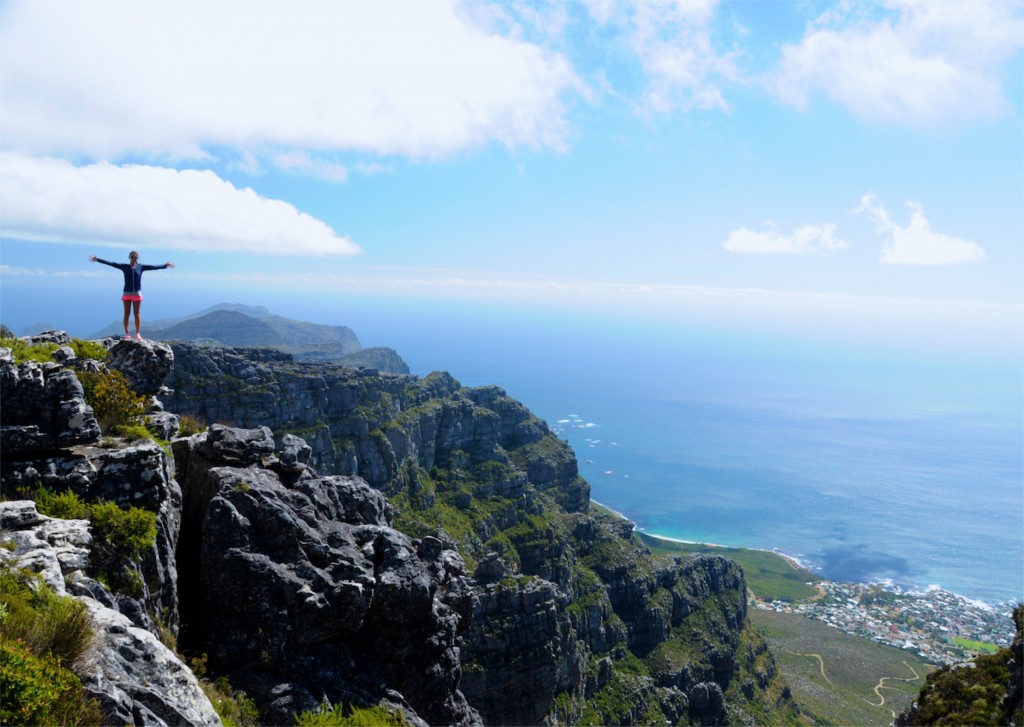 5. Old Biscuit Mill – we loved the Old Biscuit Mill so much we went twice (the same could be said of a certain bar we visited three, technically four times if you consider we left and came back twice in one night, but I don’t think our Saffa friends would speak to us again if we included THAT place in any ‘Top 10’ list. HA!). The Old Biscuit Mill, located in the Cape Town neighborhood of Woodstock, is an adorable local market with delicious local food vendors, craft beers, ciders, local wines and shopping. The market takes place every Saturday between 9am-2pm. GO! And make sure you’re hungry. You won’t regret it! 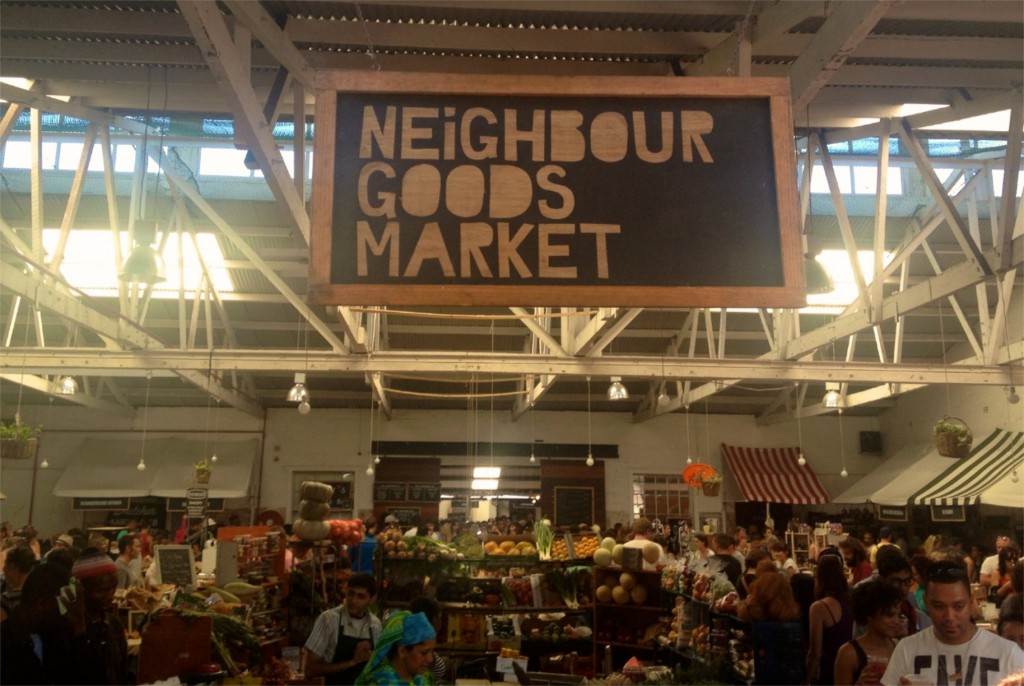 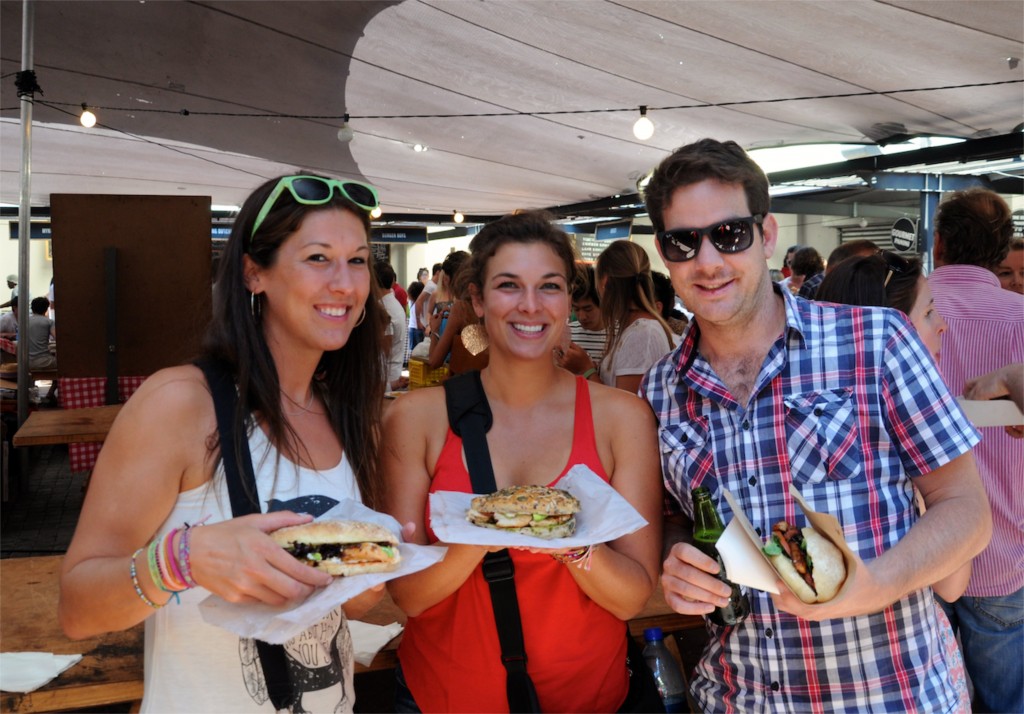 6. South Africa Wineries & Wines – South Africa is known for their wine. In particular the Pinotage which is a hybrid grape unique to South Africa. We took a tour with African Story and it was fabulous and we visited the Stellenbosch, Paarl and Franschhoek wine regions of Cape Town. We tasted lots of delicious wines and cheeses throughout the day! 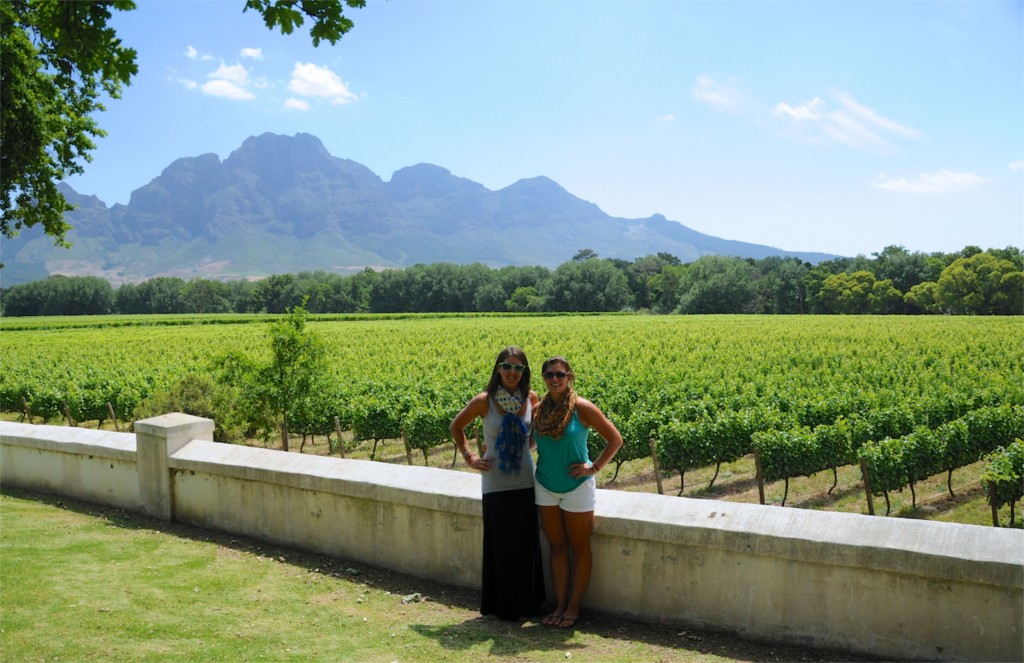 7. Durban – we spent our last glorious weekend in South Africa visiting Durban and staying with one of the most AMAZING hosts EVER! Patrick Duff is seriously the best host around. He took us into his home, made us feel extremely welcome, taught us fun facts about Durban, introduced us to Ricky Loo & Coke’s, showed us a few foosball tricks and showed us an all-around kiff time! 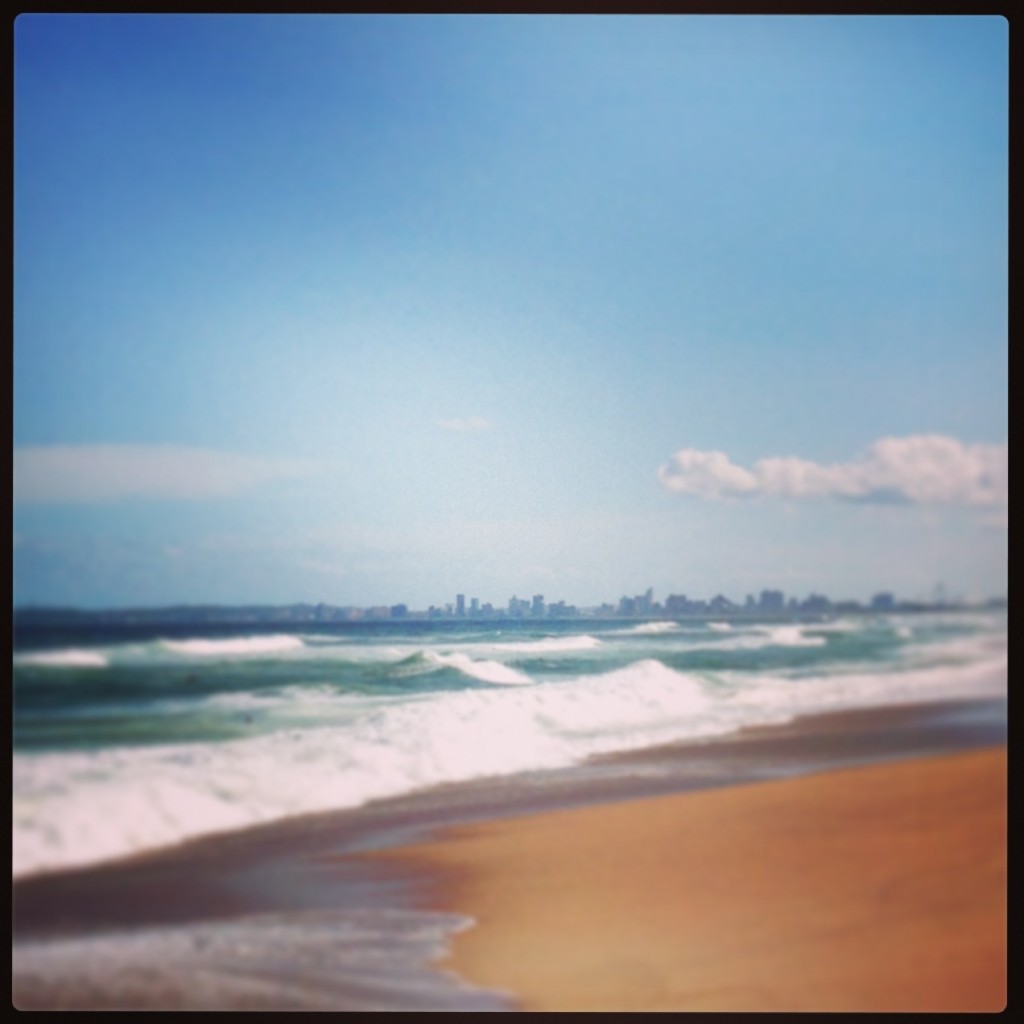 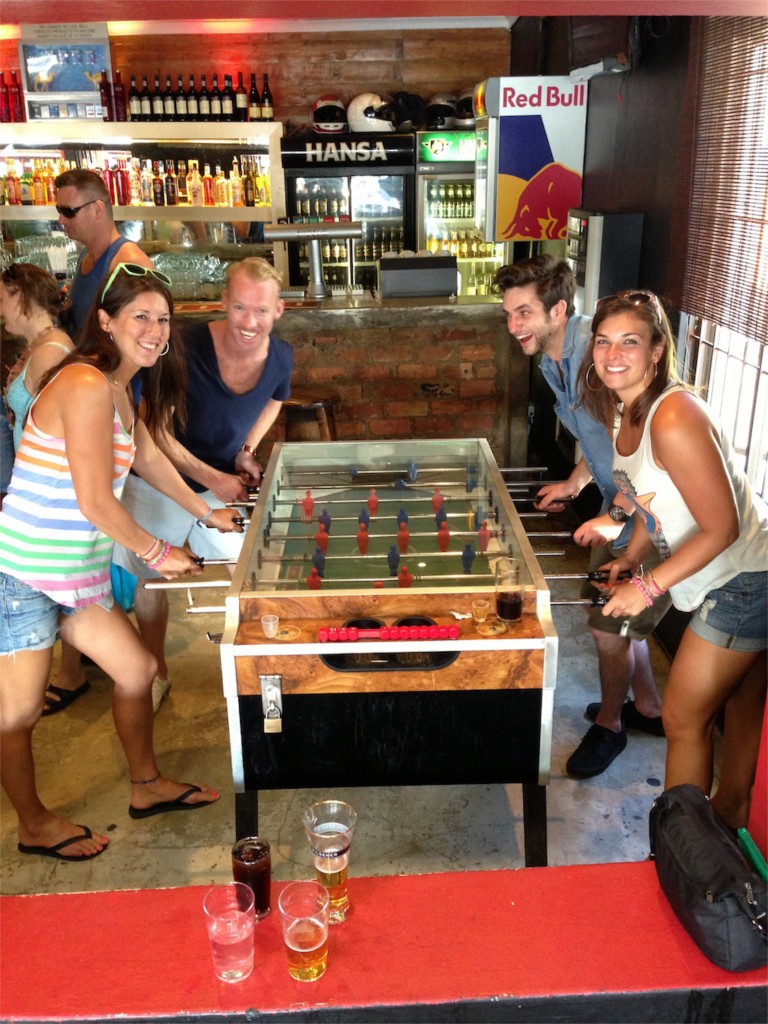 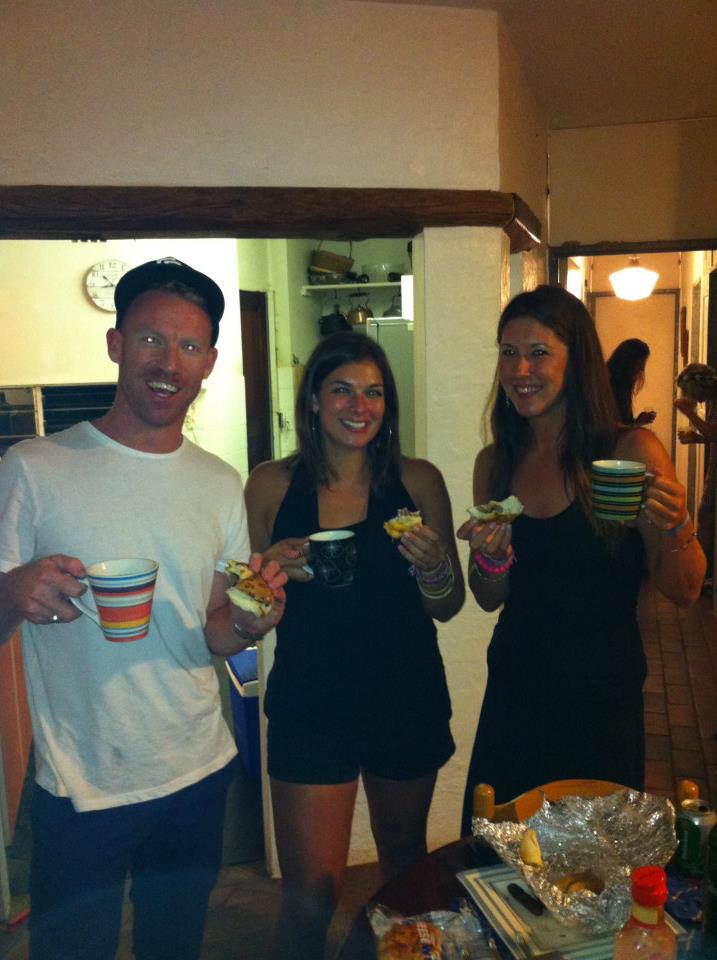 8. Jack Black, Hunter’s Dry & Savanna Dry – no ‘Top 10’ would be complete without mentioning our favorite local beers, and in this case, ciders as well. Jack Black is a Cape Town based craft beer that was by far our fav local beer! We also enjoyed a good bit of the local ciders, mostly Hunter’s Dry & Savanna Dry. Writing this makes me wish I was enjoying one right now! 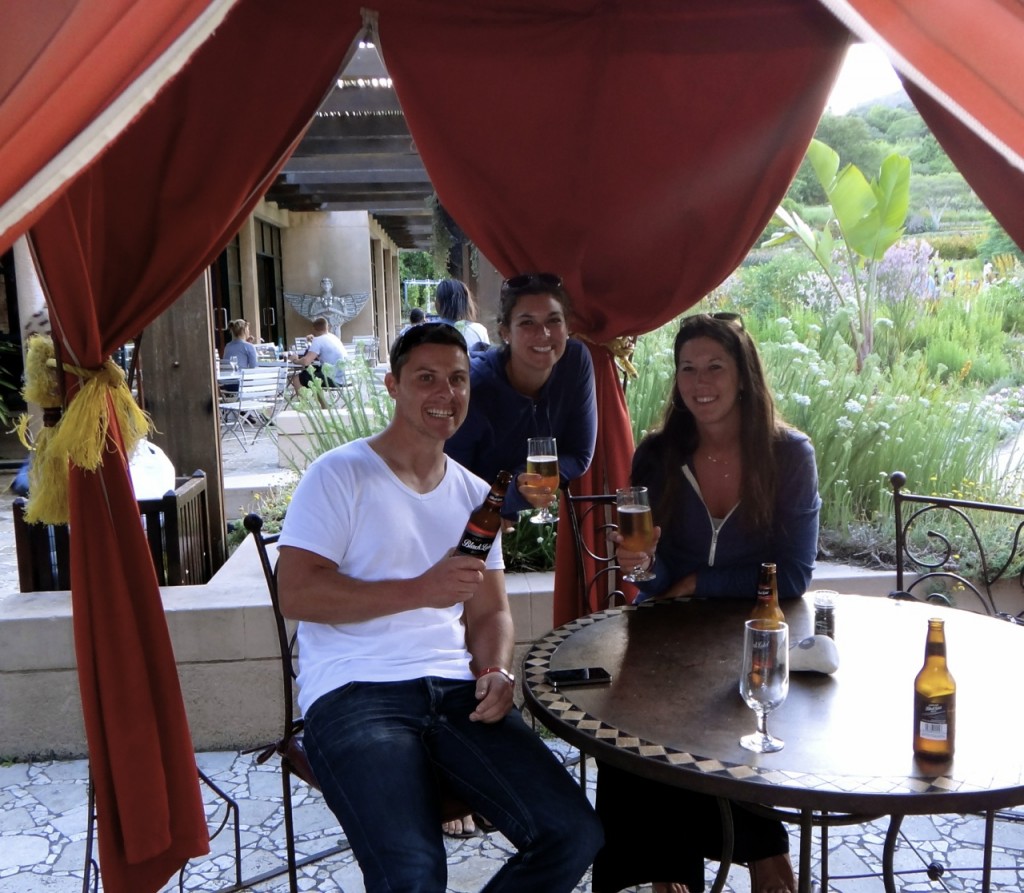 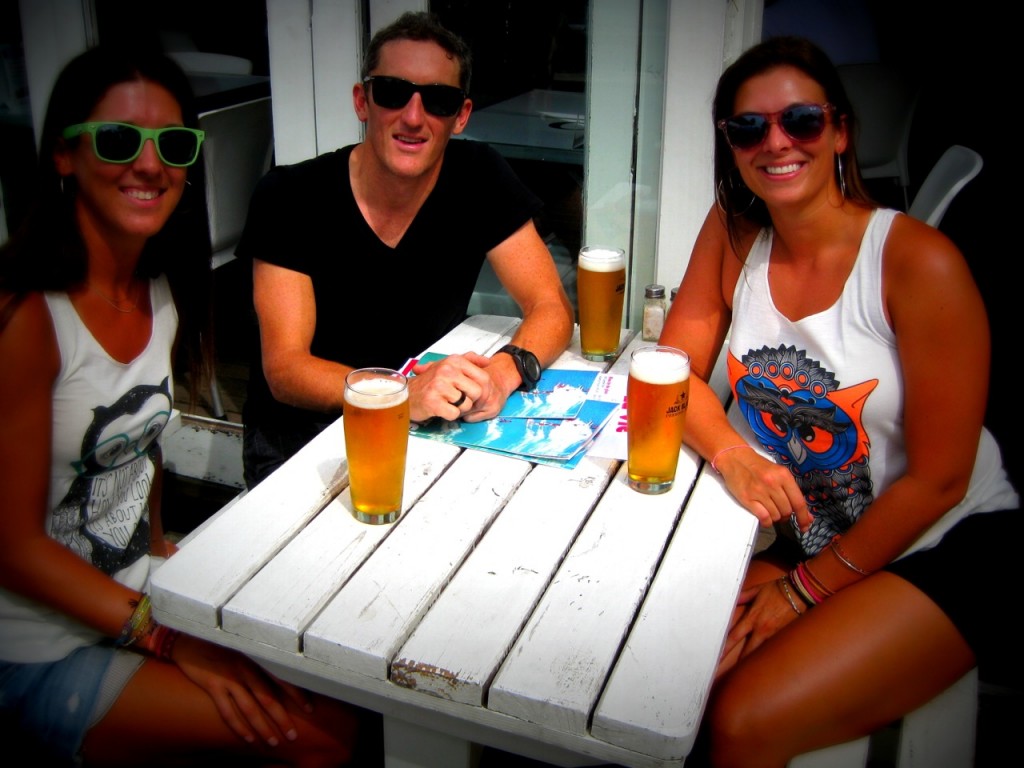 9. Zulu Nyala Photo Safari – I originally debated whether or not to put this on the list because we had so many other amaaaaazing things/experiences in South Africa. But our six day Zulu Nyala Photo Safari was nice and relaxing. More importantly, the trip was purchased to raise money for a charity and you can’t really go wrong there. We had a great time safari’ing for six days with a pretty special group, led by our South African guide Ronnie. If we were to plan the trip over again, I think we would’ve just done the safari in the Serengeti, perhaps used the money to climb Mt. Kilimanjaro and stayed longer in Cape Town. Hindsight. Ha! 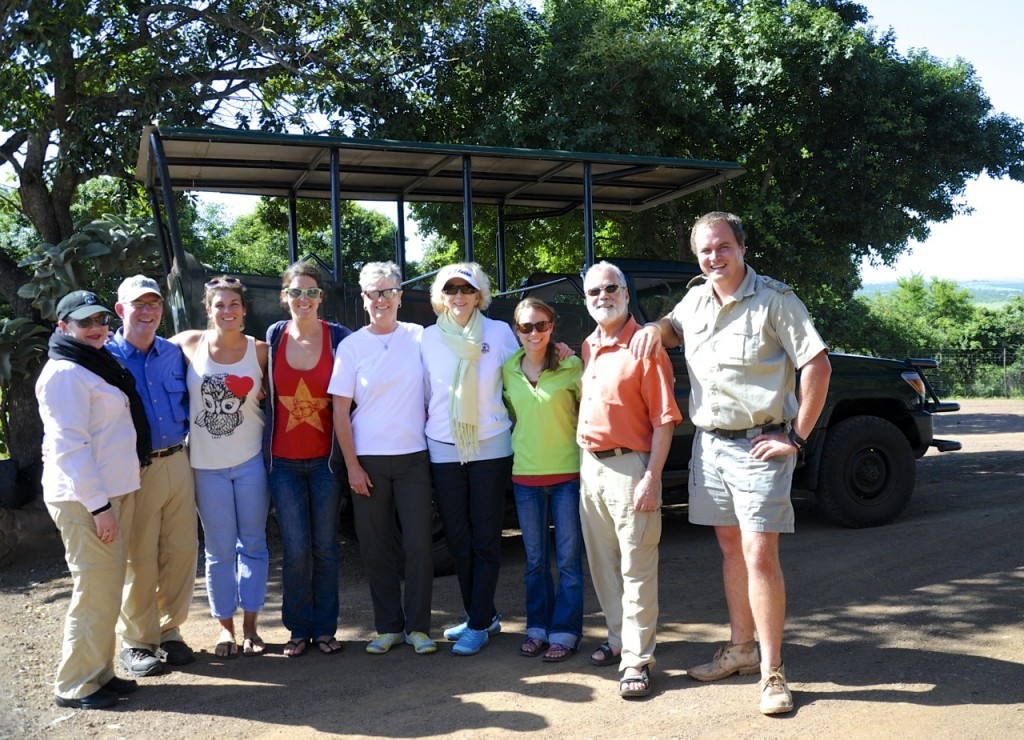 10. Our new (AMAZING) Saffa friends – I know I’ve mentioned them before but they deserve a mention again since they all played a big part in how wonderful our time was in Cape Town and Durban! THANKS AGAIN Allan, Jean, Jon, Nick, Dene, Andy, Brian, Pat, Luke, Louie, Grant, Ernest and the rest of the Zissous & Tigerblood crew. Y’all are the BEST! 🙂 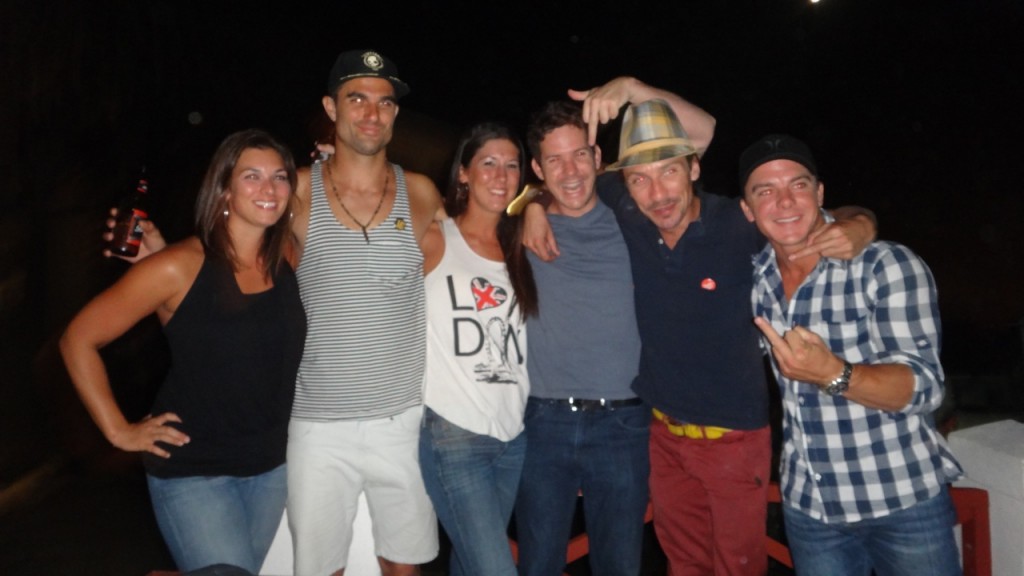 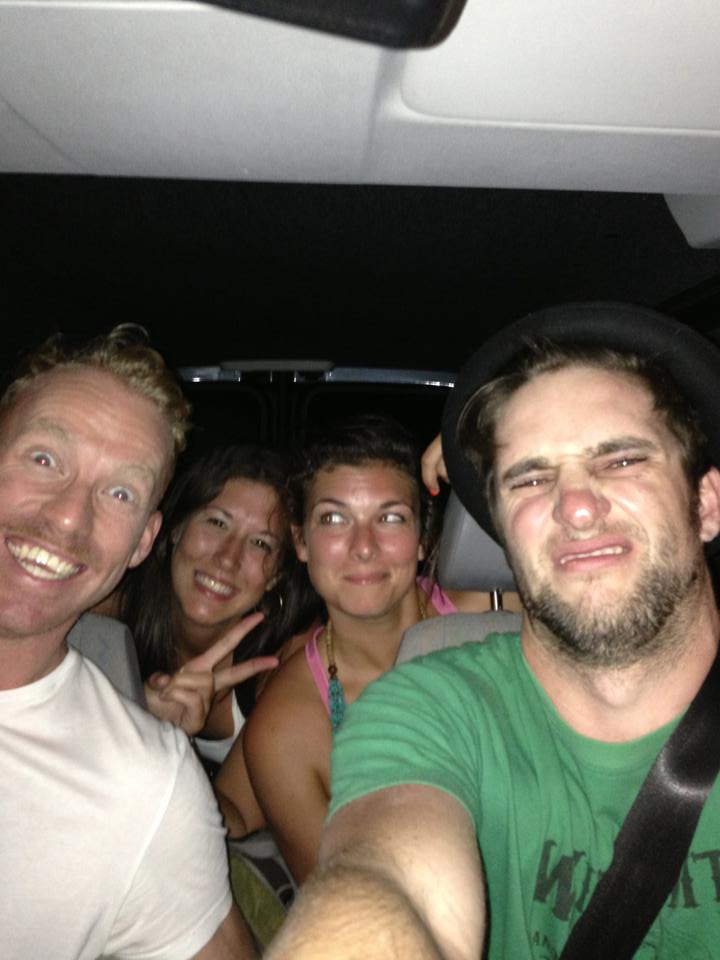