Tanzania is rad! The people are friendly, the food is excellent and the scenery is magnificent! We spent the first part of our time in the Serengeti and the second half chilling on the beach and enjoying the beautiful white sand and blue waters of Zanzibar. 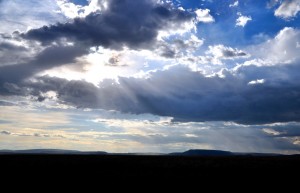 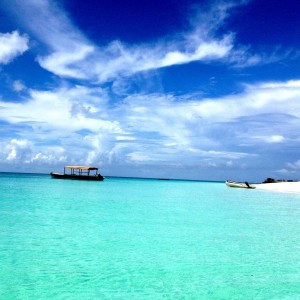 If you are an American (or Irish) citizen, you have to pay a $100USD visa fee, as opposed to the $50USD required by everyone else. Maybe not a fun fact, per se, but an important one, as we didn’t have enough cash on us and needed to borrow money from our cab driver, since the Kilimanjaro airport didn’t have a working ATM. 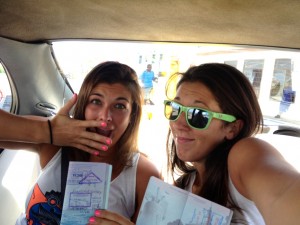 If you are making an unplanned, last minute jaunt to Tanzania, you are able to get a Yellow Fever shot in the Kilimanjaro airport, if you haven’t received the shot and/or don’t have the required proof of vaccination.

The Zanzibar International Airport is one of the crappiest airports I’ve spent a considerable amount of time waiting in. However, they do have free Wifi. A shocking, yet amazing bonus!

Tanzania was originally known as Taganyika until it joined with the island of Zanzibar in 1964 to become The United Republic of Tanzania. 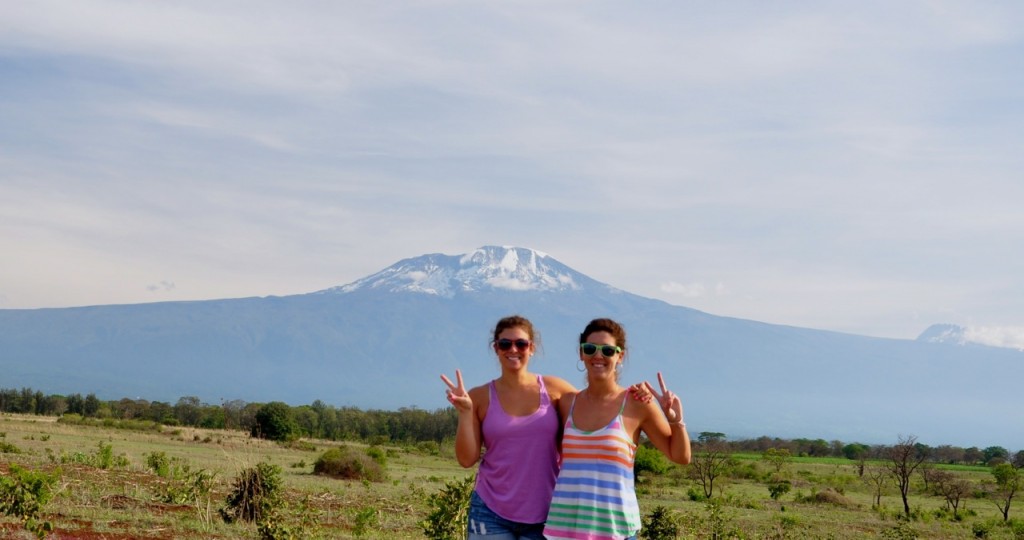 The official languages of Tanzania are Swahili and English.

I really got into the Swahili and I think perhaps it could’ve taken off had we been in the country longer. Apparently Swahili is one of the easier languages to learn if you are a native English speaker.

A few other often used phrases:

1. Zanzibar – is breathtakingly beautiful! I feel like I’m becoming so spoiled with all of the gorgeous beaches we’ve gotten the opportunity to visit. The pictures don’t even do it proper justice. We spent a solid week at Kendwa Rocks in Zanzibar relaxing by the ocean and it was heaven. 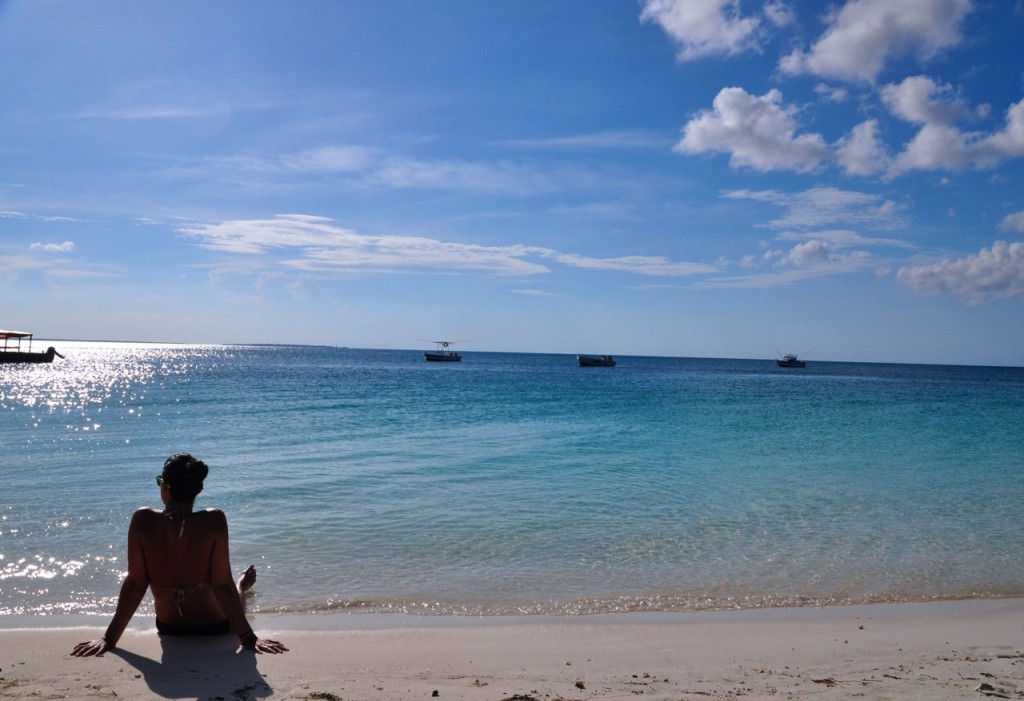 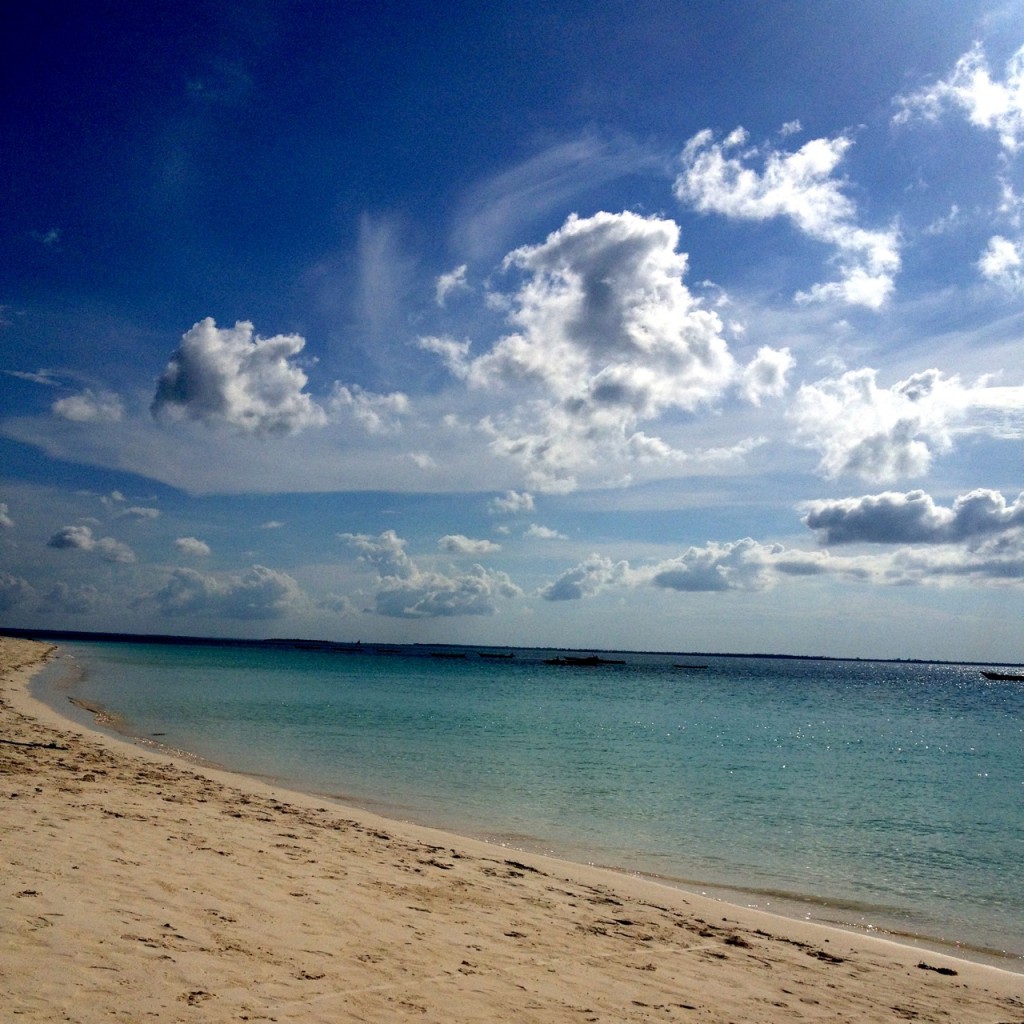 2. Serengeti National Park – is just as amazing as I thought it would be from all my hours watching The Lion King as a child (obviously though not when Scar tries to ruin Pride Rock). It’s incredible. We were fortunate enough to visit during the Great Migration and saw herds of wildebeest and zebras making their way to the watering hole. We also saw lions, giraffes, buffalo, elephants and leopards. 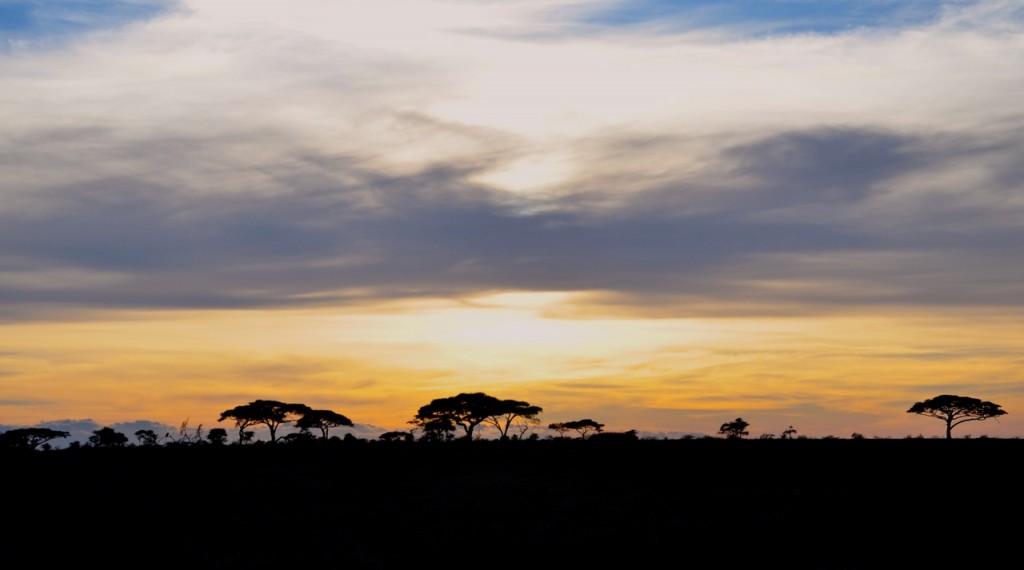 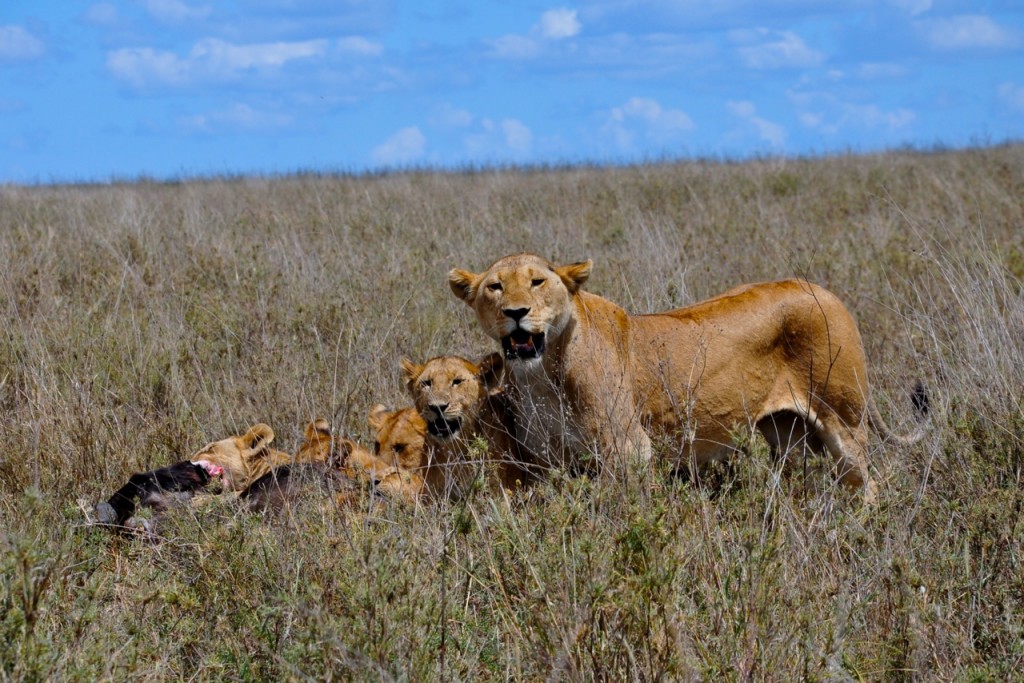 3. Ngorongoro Crater – was equally as awesome as the Serengeti. We rounded out the Big 5 with our sighting of a rhino in the Ngorongoro Crater, but other highlights included a lion eating a zebra and two ostrich families crossing the road with a bunch of precious ostrich babies. 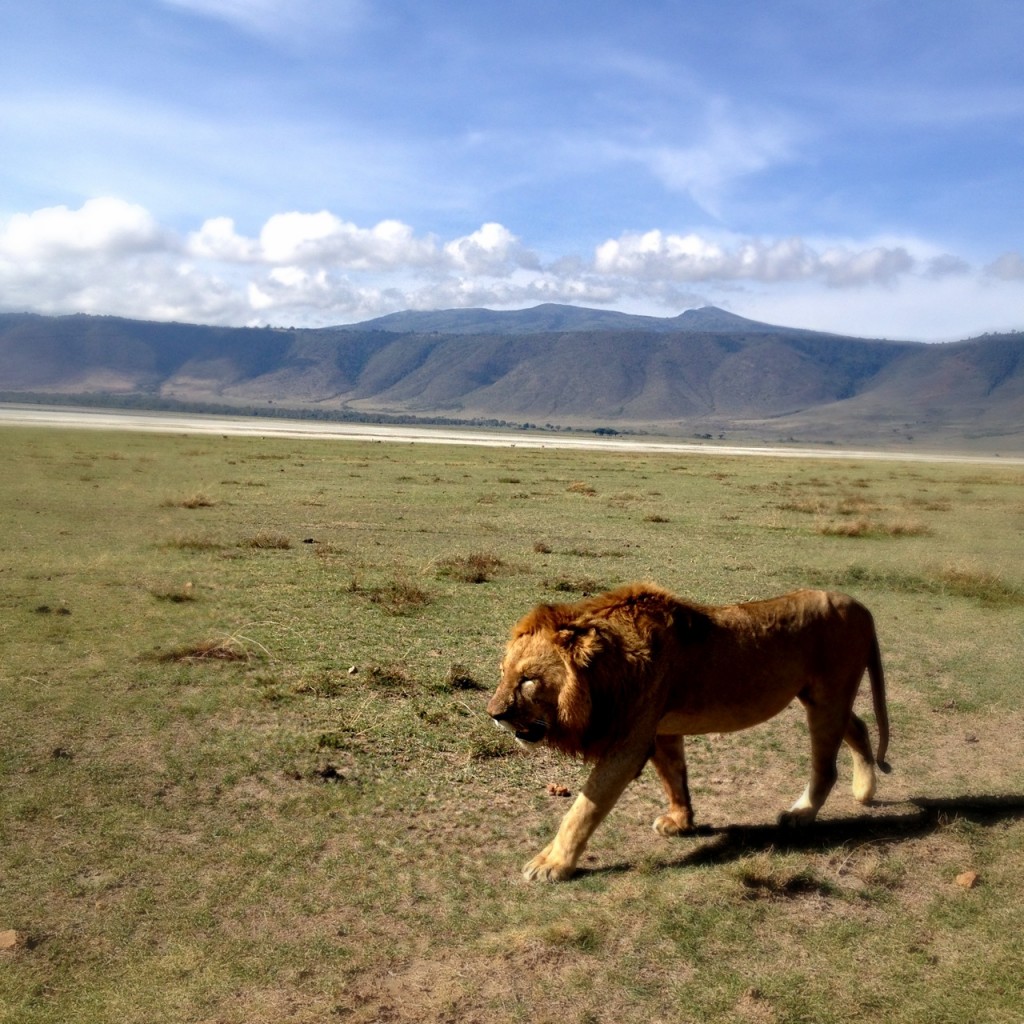 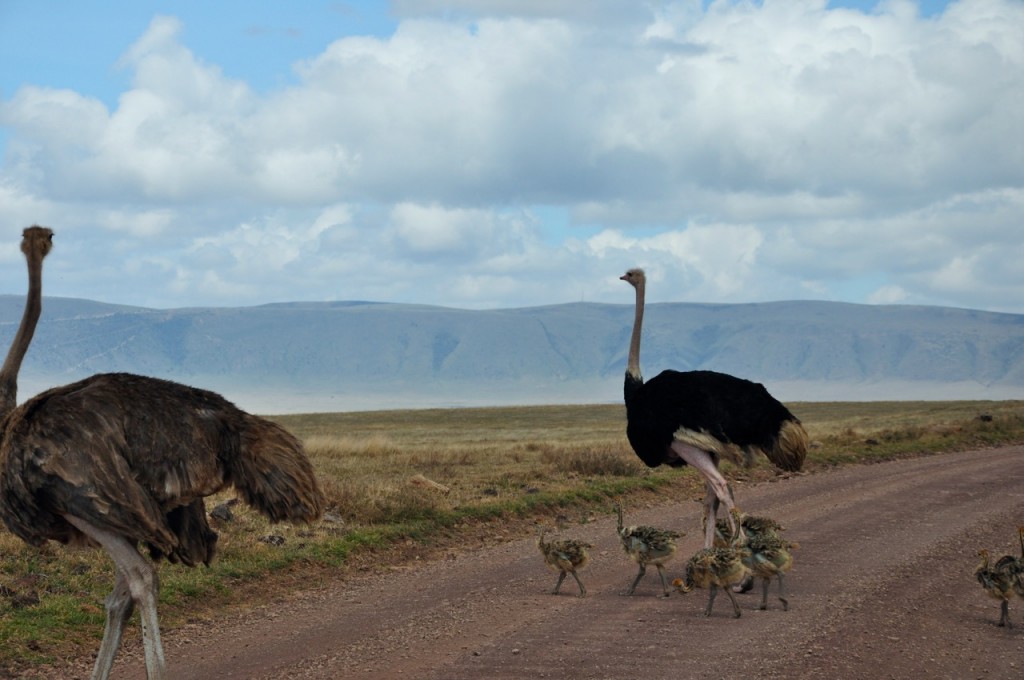 4. Spice Tour – we went on a spice tour near Stone Town and despite an hour-long, torrential downpour, it was fascinating. Along with tourism, spices are one of Zanzibar’s main industries. Most spices were brought over by the Arabs but they all grow extremely well in climate of Zanzibar. Cloves were the first spice to Zanzibar and is one of the most important spices. Cinnamon is known as the ‘king of spices’ because you use all parts of the tree to make various products. At the end of the tour, our guide presented us with necklaces and crowns and we sampled some fruit, including jackfruit which I’d never tried and it was pretty tasty. Before heading onward to Stone Town, we stopped by the spice farm families home to have a lovely lunch. 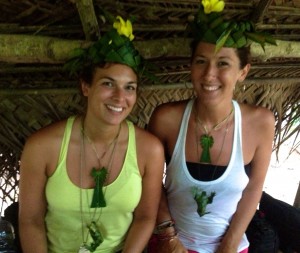 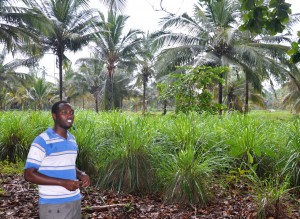 5. Serengeti, Kilimanjaro, Tusker – we love trying all the local beers. Our favorite was Serengeti but Kilimanjaro and Tusker were also excellent local options. Very refreshing after a long day game driving through the Serengeti, or relaxing on the white sands of Zanzibar! 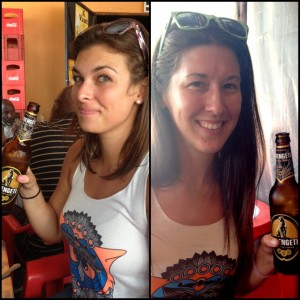 6. Dala Dala – the dala dala is a local form of transport in Tanzania where you sit in the back of a covered pickup truck with benches along the sides and back. It should hold around 10-12 people, except that it usually carries anywhere from 20-30 people, jammed in to the max (with some folks hanging off the back). It was the cheap, local way to get from Stone Town to Kendwa beach, costing a whopping $3 each (versus the $35 each cab ride). DON’T however sit in the back corner. I got stuck there for the first few minutes and I sat there pouring sweat in my own personal hell, claustrophobic and anxiety ridden wondering how I was going to survive an hour and a half like that, until some sweet man switched with me. 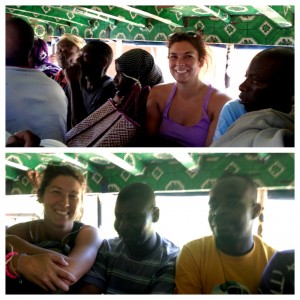 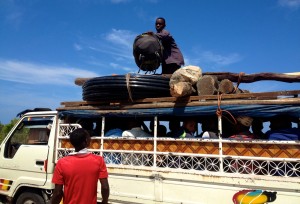 7. Kendwa Rocks – on record as the location we’ve stayed the longest since beginning our round the world trip. We spent seven nights at Kendwa Rocks and it was a glorious ‘vacation’ from our ‘vacation.’ Now, we stayed in the cheapest room (the fan room) and it was nothing to write home about, which explains why we spent a large majority of our daily hours under the cabana or in the water. Kendwa Rocks also hosts a monthly Full Moon Party, held on the Saturday before or after the full moon. Sadly, while we were there for the actual full moon, we left the day before the Full Moon Party. 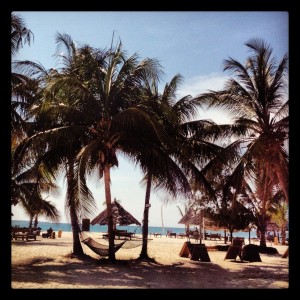 8. Stone Town –  a UNESCO World Heritage Site, is regarded as the historical center of Stone Town. Stone Town is made up of a mixture of Arab, Indian, English and Portuguese influence. In the 19th century, it was renowned as a trading center, mainly spices and slaves. Stone Town was the world’s last open slave market and was shut down in 1873, following the appeal David Livingstone made in 1857 to the English Universities of Oxford and Cambridge. 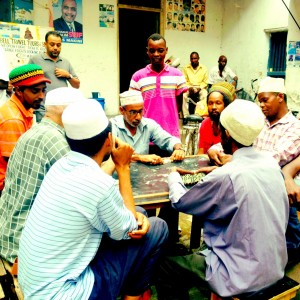 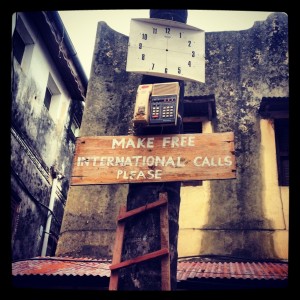 9.  Sunset volleyball – Kendwa Rocks had a volleyball court that was put to use throughout the week. My favorite game was our first…a little sunset volleyball to kick off our week at the beach and celebrate Turkey Day! 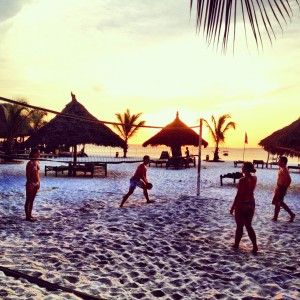 10. African sunsets – the landscapes in Tanzania are unreal, amazing. And the sunsets are that much better. I don’t understand how it can be so rich and vibrant, but it’s just spectacular. 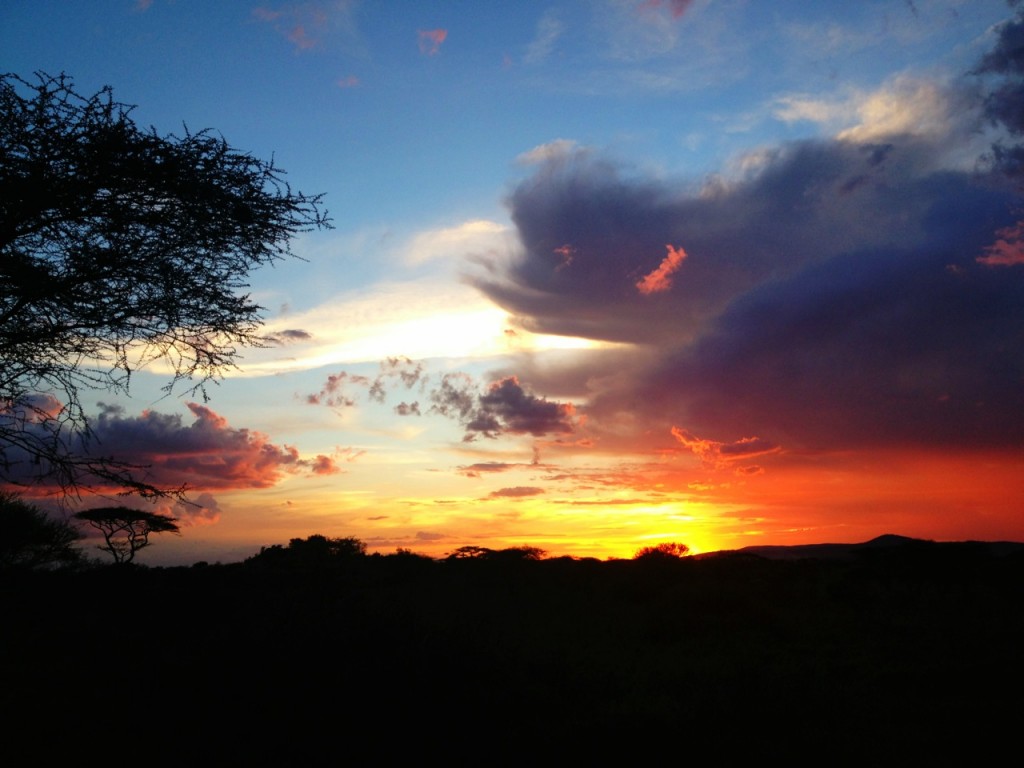