I went with a group from our hostel to my first ever football (soccer) game while we were in Mendoza. We went to the Under 20’s Argentina v. Paraguay game. Since it was Under 20’s and Messi wasn’t playing, it wasn’t all that crowded. The unfortunate part was that they didn’t sell beer in the stadium. I mean, a cold beer goes with sporting events like ice cream goes with cake or tea goes with biscuits. The other unfortunate part is that I was looking down at my phone when Argentina scored their only goal. I did however see both goals that Paraguay scored, granted the crowd was less than thrilled about those two. South America is really into their football and the crowd was super amped up for the game. Hopefully that won’t be my last during our time here! 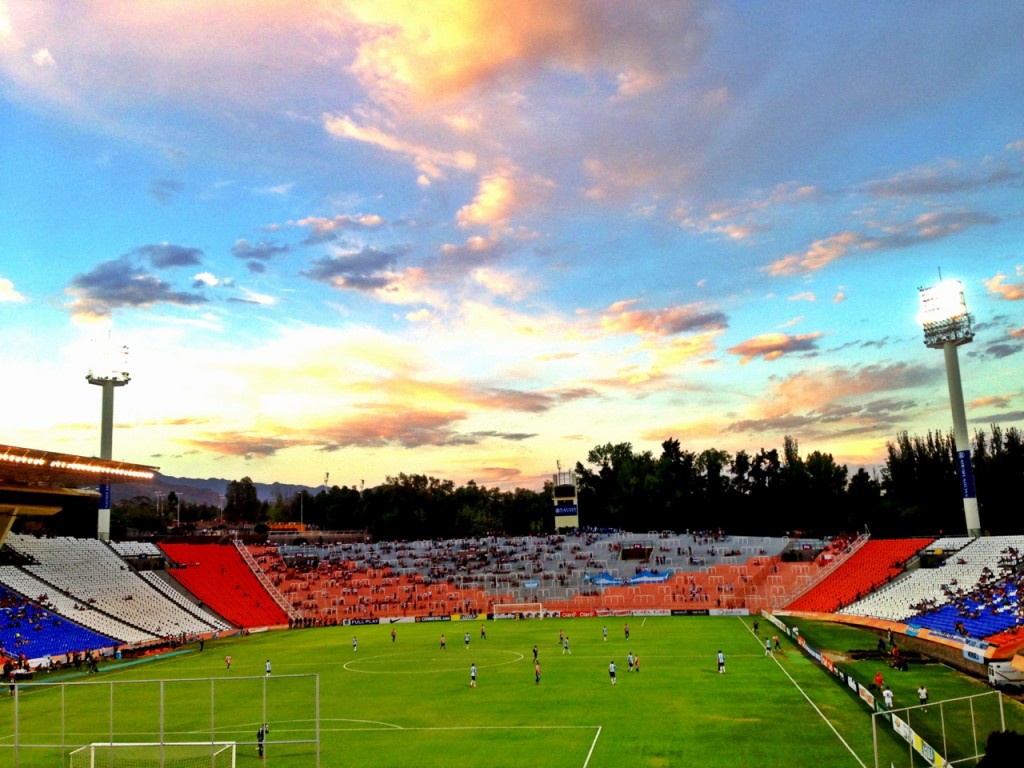