Well, that was interesting. My first bus solo and I found myself sprinting after the bus, banging on the back and side of the bus yelling for it to stop. Normally, it wouldn’t be that big of a deal to miss a bus (although, I never have…knock on wood), except this bus takes your luggage when they process your ticket and load it on the bus for you. All of my worldly possessions were under the bus I was running after, with the exception of my electronics, which were on my back.

At certain bus stations in Bolivia, you have to pay to get onto the platform. Normally, it’s at the door, but at the Sucre station, it’s a desk inside, so I had to go back in and get a ticket. Afterwards, I walked casually out to platform nine. I still had five minutes till the bus was due to leave.

When I got to platform nine, there was no bus….SHHIIIIIITTTT. These sweet Bolivianos standing there motioned in the direction of where the bus went and I took off like a shot. A few of them even ran after me to give me the crackers that had fallen out of my bag. The bus stopped, and I boarded. Holy Moses, it was a close one. It was like a ridiculous scene from a movie. And a good travel lesson that sometimes buses do apparently leave early.

Danielle and I are going to be separated for the first time in seven and a half months to give the solo female traveler thing a try. She is staying in Sucre to take Spanish lessons and I am missioning along the route to try and get to the beach by my birthday. I’m a bit nervous about it and will probably have separation anxiety at some point, but I imagine it’ll be a great experience. Hopefully all my experiences solo won’t be quite as rocky as the first. Ha! 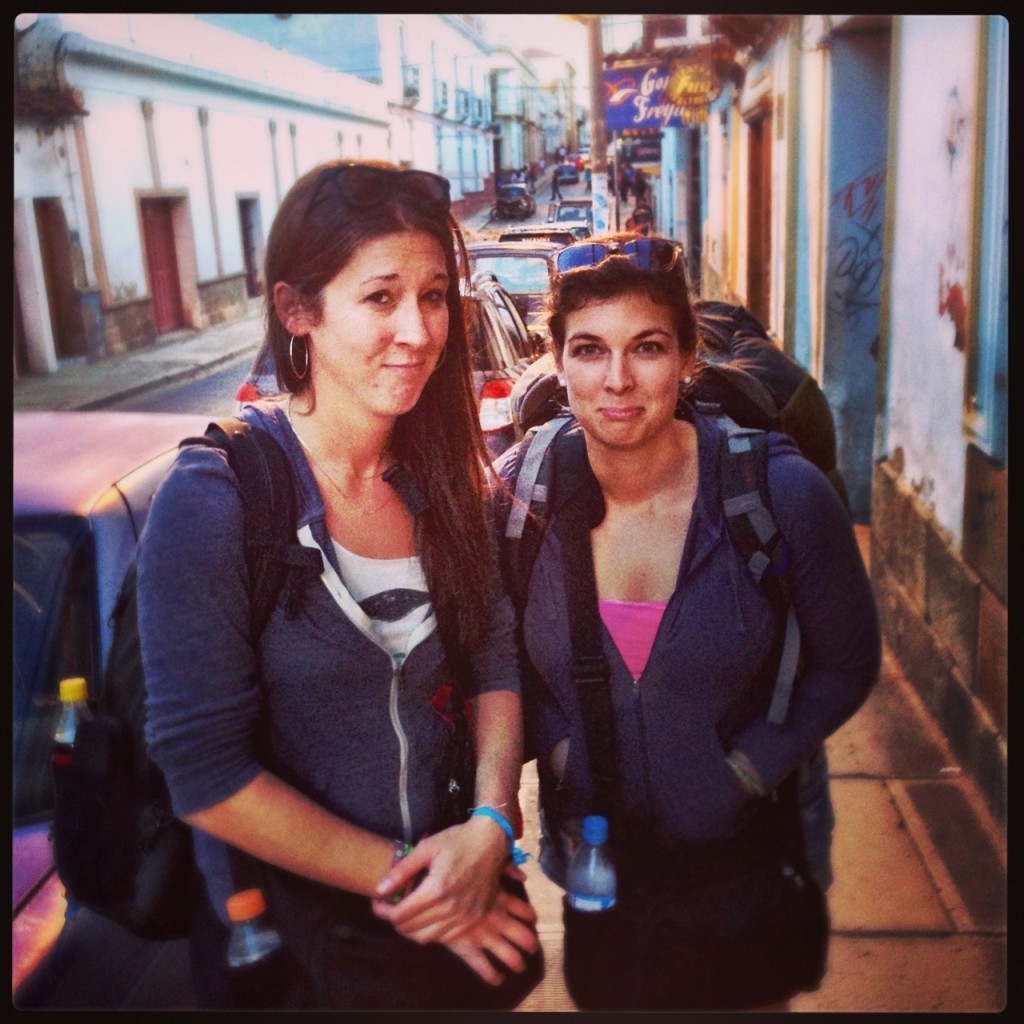