After finishing our Salar trip in Uyuni, we set off to Potosi. Potosi is a UNESCO World Heritage Site, as well as one of the highest cities in the world sitting at 4,090 meters (13,420ft). Potosi was founded in 1545 as a mining town and became extremely wealthy since it lay beneath the Cerro de Potosi, a mountain with an abundance of silver ore. Potosi was the major supplier of silver for Spain during the period of the New World Spanish Empire.

Even though it has depleted, the mountain is still mined for silver today and one of the main attractions for tourists in Potosi is a tour of the mines. On our first full day in Potosi (we arrived in the evening on Saturday), Danielle came down with some sort of flu-like illness. She wasn’t sure if she was going to go on a tour, but on the following day, she felt much better and decided to join us. However, I had woken up feeling not the greatest. 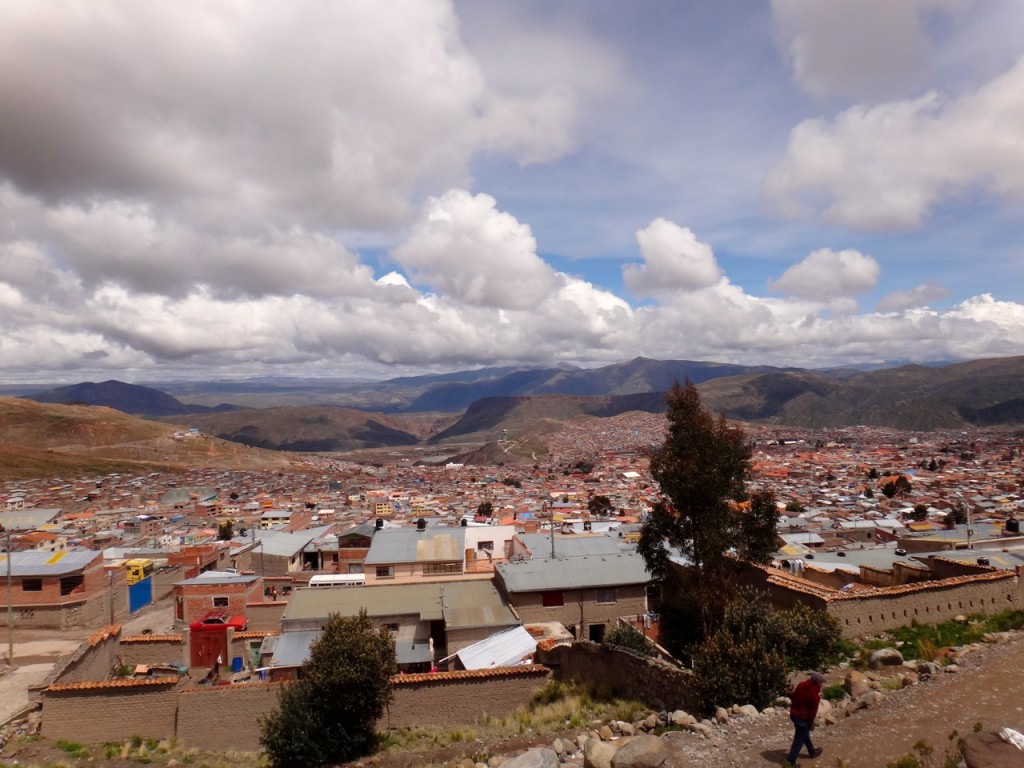 (A view of Potosi)

The tour begins at the shop where everyone gets dressed in appropriate protective miner gear, including a bandana to help with the dust (the gun was just for a photo op and was not carried into the mines…). After getting suited up, we headed to the miners market to buy gifts for the miners. Danielle and I both purchased a stick of dynamite (for $3), juice and coca leaves to give to the miners as presents. 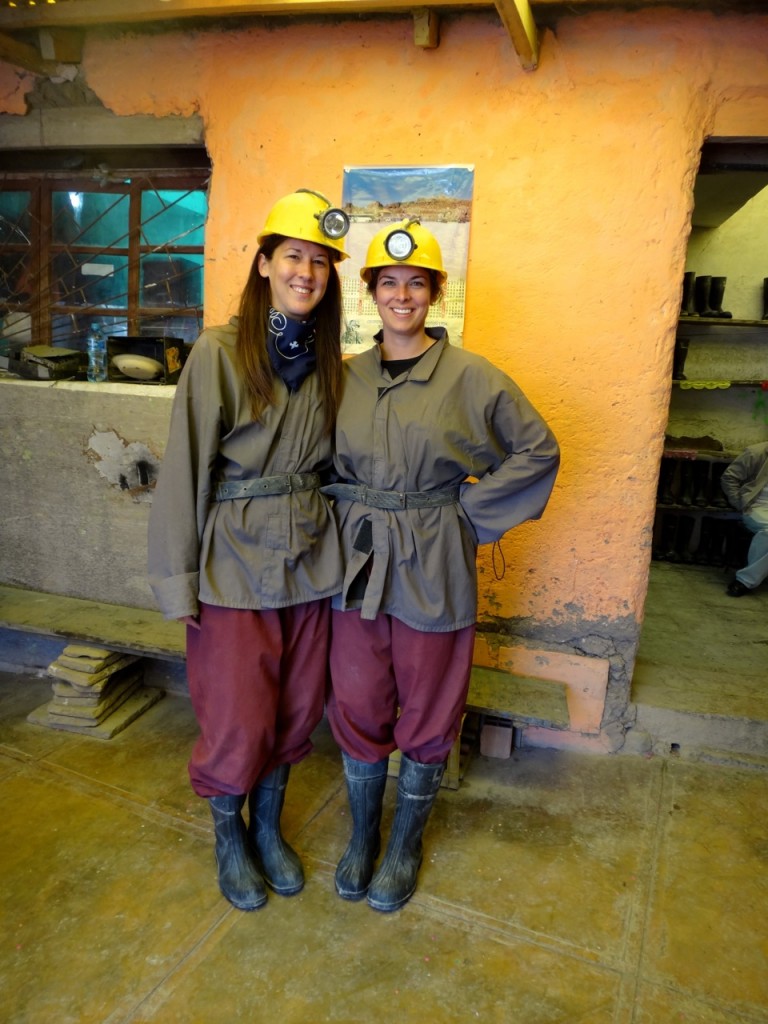 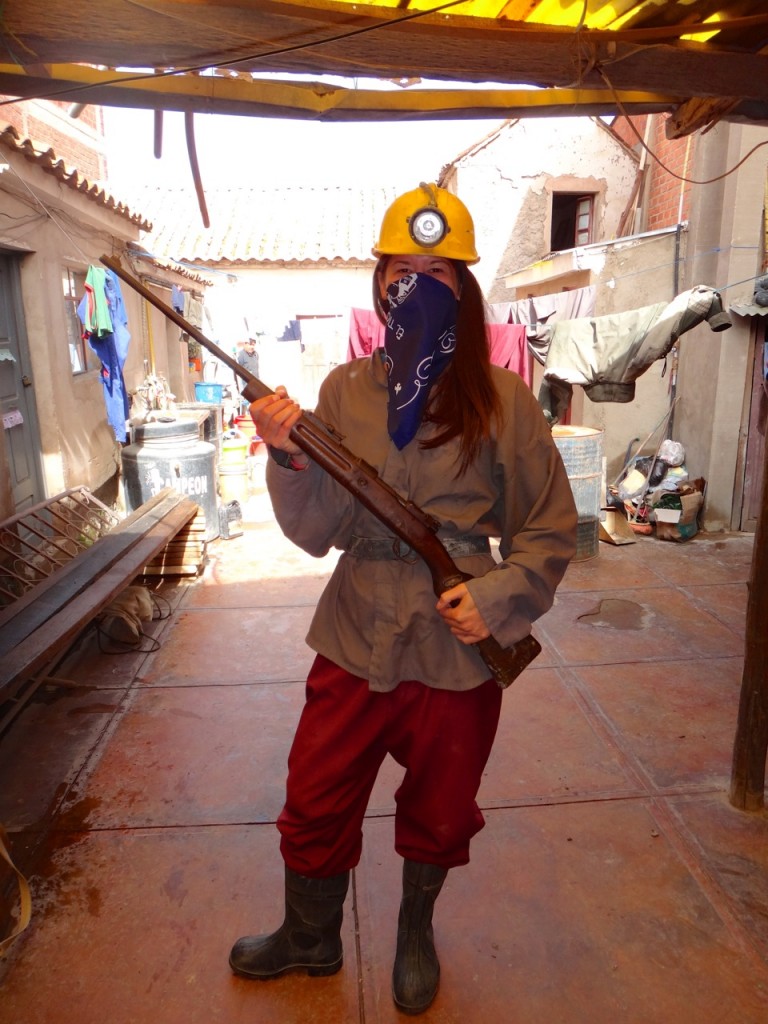 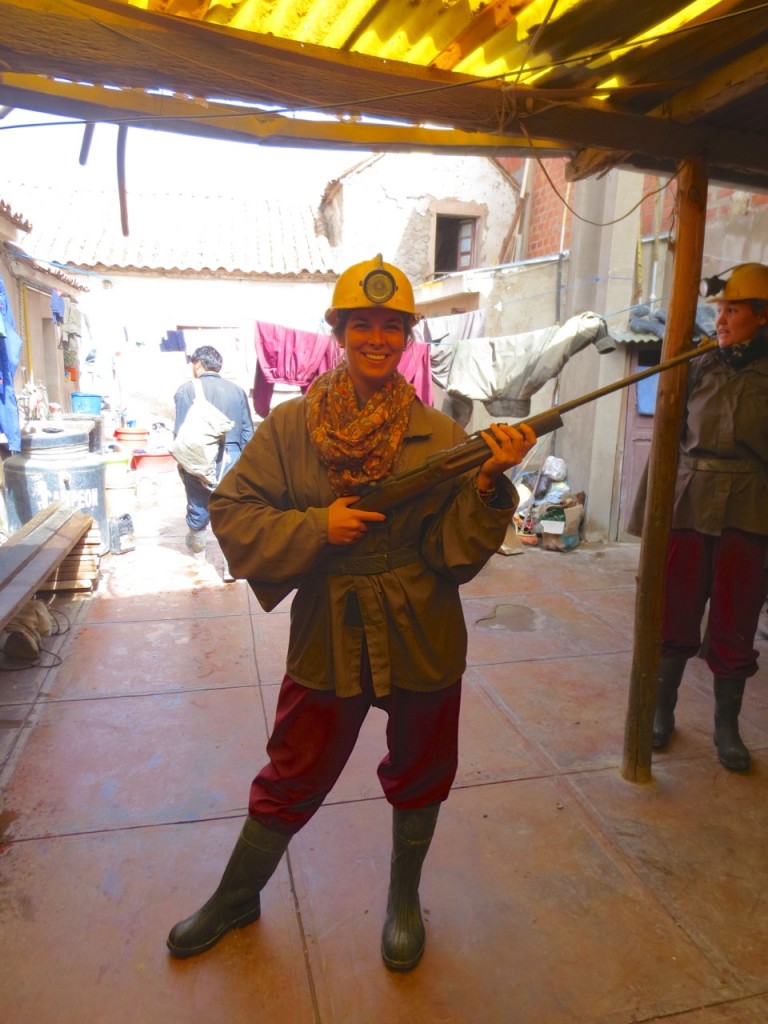 (Dressed in our gear) 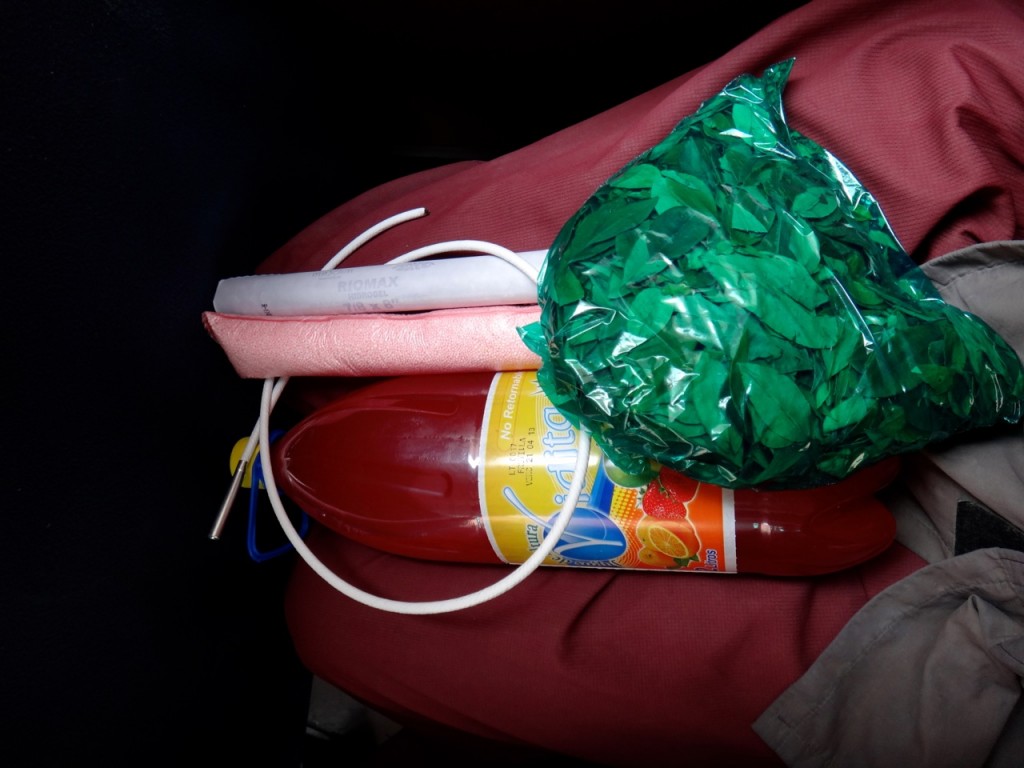 Following the miners market, we headed to the refinery to learn how they process the minerals found in the mines. During the refinery portion of the tour, I was starting to get hit full on with chills and what felt like a fever. About to head into a mine for the next two hours is not really the most ideal time to start feeling sick.

From the refinery, we headed to the mine. By this point, I felt like total crap, but I had paid for the tour so I decided to try and power through. As we entered the mine, the first 100m or so was quite chilly, dark and you were forced to walk hunched over for a majority of the time to avoid hitting your head.

Then the mine started to get a little smaller and you could tell you were descending into the mountain as it started to get incredibly hot. This was the point that I freaked out. Anxiety kicked in as I was not  able to breathe properly, combined with feeling like my fever, chills and aches had taken full control of my body, I burst into tears.

The secondary guide kindly took me out of the mine (back through the same way we came) and showed me El Tio, the spirit of the mines, since he was located near the exit. Miners pay special tribute to Tio and give offerings of alcohol, coca, cigarettes, amongst other things, in return for his goodwill and blessings of good health and fortune in the mines. As I waited for the others on a bench outside the mines, tears streaming down my face and shivering, the sweet miners outside came over, offered me candy and then a bed to lay down on in their little room, after I explained to them in my broken Spanish that I was sick. I fell in and out of sleep for the next hour and a half while the group finished the tour of the mines.

I just wanted to get the heck out of Potosi, out of the cold (our hostel dorm room was particularly cold and drafty) and to the slightly lower altitude of Sucre. Thankfully, we were able to get on the 5pm bus to Sucre. Although I did cry in the bus station as well because my bag felt like it weighed a million pounds and my body ached so badly. All I wanted at that moment was to be at home, on the couch watching movies and have my mom bring me Sprite and toast. It doesn’t matter if I’m almost 31 (gasp!!!), when I’m feeling sick (especially the flu), all I want is my mom to take care of me. We made it to Sucre that evening and I went straight to bed, in a room that was, thankfully, warm and not drafty. 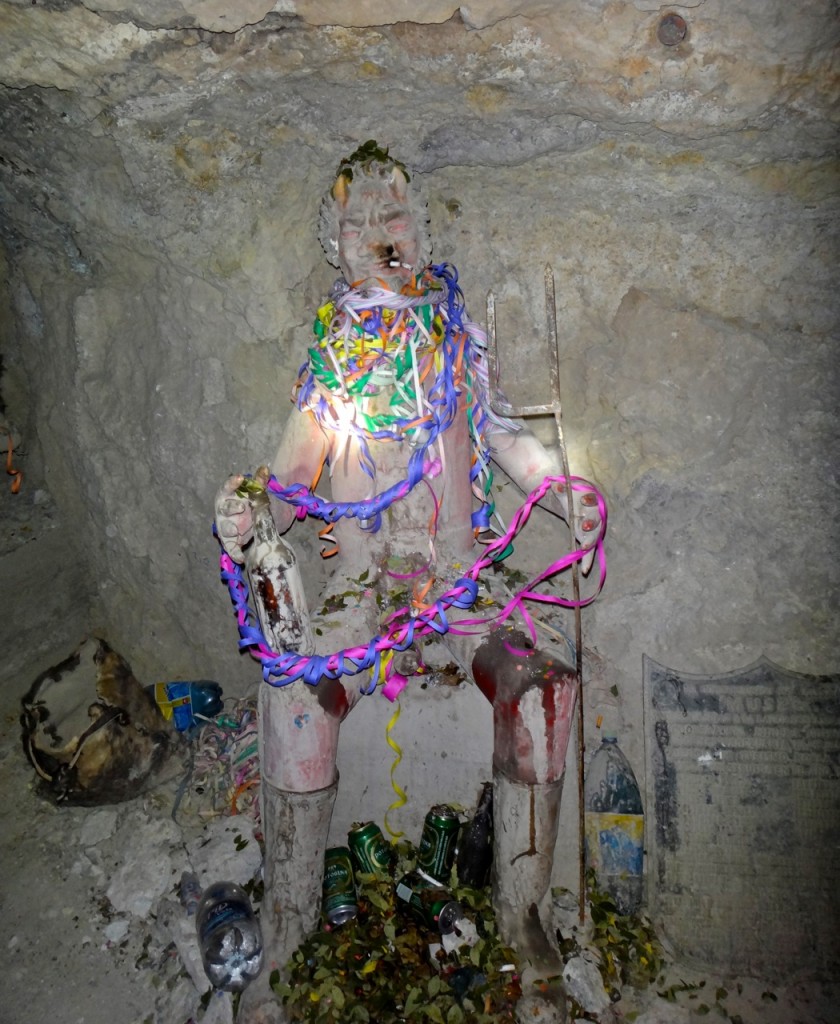 (El Tio with his offerings)