One of the main attractions that backpackers talk about when referencing La Paz is biking down ‘Death Road.’ Death Road or Yungas Road, as it’s officially known, is the most dangerous road in the world. Annually the death toll was around 200-300 travelers. The road runs alongside the Yungas Valley, which is a large producer of coca. The road was created using some 10,000 Paraguayan prisoners (from the Chaco War; the bloodiest conflict fought in South American in the 20th Century) to make it easier and more efficient to get the coca out of the valley. According to our guide, Bolivia is the worlds largest producer of cocain (Colombia is second), however the coca from this particular valley is sweeter and is used mostly for legal uses; teas, coca leaves and Coca-Cola. The Coca-Cola Companies is one of the largest buyers (at least according to the information given during the tour, however I couldn’t confirm this online). In 2006, a new road into the valley was finished which lessened the traffic on Yungas Road.

Biking the 63km (40mi) down Death Road starts at La Cumbre (4,700m/15,400 feet) and ends in the Yolosa Valley at 1,100m (3,600 feet). 43 of those kilometers are spent biking down the gravel Death Road, under waterfalls, around sharp curves and on some questionably narrow roads. Since they started doing tours on Death Road around 15 years ago, there have been 19 deaths in total, and right before my ride I learned that I girl fell 200m off the side of ‘Devils Tail’ two weeks ago. She lived and is recovering nicely, thanks to the assistance from Gravity (the company she booked with didn’t carry first aid or rescue ropes) but it goes to prove that it’s definitely an extreme activity. And one that can carry significant risk!

At first, I was too nervous and wasn’t going to do the tour (hell, I’ve crashed my beach cruiser before…on perhapsss more than one occasion) but after talking to more and more backpackers and seeing this video from fellow traveler, Steve at Back-Packer.org, I decided to go for it.

I chose Gravity Assisted Mountain Biking because of their excellent reputation and the fact that all of their guides are fully safety trained in rescue (hence, them helping out that lesser equipped company rescue the girl). They are the most expensive ($110 USD), however a savings of $30 isn’t worth getting crappy bikes and subpar service. I mean, it’s called the Death Road for a reason, no need to skimp here. Gravity has a line of top quality downhill mountain bikes, of which they replace every two years and they import the break pads from the States (apparently you can’t get break pads in Bolivia, so most companies choose to make them). 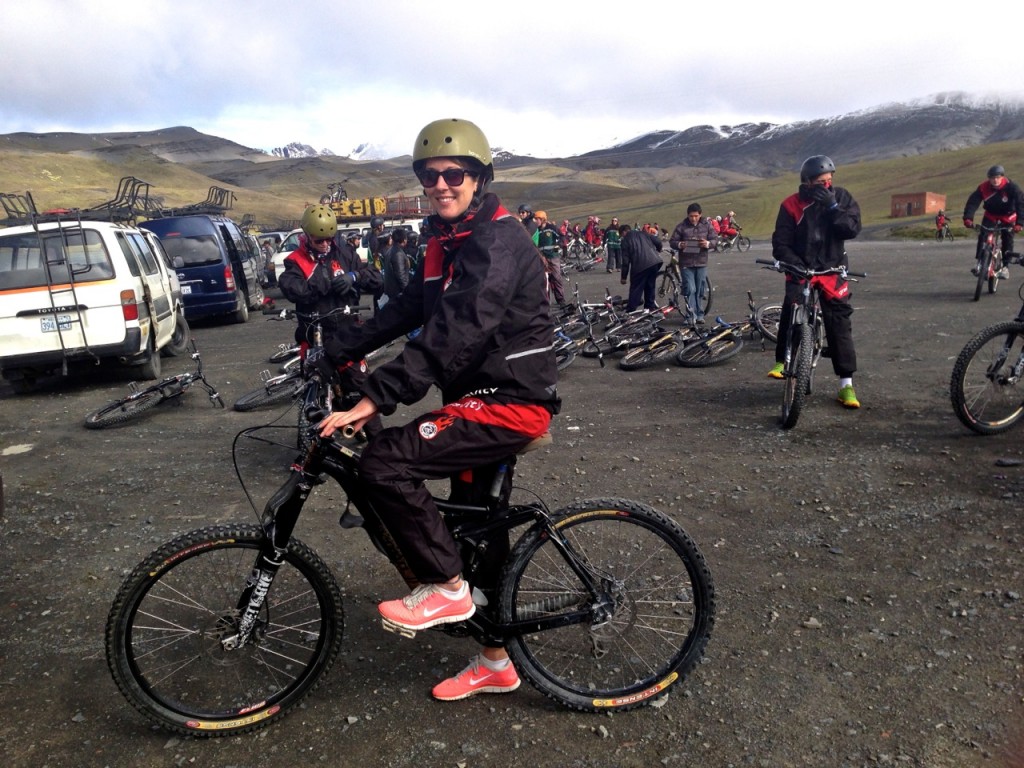 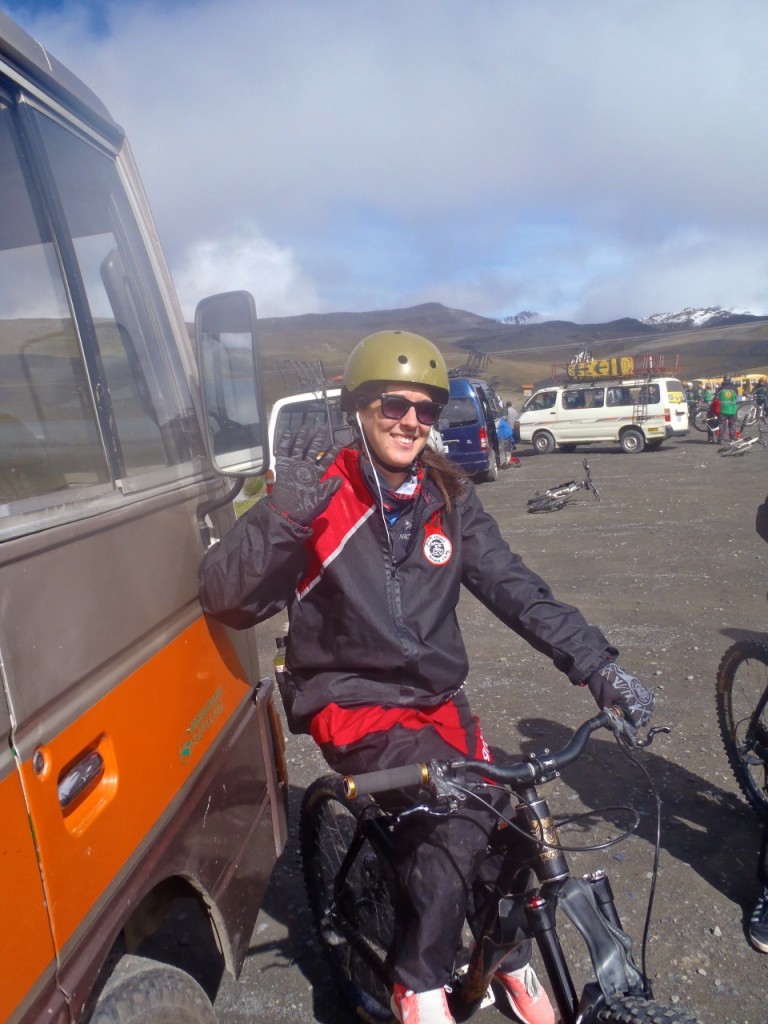 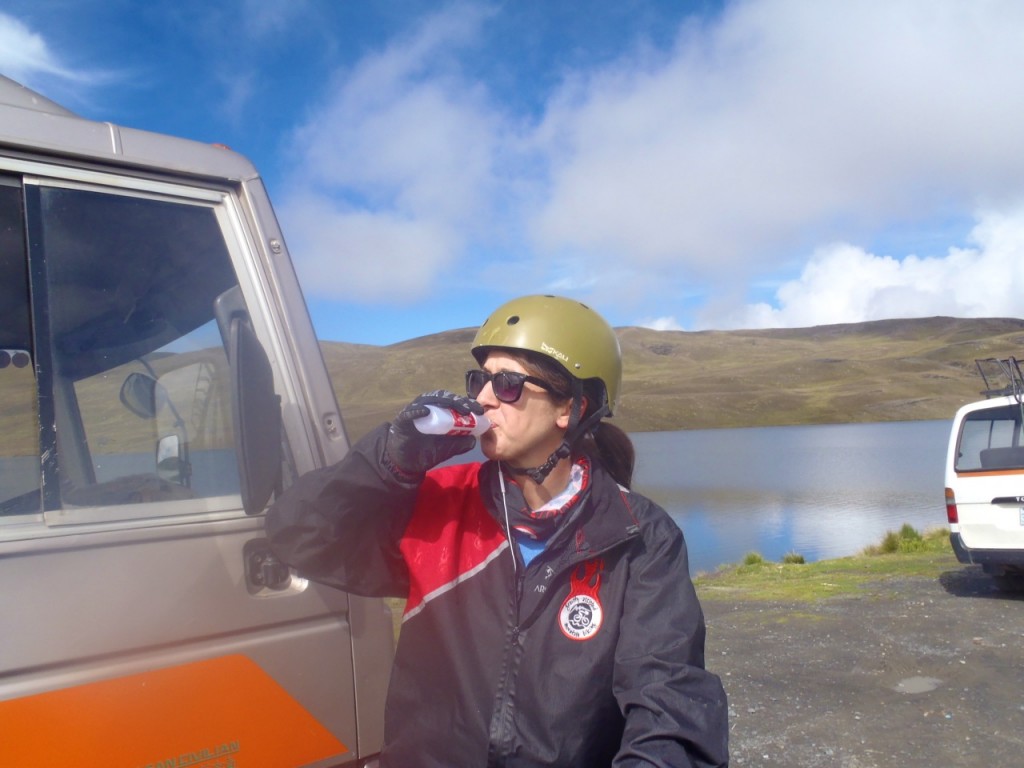 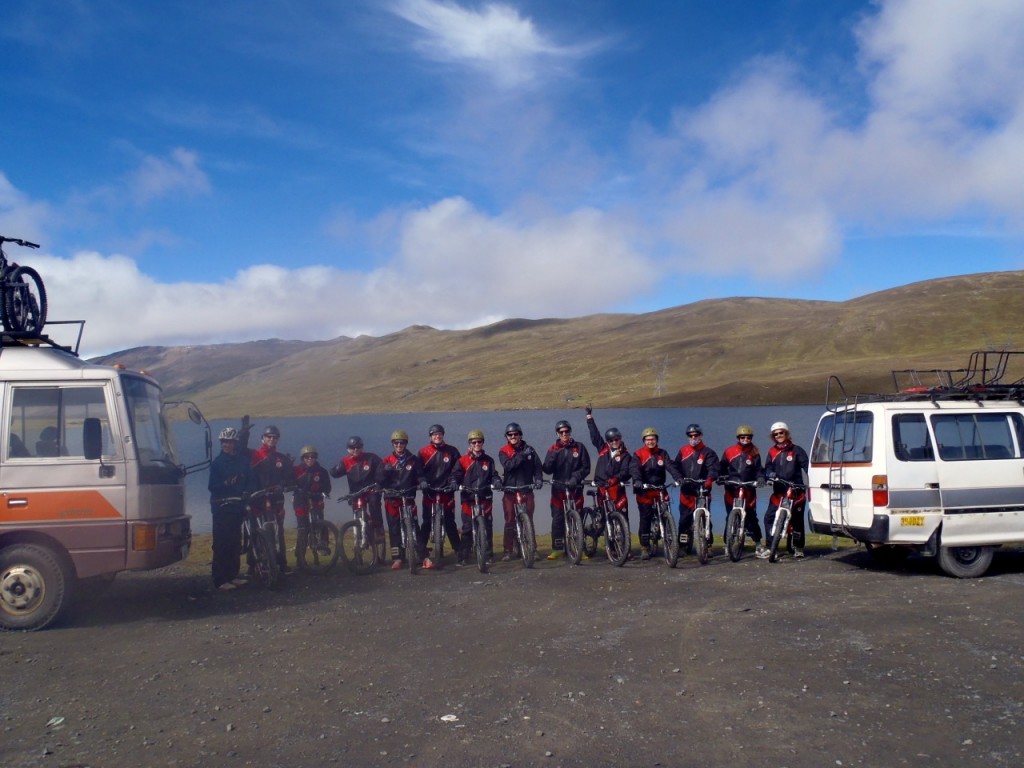 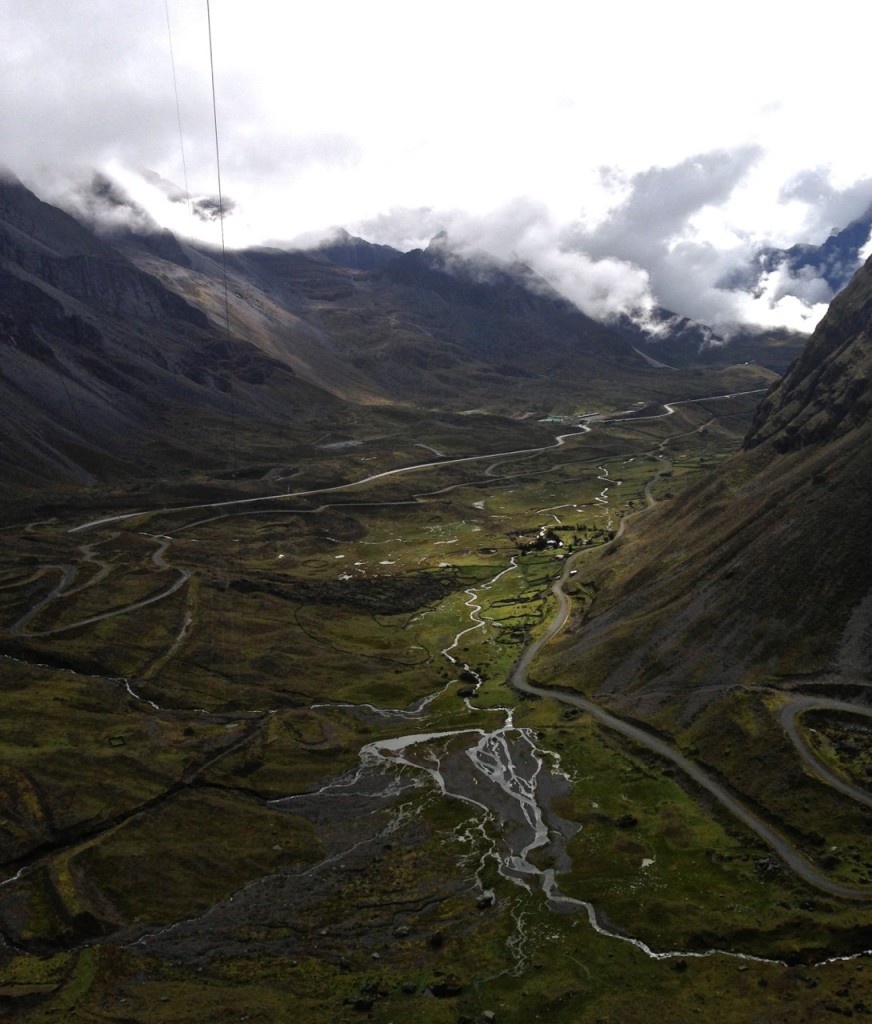 We started the day at the top where it wasn’t too chilly and was nice and sunny. Perfect day for a bike ride. Before the ride, the group poured a little alcohol on our front tire, the ground and a touch to your lips as an offering to Pachamama, Mother Earth, in exchange for blessing our ride. The first 20km are on the paved new road and was a good way to get acclimated to the bikes. Mind you, it’s still extremely steep and you’re biking with the traffic. We stopped a few times and hit a tiny bit of sprinkling rain, but it cleared up nicely and we had gorgeous day overall.

I brought up the back of the group, for pretty much the whole day, mainly because I didn’t want to go too fast, get out of control and crash. Or go off a cliff, ha. I was a-okay with being the cautious biker at the back. The scenery was for the whole ride was magnificent. On more than one occasion during the ride, I caught myself thinking it was a pretty good mountain biking path, until I came back to the fact that cars drove (BOTH ways) up and down the road daily. A two-lane highway that in some spots doesn’t seem large enough for cars, let alone trucks. 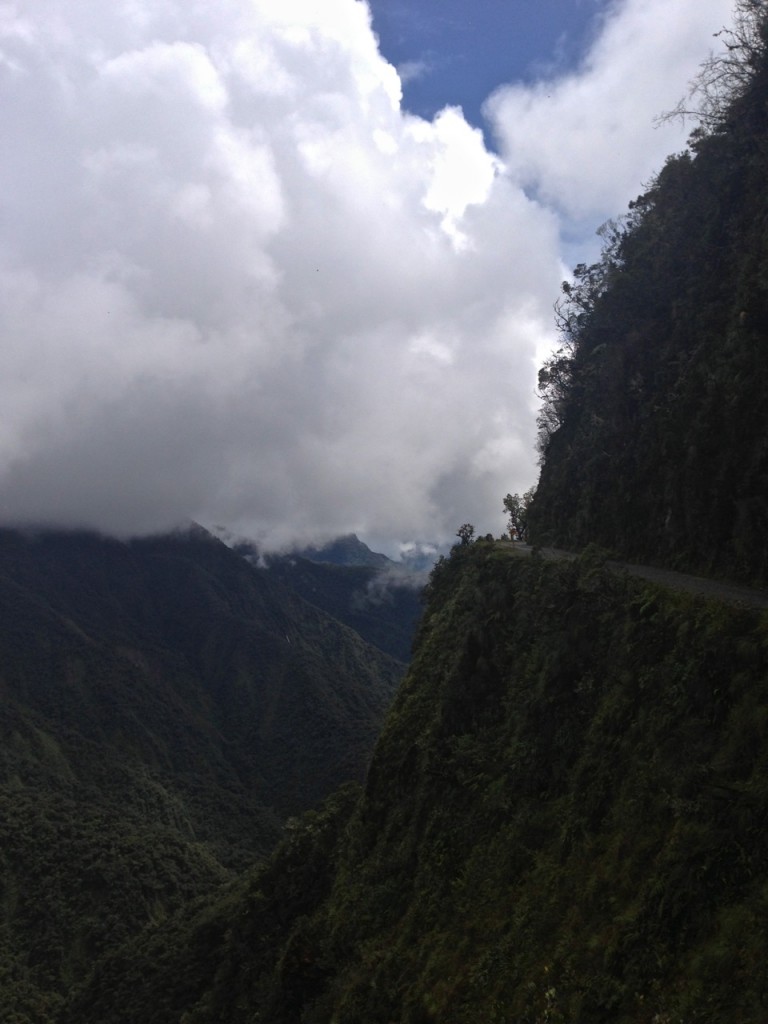 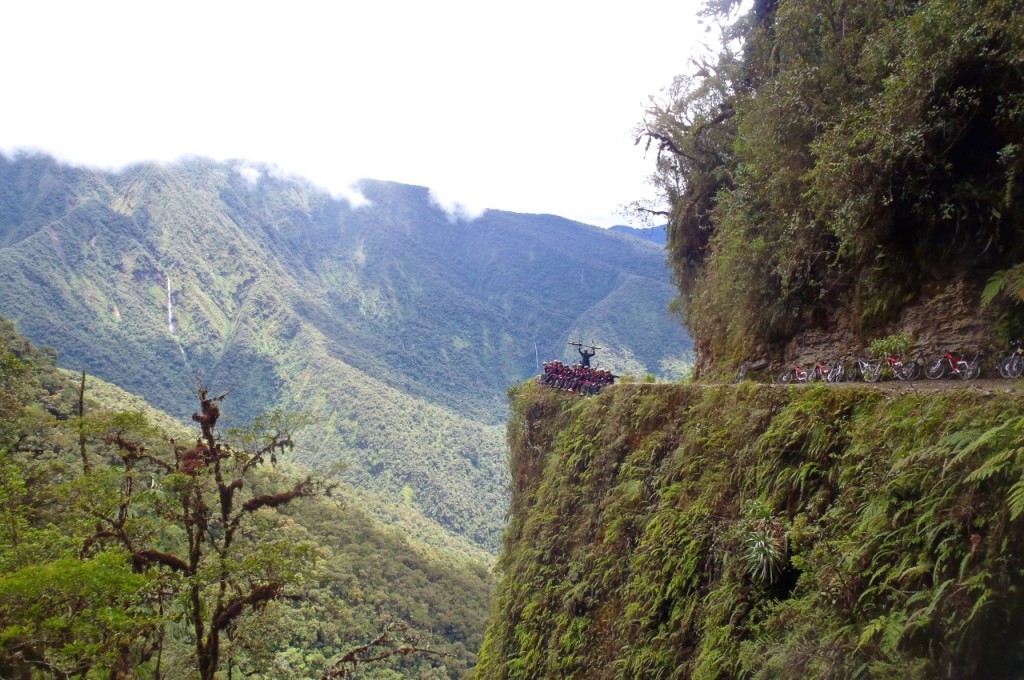 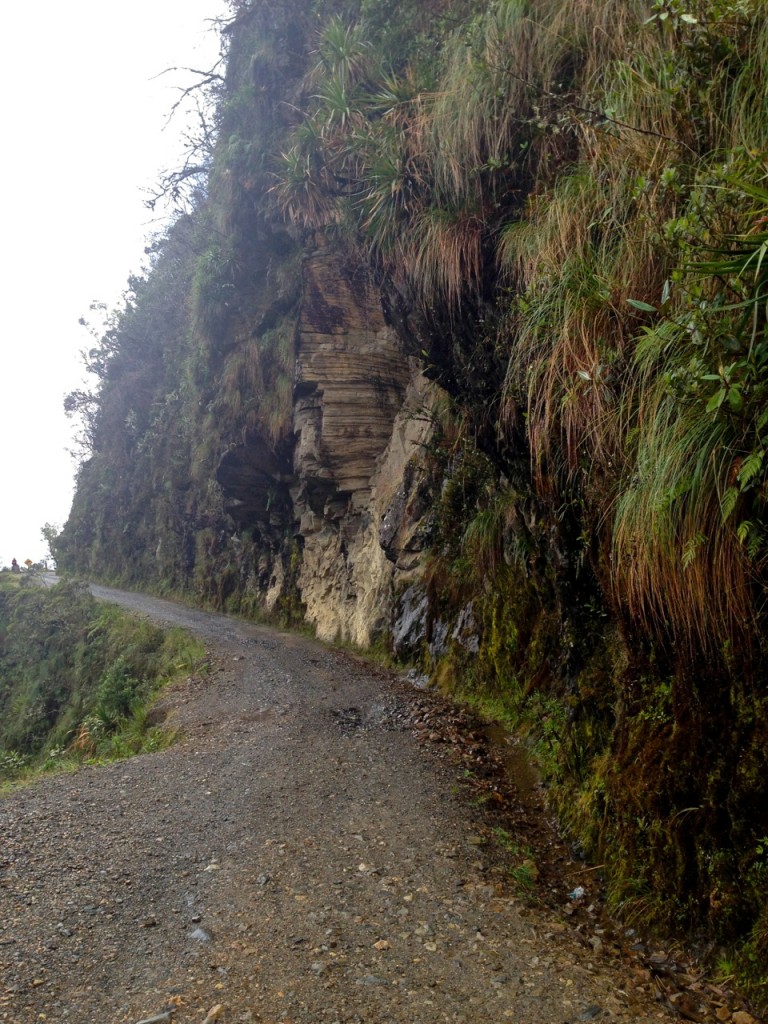 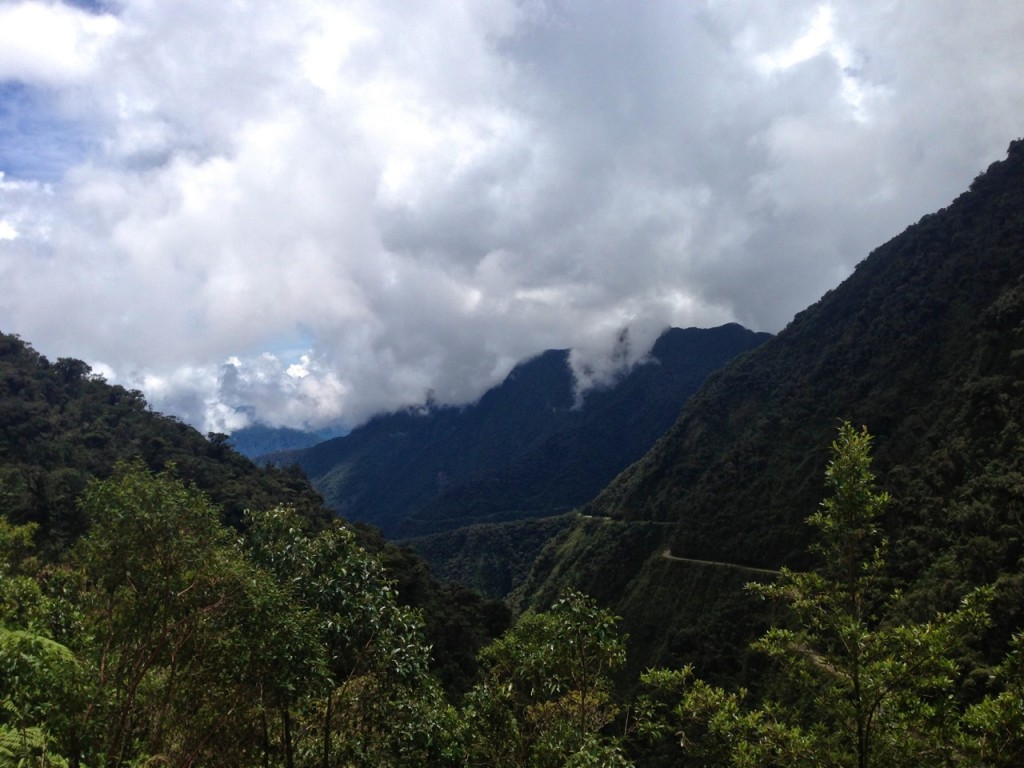 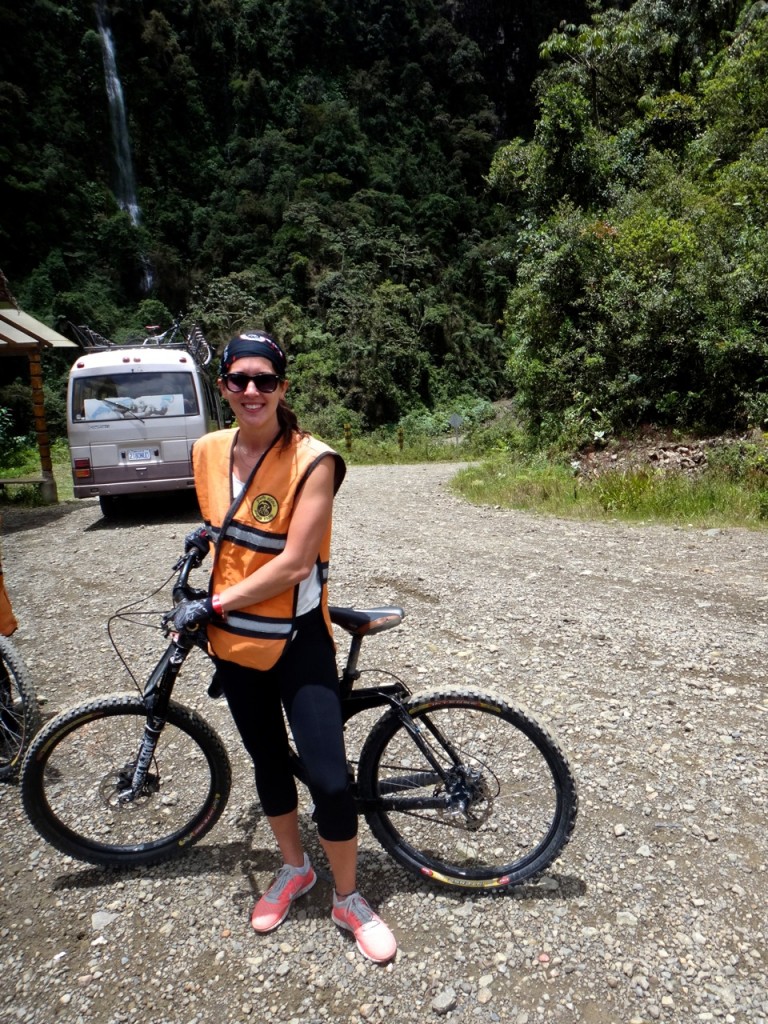 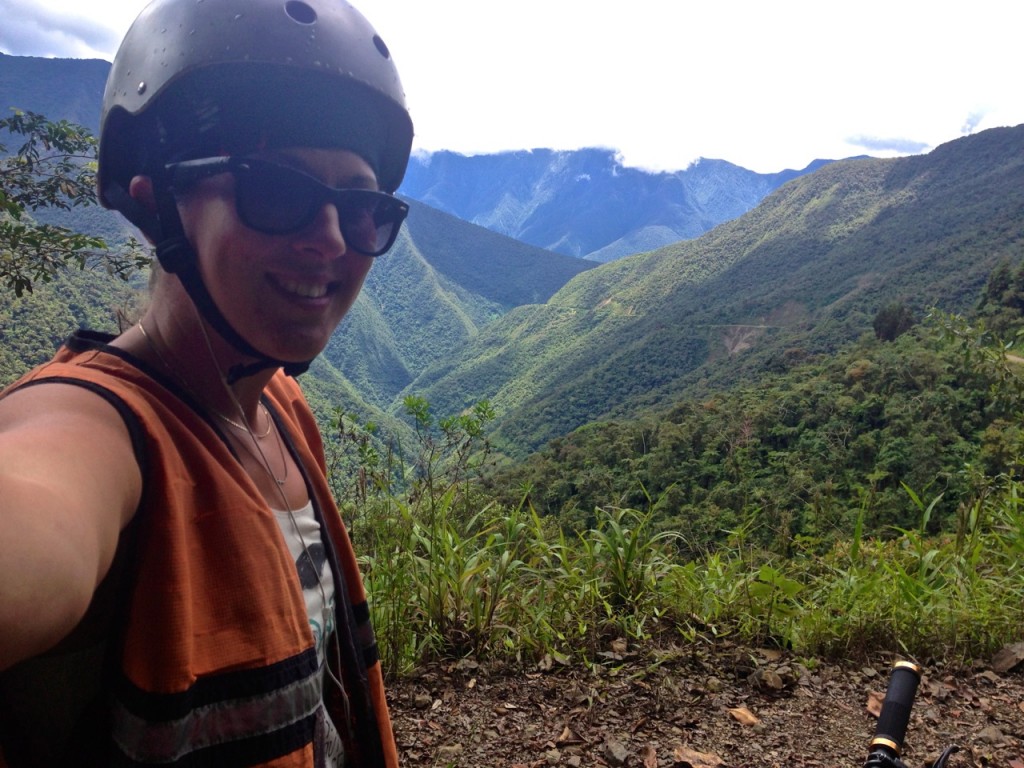 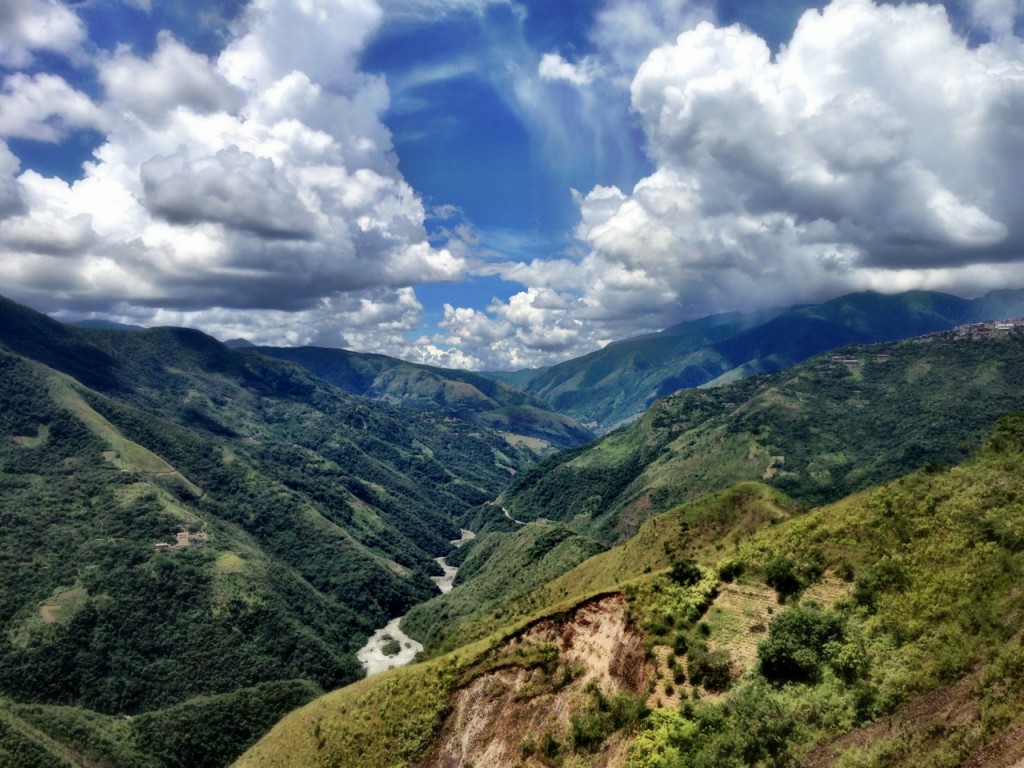 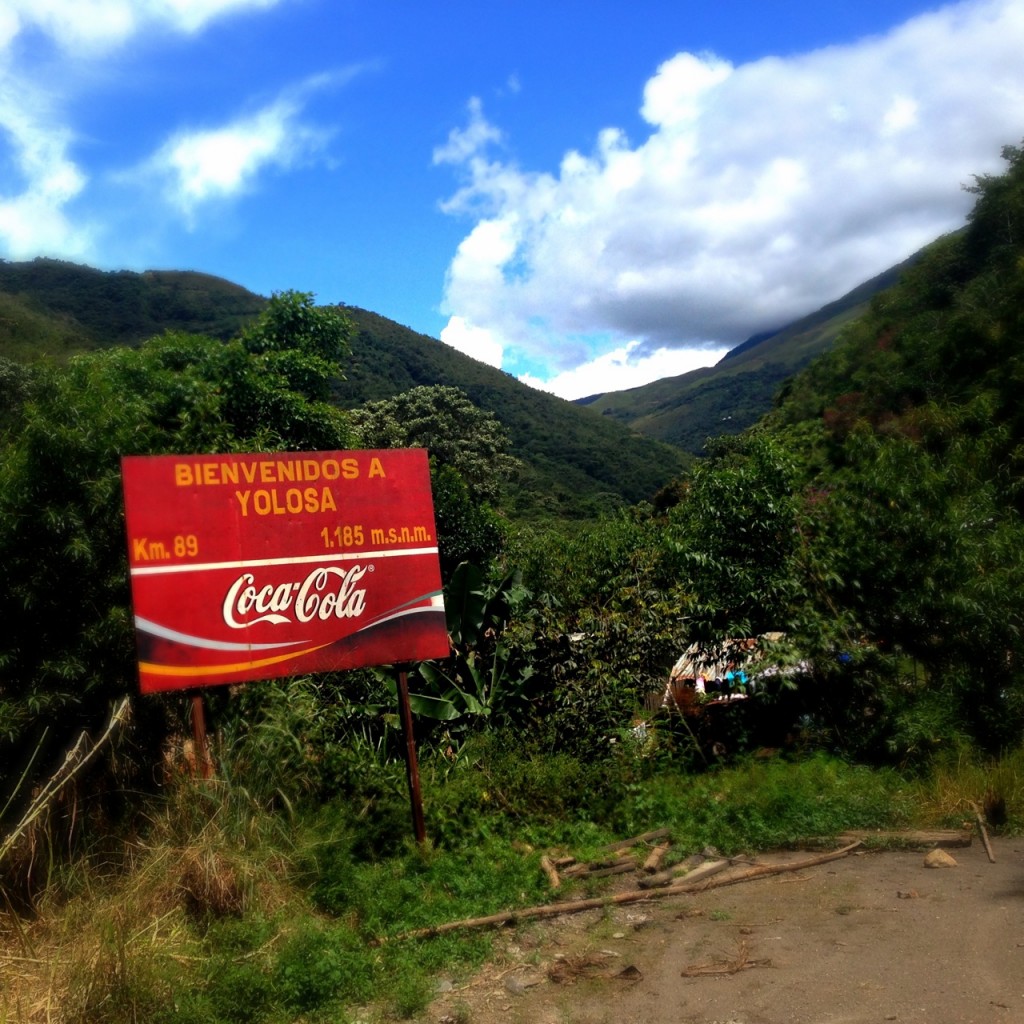 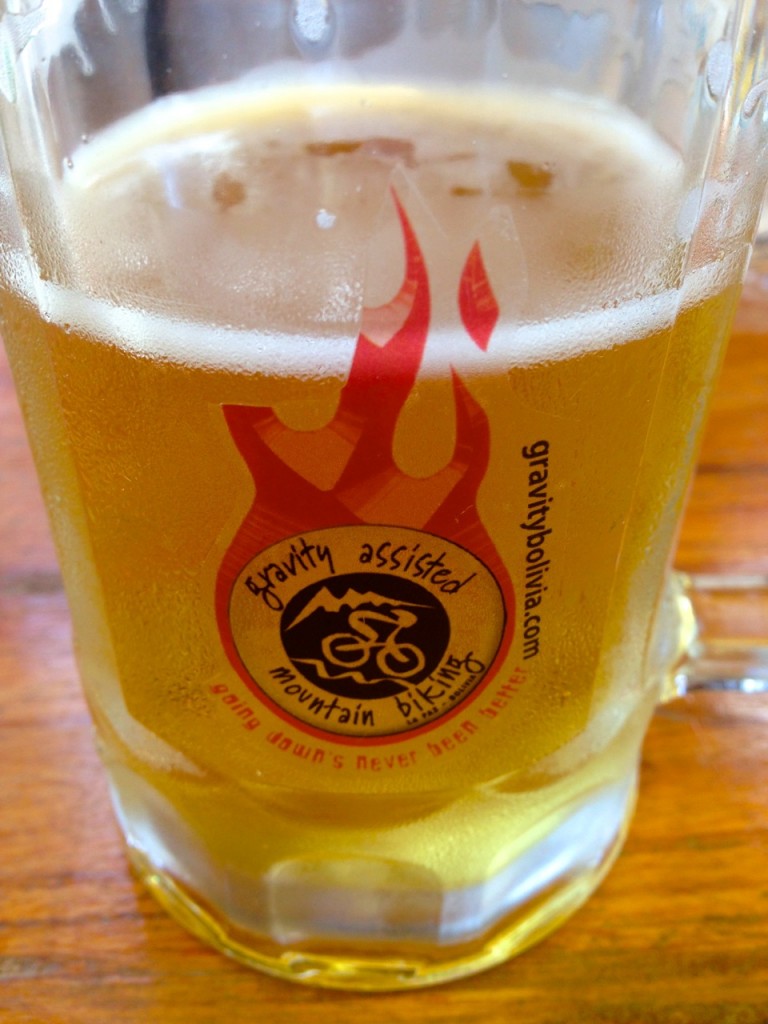 The day ended with zip-lining through the Yolosa valley and a buffet lunch at La Senda Verde Animal Refuge. Afterwards, we drove back up Death Road to get back to La Paz. It was a fantastic day!! If you’re in La Paz, definitely bike the Death Road with Gravity Assisted Mountain Biking. An exciting adventure not to be missed! 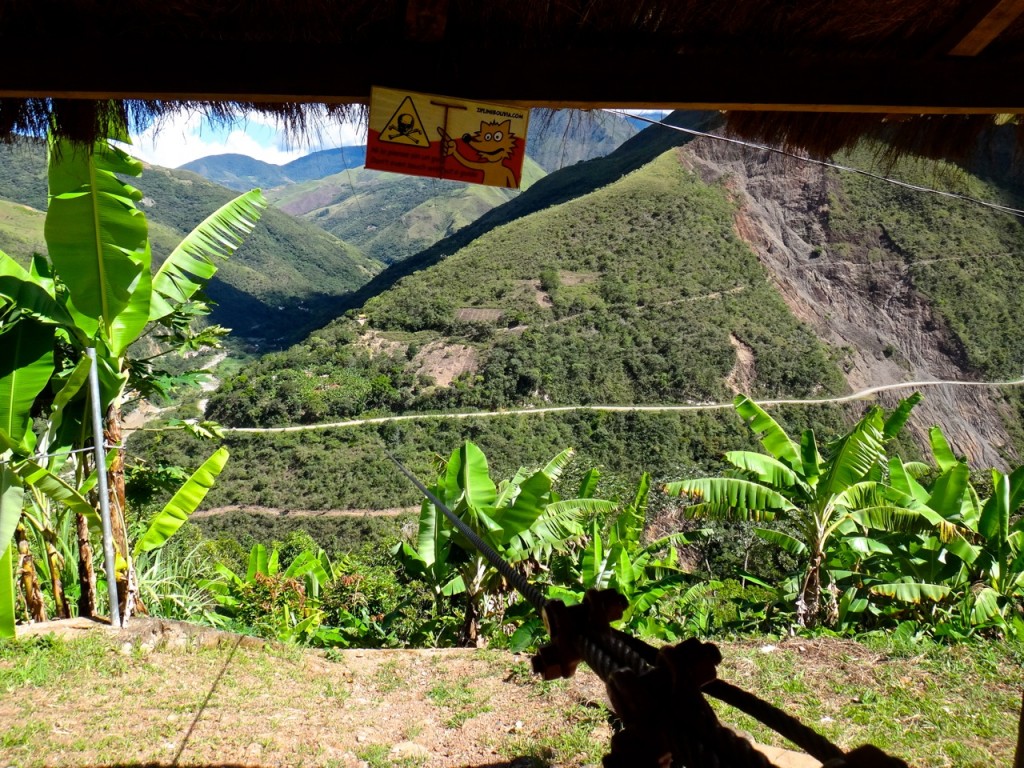 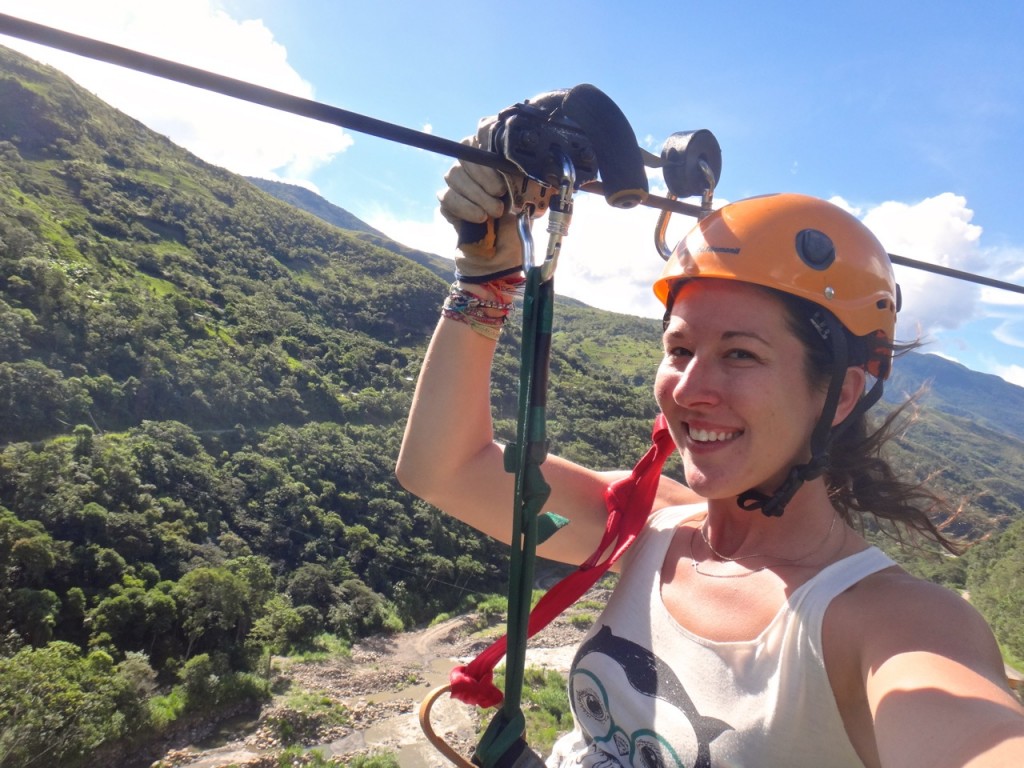 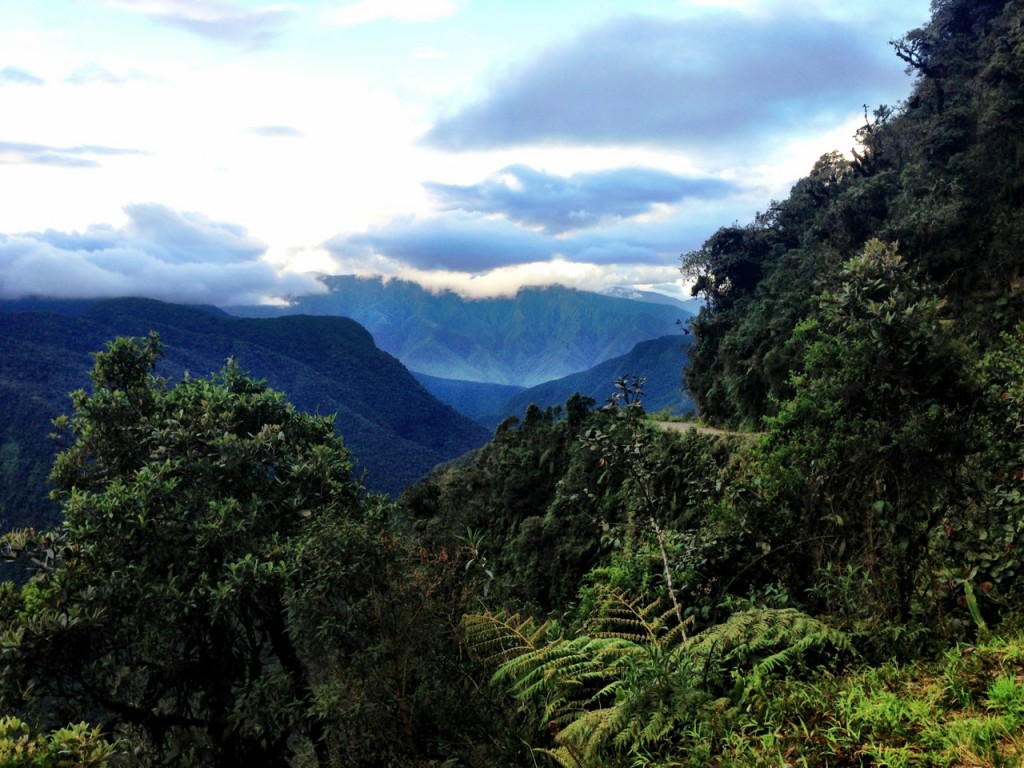 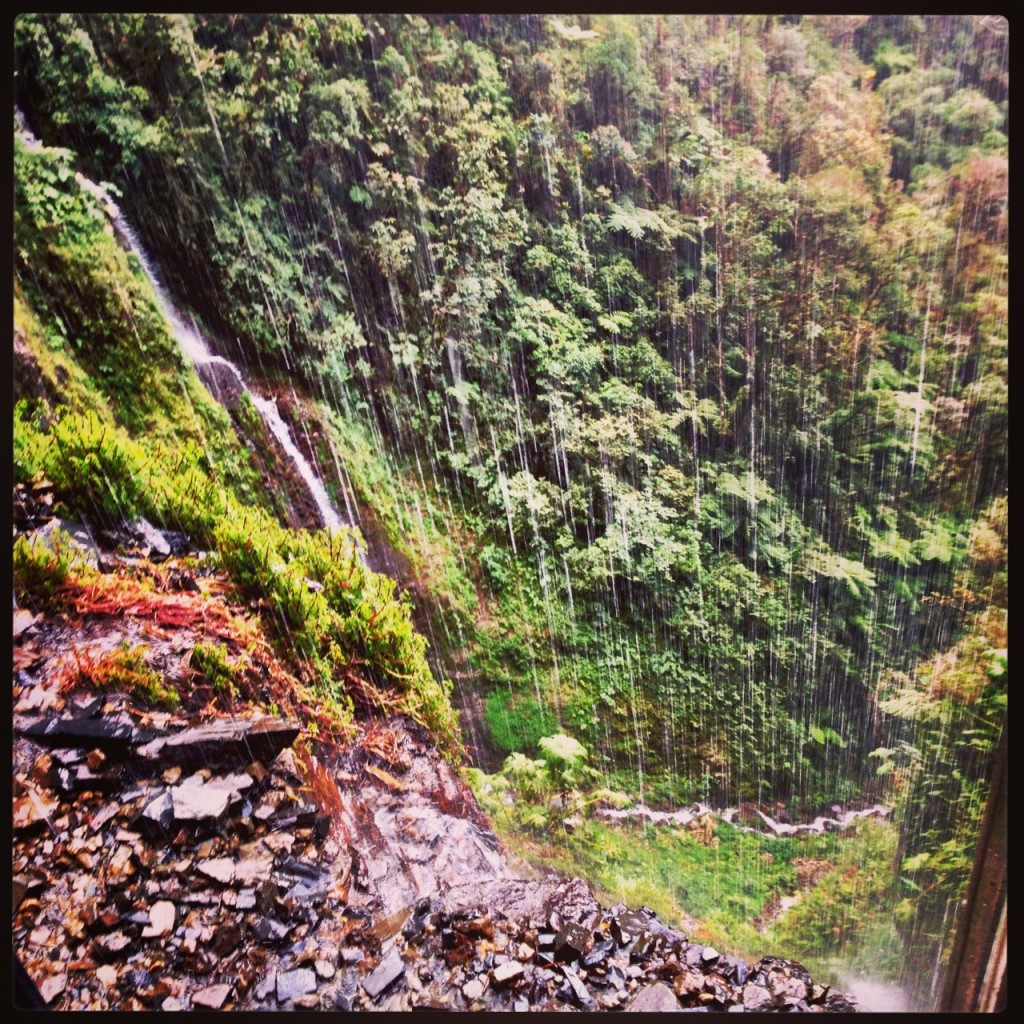 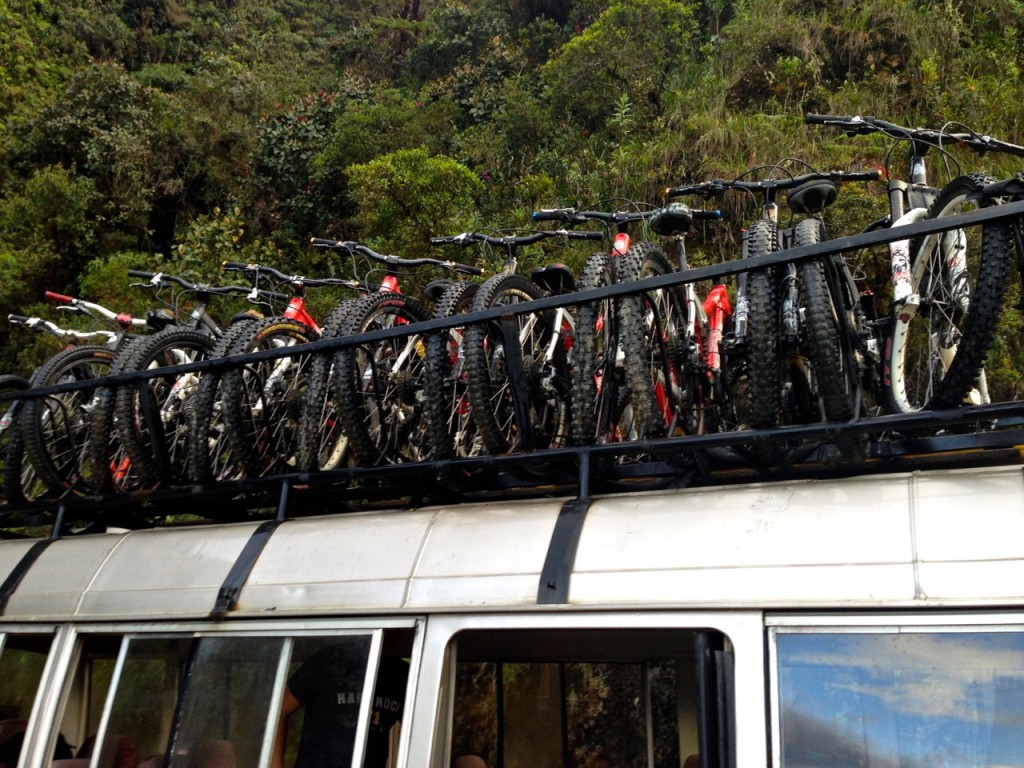 A last little fun tidbit, the sand flies are vicious when you’re at the bottom, so load up on bug spray. Our group looked like we had chickenpox of the ankles.