Baños is a central Ecuadorian town in the Tungurahua Providence which is nestled in the foothills of Volcan Tungurahua. Baños is considered a gateway to the Amazon and is best known for waterfalls and thermal baths. A perfect spot to visit for a little R&R after climbing Chimborazo. Which is exactly what I did.

I arrived in Baños after having been awake for 34 hours straight. Eleven of those hours spent climbing a ridiculously steep mountain. Basically, I arrived in Baños as a shell of myself. After checking into the Princesa Maria hostel (where I splurged on a private room for $10/night), I headed down to the main square to get an early dinner. On the way to dinner, I passed by a spa offering an 80-minute sports massage for $30. So I made myself a post-dinner massage appointment. It was the perfect way to end a day of mountain climbing. I was in bed and watching a movie by 6:45pm, which was one of the most amazing feelings in the world.

On Monday, I woke up feeling like a new person after getting a full nights rest. As a congratulations for my achievement on the mountain, my mom treated me to a day at the spa. A friend had recommended Luna Runtun Adventure Spa and it boasts one of the best views of Baños, so I decided that was the spot to enjoy my spa day. They had a special for $79 where you got: either an hour full body massage or two spa treatments, access to the thermal baths, pool, jacuzzi and a three course meal from their restaurant. Intially, I went with the two treatments (back massage and facial), but I changed mid-way to the full body massage (the massage was that good!) with a facial add on. A solid five-hours at the spa with a huge meal for $110. Not too shabby! Luna Runtun is worth visiting for the views of Baños alone. But their spa is extremely reasonably priced (very comparable to that in town and significantly nicer facilities) and should be visited. Even as a backpacker splurge. Or, if you have a nice mom like mine who treats you after you climb a mountain. 🙂 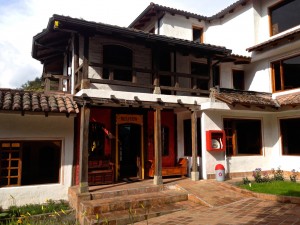 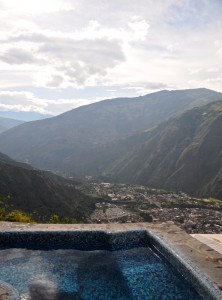 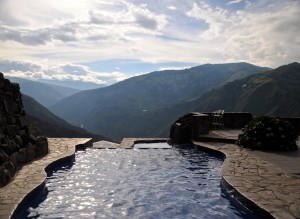 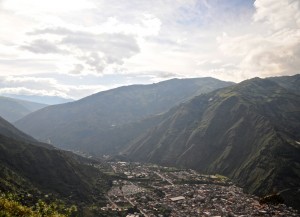 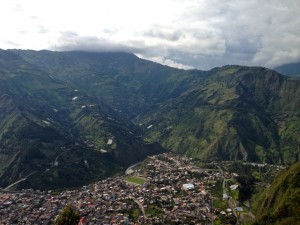 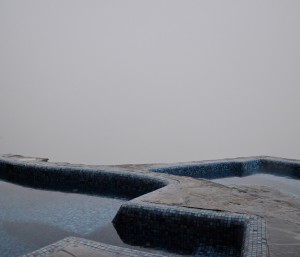 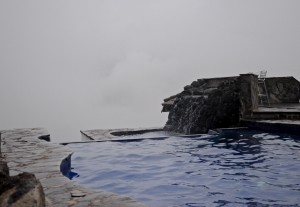 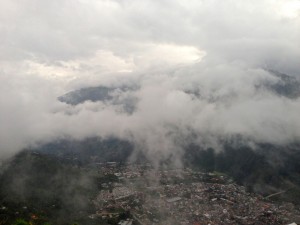 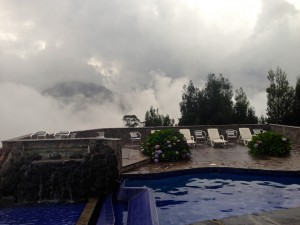 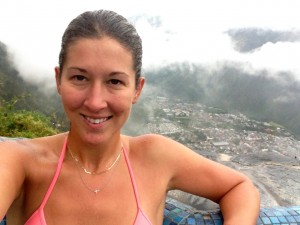 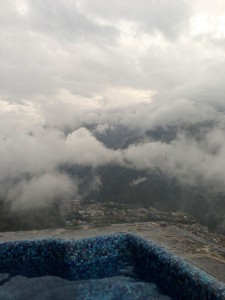 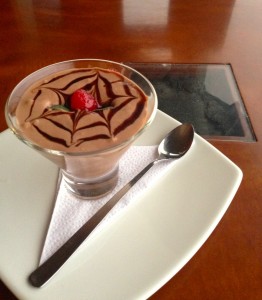 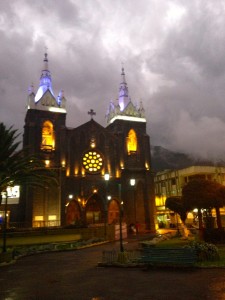 (views of Baños from the Luna Runtun thermal baths & pool; views at the fog rolled in & out; dessert; main church in Baños)

Since I had properly done the thermal baths and spa on my first day in Baños, I decided to do a half-day trip to see some of the surrounding waterfalls on my second. Mainly, I wanted to visit Manto de La Novia waterfalls and Pailón del Diablo (Devil’s Cauldron) waterfall. Before we saw the falls, we stopped at the San Martin canopy and zip line and rode in a cable car across the gorge. Despite the day being a little overcast, it was a great day exploring the surrounding natural beauty of Baños. 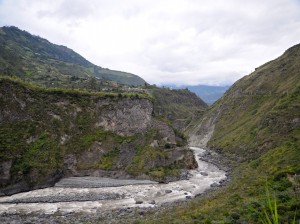 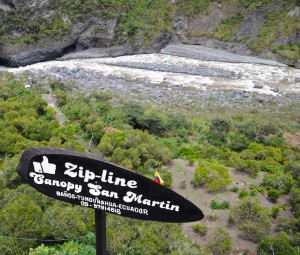 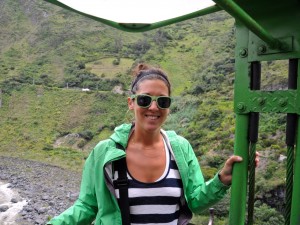 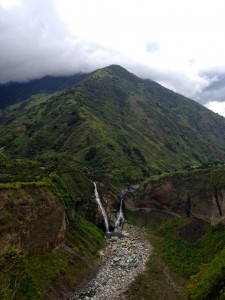 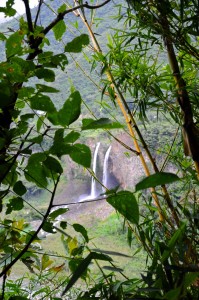 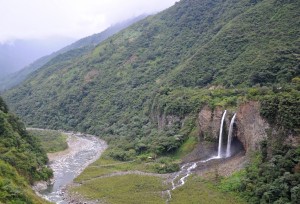 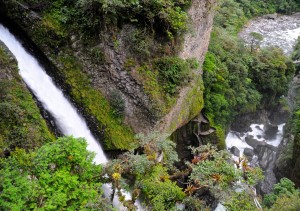 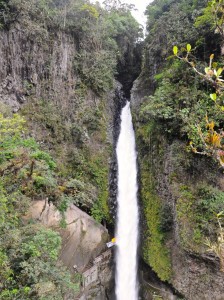 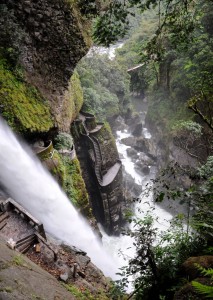 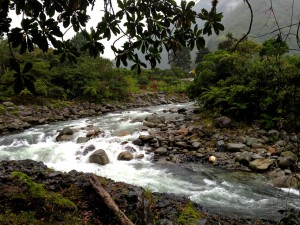 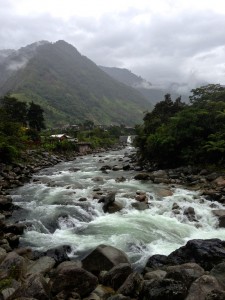 For my last dinner in Baños, I ended up eating at the Swiss Bistro and trying their specialty roesti. Roesti reminded me of Waffle House hashbrowns (mmmm….) covered in whatever delightful topping you selected. I selected a cheese and tomato roesti. It was extremely tasty! 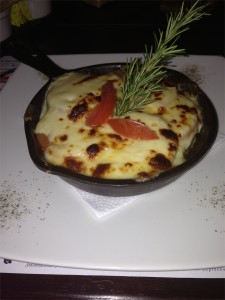 On the way out of town, we stopped to snap a quick picture of Volcan Tungurahua, which is very much an active volcano. Last eruptions was in March (2013) .Thankfully, it wasn’t errupting while I was visiting Baños. It was quite pretty. 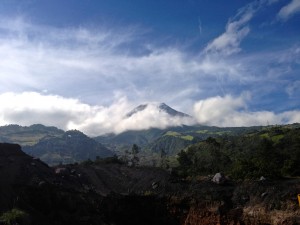