One of the main reasons I wanted to go to the Galapagos was for the diving. Initially, I had planned to do a liveaboard boat, but unfortunately, I couldn’t find a good last minute deal and the ones I did find were slightly out of my price range. I ended up settling on two day trip dives which would be four dives total. I decided to book my dives with Scuba Iguana, since they have the best reputation on the island of having the most experienced dive masters. 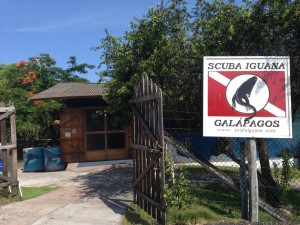 When most people think about the Galapagos, they think of one thing: whale sharks. Now, I knew I was going out of season for whale sharks (best in July-December), but there’s always a chance, right?! My dive master said that typically you see whale sharks around the islands then because they are moving with the current. The best guarantee to see whale sharks is on a liveaboard boat out near the Wolf and Darwin Islands (further north). I have been told that you tend to see them there all year round. The Galapagos have two main currents; the Humboldt Current (which brings the cold water) and the Panama Current (which brings the warm water). Due to the Humboldt Current, you have to wear seven-mil wetsuits year round. The diving experience makes up for the colder waters though. My favorite kind of diving involves 28-30 degree waters, wearing a long sleeved wetsuit top and shorts over my bathing suit. Side note, I am completely non-American when it comes to diving. I learned to dive using meters and bars and record all water temps in Celsius. On my first day of diving in the Galapagos, I got a pressure gauge reading in PSI and I had no idea what to do.

On my first day diving, we went to the North Seymour and Mosquera dive sites. Before our first dive, the waters were slightly choppy and I had a bit of a panic attack and needed to hold the dive masters hand going down. I’m not sure why the rough and choppy water makes me anxious and panic-y, but it does. After we were about five meters down, all was good. At North Seymour, I saw my first hammerhead shark and it was extremely awesome. We saw a bunch of sharks, mostly white tip and black tip reef sharks, but a few more hammerheads made an appearance. We also saw spotted eagle rays, a garden of eel snakes that reminded me of Ursela’s captive mermaids in The Little Mermaid and tons and tons of fish. On our second dive we had a significantly stronger current, but we stopped for about ten minutes, held onto some coral and watched in amazement as 25-30 white tip reef sharks circled around no more than 2m away from us. It was incredible. The only downside was I didn’t think to wear gloves, so I scratched my hands up trying to hold onto the coral and not get ‘blown’ into the sharks by the current. 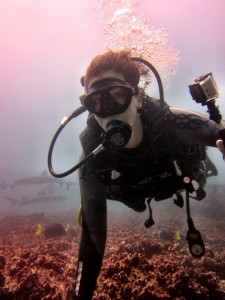 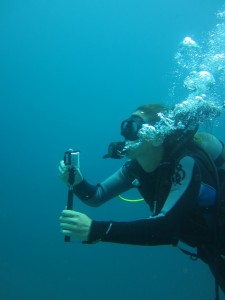 On my second day of diving, we ventured out to Gordon Rocks which is one of the more tricky dive sites in the Galapagos. Our first Gordon Rocks dive was one of the most incredible dives I have been on thus far. We were greeted a few minutes in by a school of about 20 hammerheads. Literally swimming right next to us. A few minutes later, another school of 10-15 hammerheads passed by us. We saw a few more hammerheads, some white tip reef sharks, turtles, a sea lion hunting fish, spotted eagle rays and more colorful fish. It was unbelievable. It was also the strongest current I had dove in to-date. 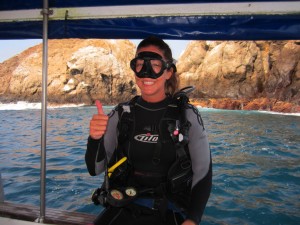 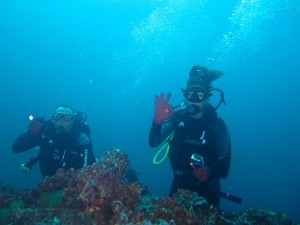 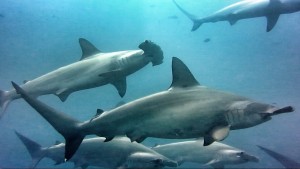 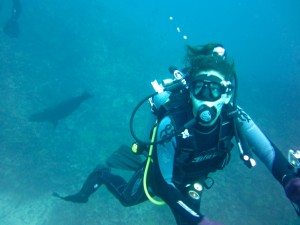 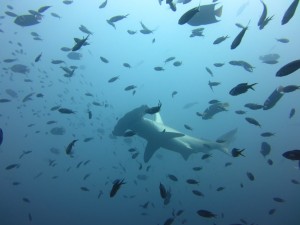 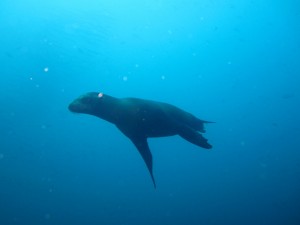 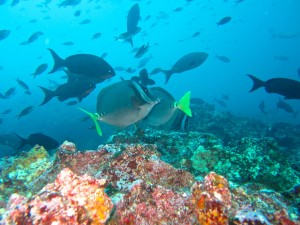 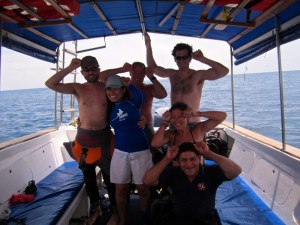 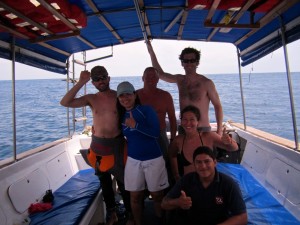 Our second dive was at Gordon Rocks wasn’t quite as eventful as the first, although our first was so incredible, it would have been really hard to top. Plus, the current was substantially stronger. And I originally thought the first dive was a strong current. It was still a great dive. We saw a few lone hammerheads, some more turtles and sea lions, moray eels, rays and lots of fish.

I’ve had the great fortune to dive in some pretty special places in the world during this trip and the Galapagos is right at the top as far as amazing diving is concerned. I think my top three (in random order) are the Maldives, Thailand and Galapagos. But, there are still many more amazing spots I want to dive (ahem…Mozambique…must go back to Africa! Sorry, sidetracked). 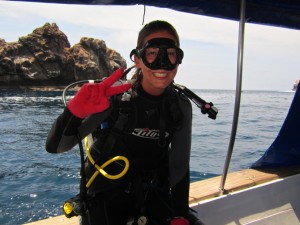 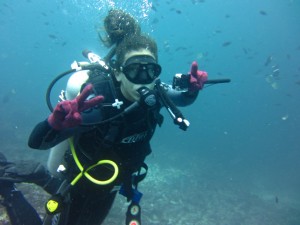 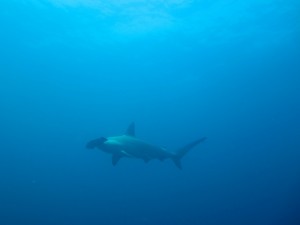 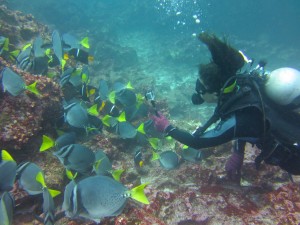 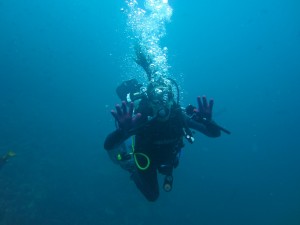