I had heard from fellow travelers that I needed to check out San Andres while I was in Colombia. Especially since flights are dirt cheap from Medellin. Danielle had heard the same and the timing worked out perfectly once we met back up to take one last island trip, ala Maldives (sans amazing Ocean Front Villa with private plunge pool..sigh), before the end of our year-long RTW adventure. 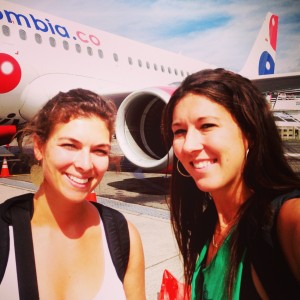 San Andres and Providencia are historically tied to England, located approximately 230km off the coast of Nicaragua, but part of Colombia. The islands were settled in the 1600s by English puritants and are steeped in pirate history. Not to mention San Andres is a duty free island with every America candy imaginable; or at least many I haven’t seen in a long, long time. The island seems to have more shops with candy, perfumes and hair care products than it does restaurants or hotels. But beyond all that, San Andres is gorgeous! 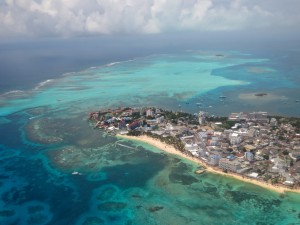 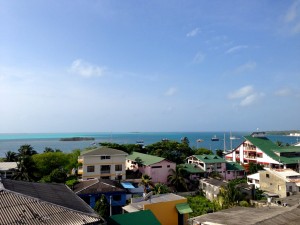 I dove on our first day and while both dives were good, it was nothing spectacular. Then again, I may just sound like a snob since my last dive in the Galapagos was with 35+ hammerheads. Ha! The bonus of San Andres diving is being back in my preferred water temp (28-29) and the lack of a need for a wetsuit. 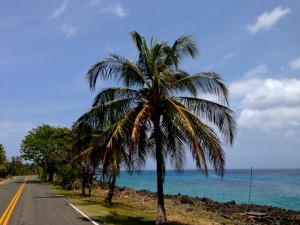 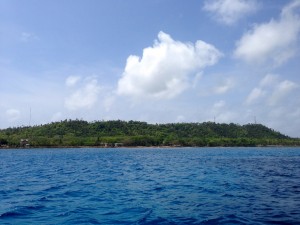 Johnny Cay is an tiny island just off San Andres and is pretty picture perfect. It’s a short 15-minute boat ride from San Andres and can be done either as a day trip or just for a few hours. I just boated over to get a closer view of the island and next time, would take a full day to enjoy the beauty. 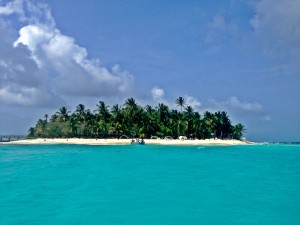 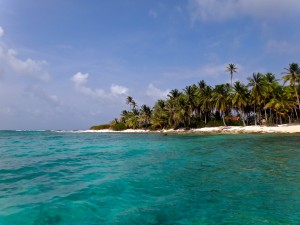 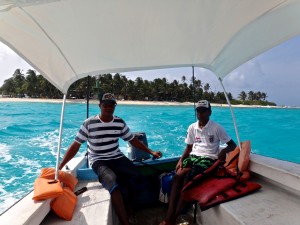 San Andres was our first taste of the traditional Colombian coastal dish of fried fish, arroz de coco and patacones. We also tried some fresh, homemade ceviche on the beach and more importantly, a fresh pina colada in a coconut. 🙂 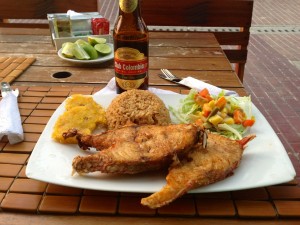 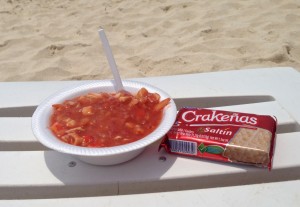 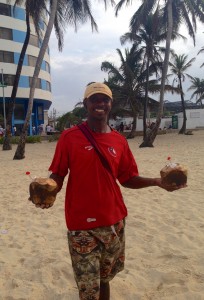 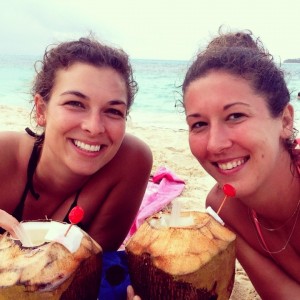 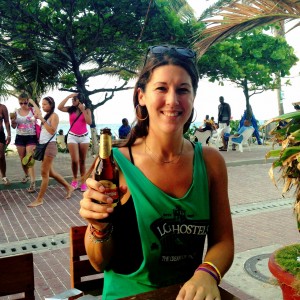 Providencia, located about 90km north of San Andres, is the more quiet island of the two and the island that is more traditionally linked to pirates lore. Henry Morgan, the notorious pirate, used Providencia as a base for raiding Spanish settlements. There are many sections of the island that are named after Henry Morgan, including a large rock that resembles a head and is named “Morgan’s Head.”

Since I was so close, I thought a day trip to Providencia would be fun. And I figured the catamaran over and back to Providencia would be part of the fun. But the catamaran I envisioned had a deck in the front with a net to lay on during part of the trip. And my envisioned trip had tranquil seas. My trip over had neither of these things. The ocean was so bad and rough on the way over, that I laid down on the floor of the boat for a majority of the trip. I would’ve traded my soul to get off those waters faster. Seasickness is not fun. I must’ve forgotten…

Despite the rough way over, I really enjoyed Providencia. The island is a beauty and the pirate history was really interesting. I was there during the crab migration, so there were crabs running around certain sections of the island in droves. If I was going to re-do this trip however, I would stay for a night on the island. Or splurge on a flight over (15 minutes; approximately $30 more than the catamaran) and ferry back. But all in all, I’m glad I got the chance to check it out. Plus, playa Manzanillo had a rope swing and delicious patacones!! 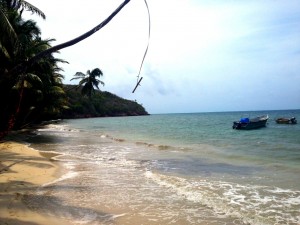 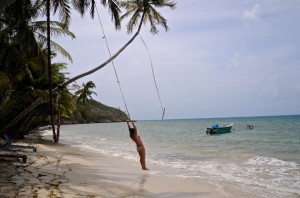 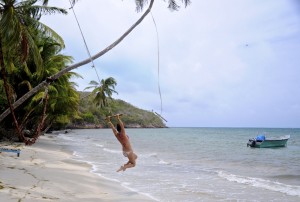 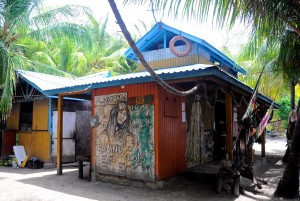 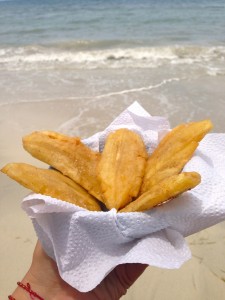 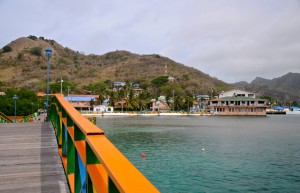 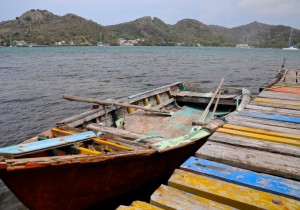 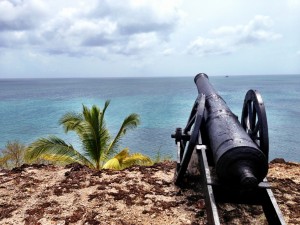 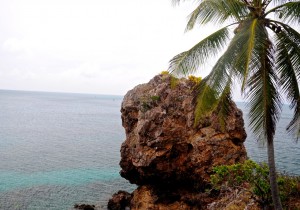 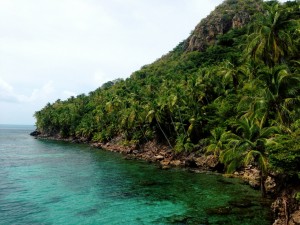 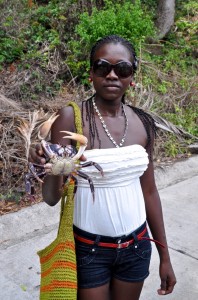 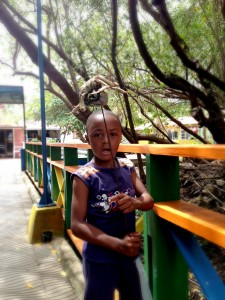