Sitting on the plane in route back to Los Angeles, I started looking through all the country albums I had created in iPhoto and the rush of feelings I got was surreal. It’s beyond incredible to think about the trip we just took. This past year was the most amazing year of my entire life. It opened new doors to the beauty of the world, wonderful cultures, meeting hundreds legendary locals and fellow travelers and experiences that were truly life changing. 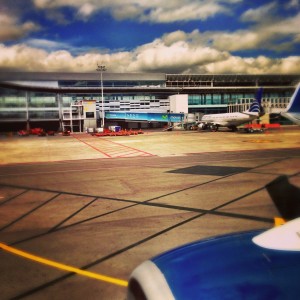 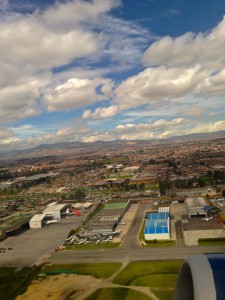 I spent the last six and a half weeks traveling around Colombia and hardly scratched the surface of this amazing country. I heart Colombia so much. I was along the Caribbean coast of Colombia for a little over half of that time and I’ll be writing about the wonders of Colombia for probably the next month. Flying back to the States comes with VERY mixed emotions. I cried a few times in the days leading up and then just tried to just forget about coming home. I’m so excited to see friends and family, but it’s sad that this adventure has come to an end. I’m not sure if words can even do justice the feelings I have about this past year. I know it’s not a final end, because there is definitely more travel in my future. Even my immediate future, as I’m going to London on July 20 for a few months. I guess part of what’s scary is, what if everything goes back to the same as it was before the trip? I wasn’t running away from anything, but I was definitely searching for a change. And new experiences. The trip was that once in a lifetime leap you take to try something new. Something completely terrifying and challenging. But I’m not the same person as when I left, so I don’t think there’s any way it’s possible for things to be the same as they were before. I have a whole new way of looking at the world and life. I already experienced this slightly when a friend alluded to the fact that they thought I was being irresponsible spending my money this way. I was a bit taken aback, but I basically just had to brush it off. I worked hard to save the money for this trip, it’s my money and I think it’s the BEST money I’ve ever spent. I have my whole life to work and earn that money back. Life is too short to not take a leap of faith on a dream. 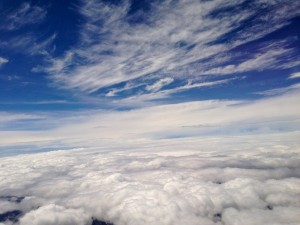 I have a feeling that culture shock is going to be a bit rough. I’ve spent the past six months attempting to speak Spanish and I’ve already found myself saying ‘gracias,’ ‘perdon,’ and ‘buenos dias’ to flight attendants that are clearly from the States. Not to mention other little things that have formed into habits: throwing toilet paper in the trash, using my phone only sparingly & constantly asking about wifi, hopping on a bus armed with only a basic idea of where I’m heading, not being able to drinking tap water, sleeping in bunk beds and constantly being surrounded by people…just to name a few. The States, and particularly LA, are a bit materialistic and it’s going to be strange being back in a world where I’m not surrounded by people who find wearing the same shirt two (maybe three…) days in a row pretty standard and not something to judge.

The beauty of the whole experience is that a door to a whole new world has been opened and I don’t see it closing. Now, the trick is to figure out what I want to do work-wise that combines the best of both worlds! The million dollar question… 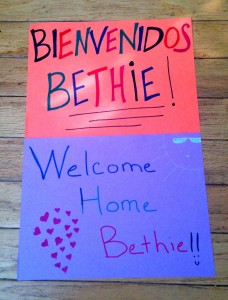 (sign that my friends Amanda & Lindsay made for me when they picked me up at LAX, sadly my hands were too full to get a picture of them holding them)