I’ve been living in London just over two months now. It’s insane how fast the time has flown. This is the longest I’ve been in one city since we left in July 2012. Honestly, it feels really nice. Finding my own room to rent has been wonderful. Both mentally and physically. I was in need of a slower pace and finding a place to settle where I could unpack and put my things away. London has been a perfect mix of travel and easing back into the ‘real world.’ I’ve had so much fun exploring a new city, one I already knew I loved from past visits, while being settled. I’ve actually been looking at a few jobs that are based in London, so we’ll see where that leads me.

I’m loving London and living here. I enjoy walking places and taking the bus and the tube. I don’t miss driving in traffic one bit. I’m obsessed with my cute attic room and skylights. Sometimes I just stare out the window for a bit of a mental refresh. 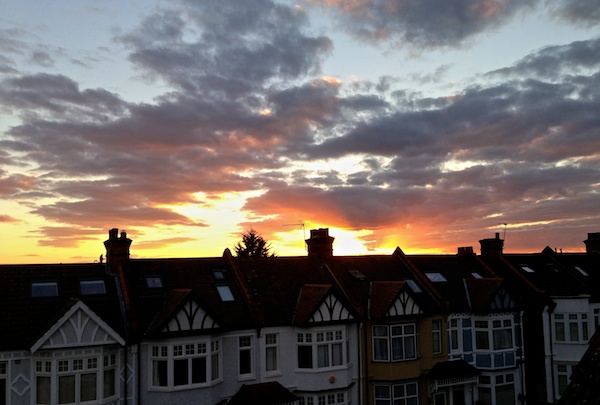 I’ve taken a couple of day trips since being here – back to Oxford & Worcester College (where I studied abroad in 2003) which was so, so fun, even though the Purple Turtle or The Bridge weren’t open to grab a drink in; Windsor Castle with my Uncle; and the Cotswolds, which were utterly charming. 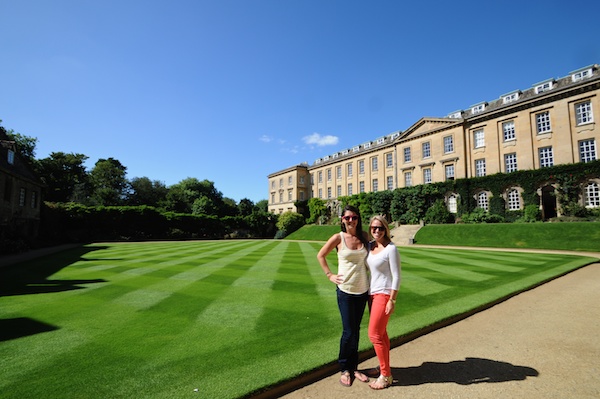 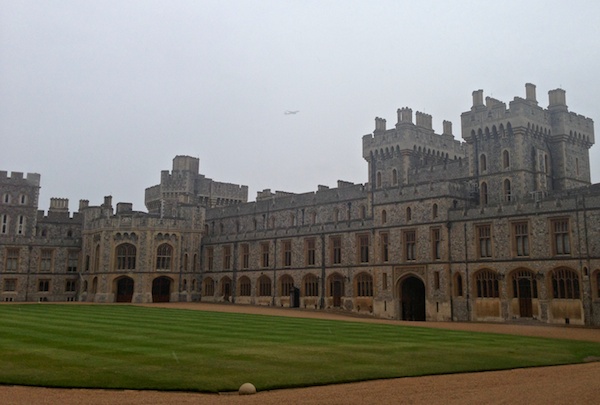 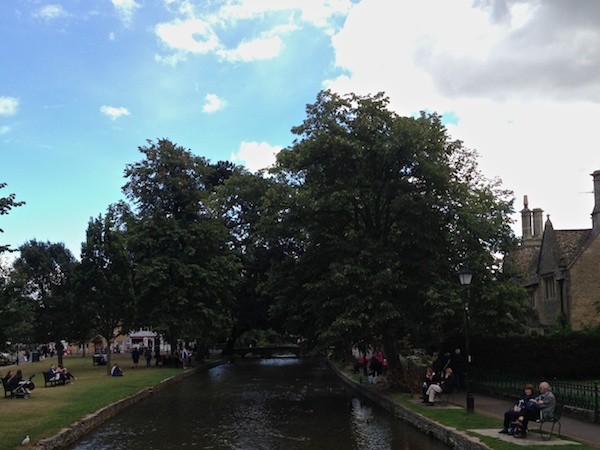 Some girlfriends and I went out for a girls night out at Sushi Samba and had the most incredible meal I’ve eaten in a long while, especially the dessert! I suppose it doesn’t hurt to have the head pastry chef as a friend. Go, immediately. Order the green bean tempura for an app & of course, the dessert sampler platter. Plus, the view of London is spectacular! 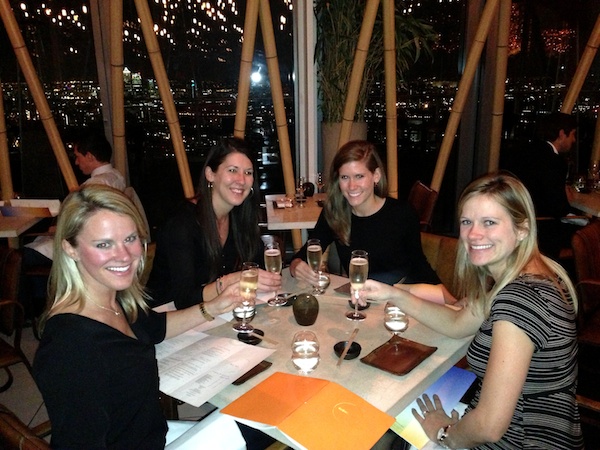 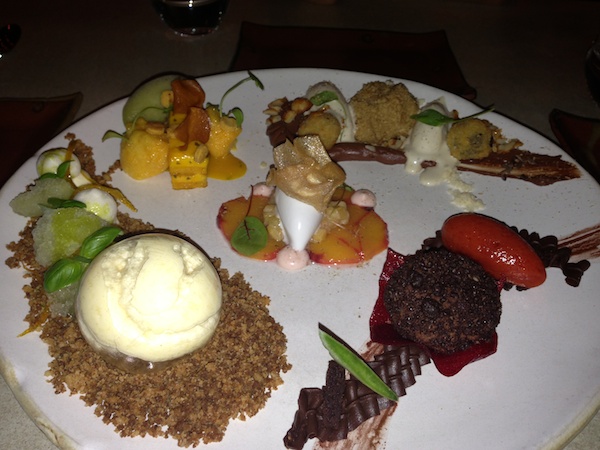 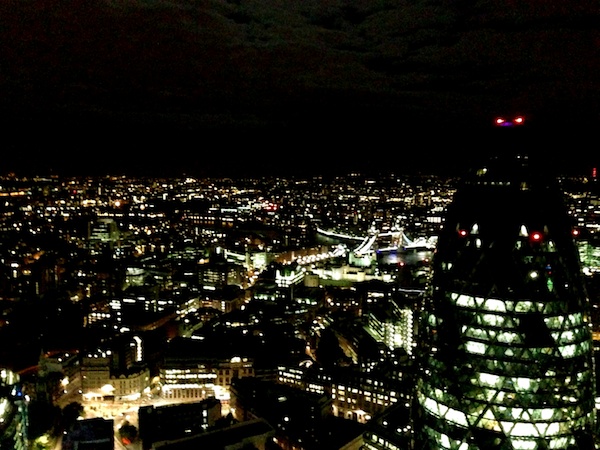 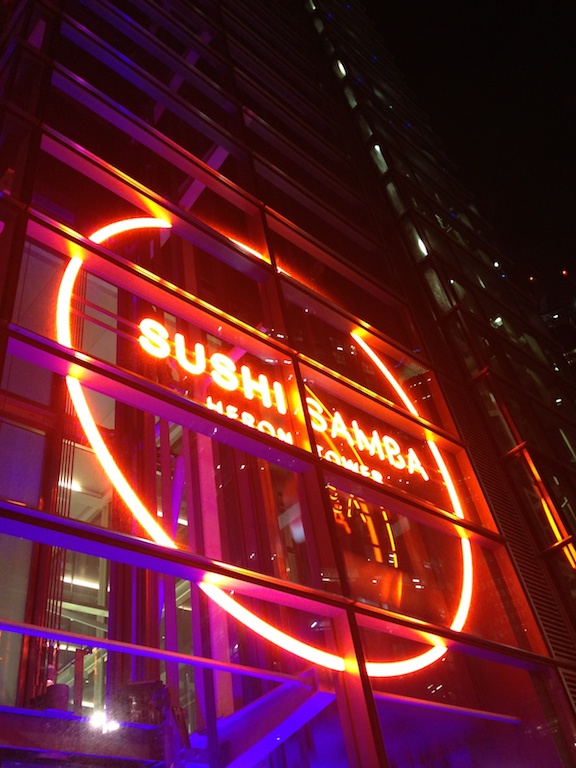 The NFL is coming to London this weekend, which makes me very happy even though I’m not going to the game, nor do I have any vested interest in the Steelers or Vikings. (Unless I happen to take this game as one of my picks in my Pick 7 league. Pick 7 has become my favorite thing about football season, surpassing my love of fantasy football. Do yourself a favor and get involved!) Actually, I can see the top of Wimbley Stadium from my window. I’ll have to open my window and see if I can hear cheering. It’s been nice being in a place during football season where I can actually watch (half of them, at least) the games. I love the NFL. 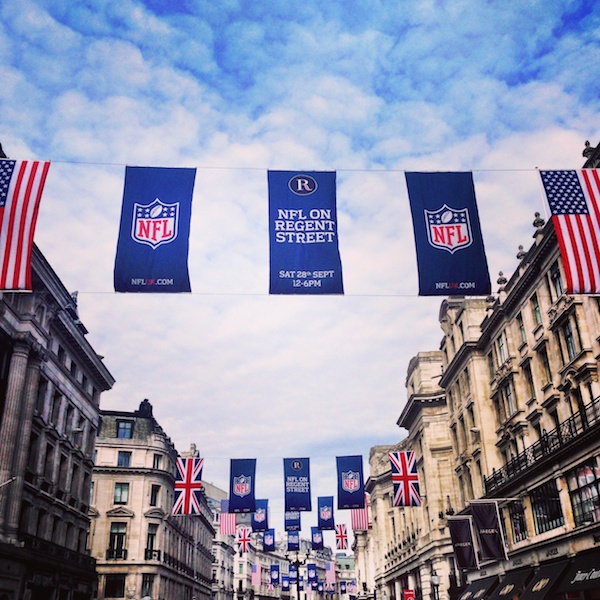 Being an American in London comes with a bit of a learning curve. Thankfully, I have some English friends to help me out from time to time. Here are a few of the things I’ve learned after living in London for two months:

1. Pants are underwear in England. When I first arrived, I packed with the idealistic (unrealistic) dream that the hot, beautiful English summer would last well into autumn and only packed three pairs of ‘pants.’ I kept telling my English friend this and he would look at me and say, “You mean trousers?” Followed by an explanation that if I keep telling folks about how many pants I brought, they’ll think I’m weird for a. talking about my underwear and b. only bringing three pair. Even two months in, it’s going to be hard for me to remember to say trousers. Lucky, I mostly wear jeans, which is a universal term.

On that note, I’m quite grateful that my Uncle is a pilot for Delta and has been gracious enough to bring an extra suitcase/duffle with him during his August and September trips packed up by my mom with various goodies. 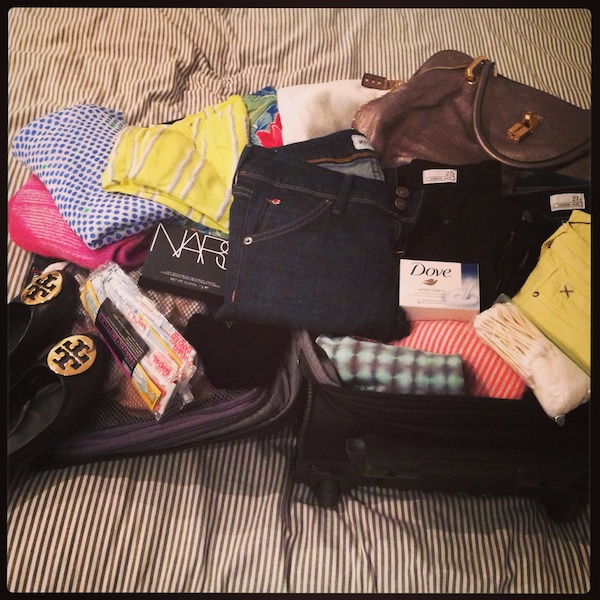 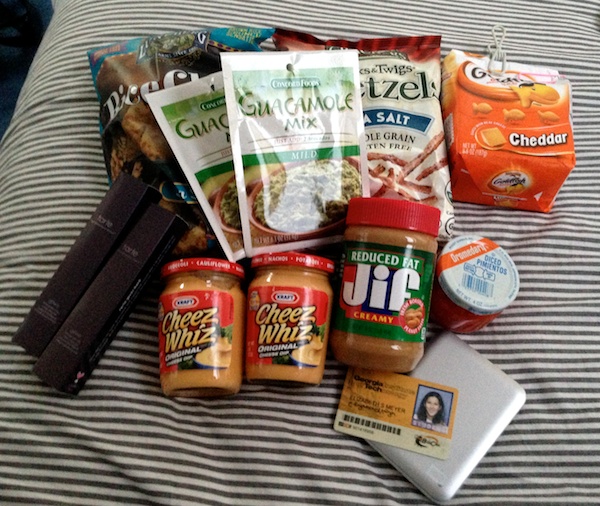 2. I’ve yet to really figure out why the showers in England work the way they do, but a good many are electric and you must flip a switch or pull a cord before the shower turns on. This happened a mere few days in while staying with a friend. I spent a good ten minutes in a towel staring at every imaginable water and electric line into the thing (feeling increasingly frustrated & a bit like a moron), but it still wouldn’t turn on when I pushed the power button. Google to the rescue.

3. Certain American ingredients can be quite the mission to find, if they in fact actually exist in the UK. I cooked dinner for a friend and decided to do a very Southern meal with fried chicken, squash soufflé, corn on the cob and sautéed spinach. Finding yellow squash was incredibly hard. After a combo of 2 Whole Foods and 3 markets runs (including one market that really only sells wholesale to restaurants), I found a kind of yellow summer squash. I think it turned out well and my grandmother would’ve been proud (it was her recipe).

Oh, and I’m pretty sure I blew the employees at Sainsbury’s mind trying to explain Cheese Whiz (in the glass jar, not the squirt can) so I could make a broccoli rice casserole. 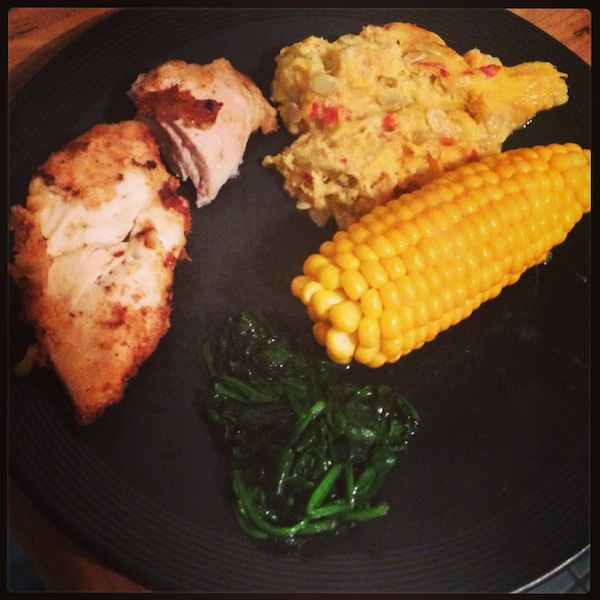 4. Having the Tube doors close on you is not the most pleasant experience.

5. My favorite buses are the 52 and 6. When I first got here, I thought the bus routes were really tricky to figure out. Thankfully Google Maps and a wonderful app called Citymapper help out in this area tremendously, giving you a variety of options. I kinda feel like a bus pro now.

Pro tip: if you’re taking a night bus home after a night out, put in your headphones and set an alarm on your phone. Otherwise, you MAY take a nap and wind up in the bus garage at the end of the line. Not that this happened to me or anything.

I’ve been doing lots of walking tours in London, more on those later, but in doing so, I love learning the history of the city, along with quirky facts that might help me out in a future pub quiz. A few of my favorite fun facts learned so far: 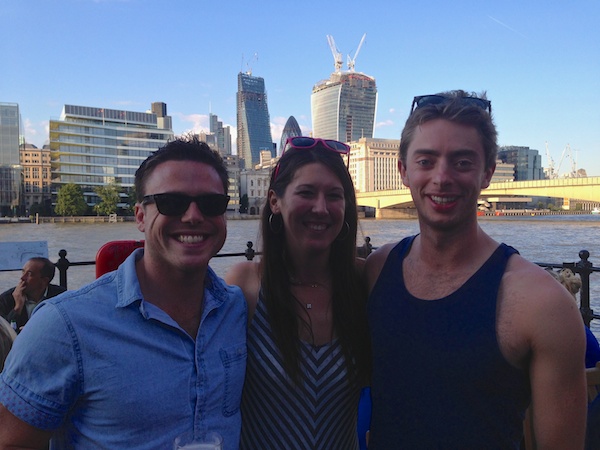 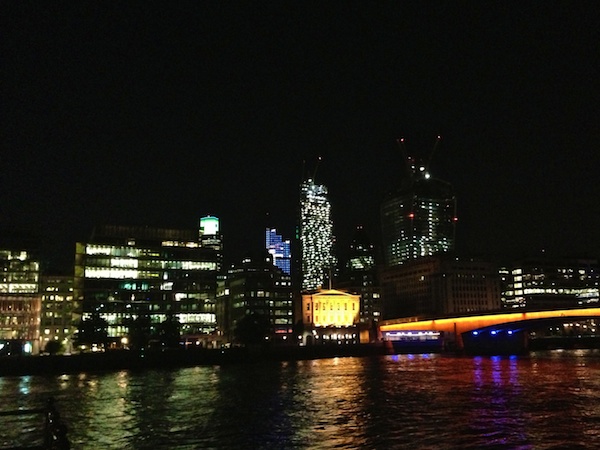 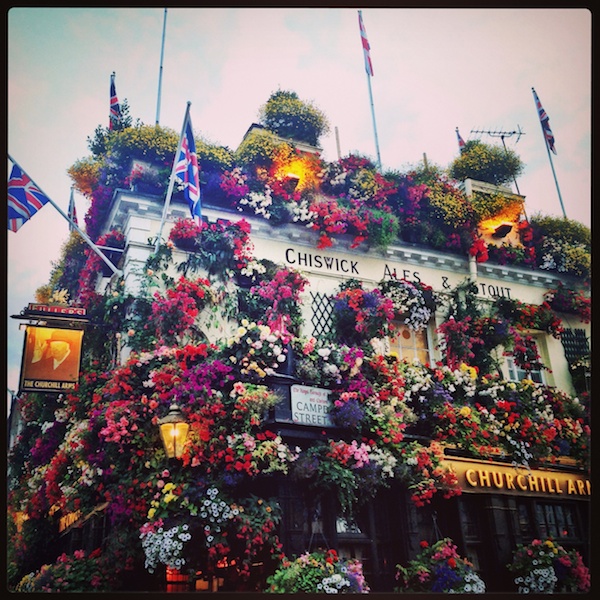 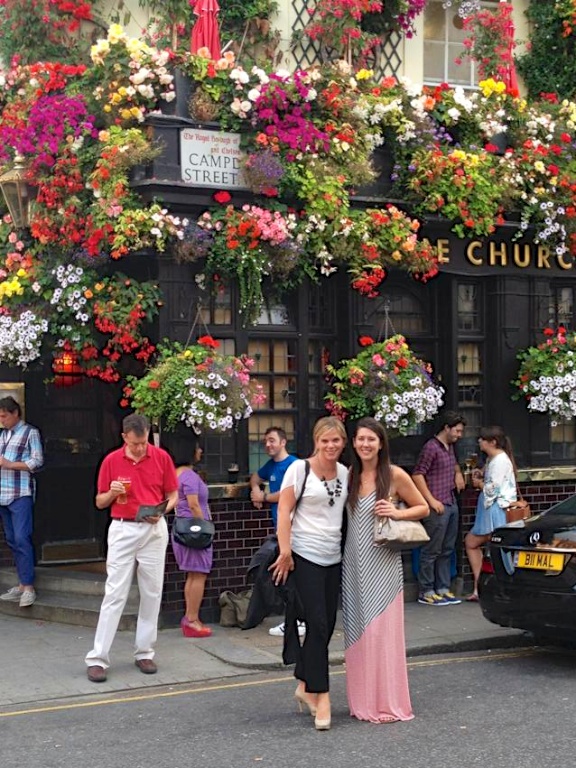 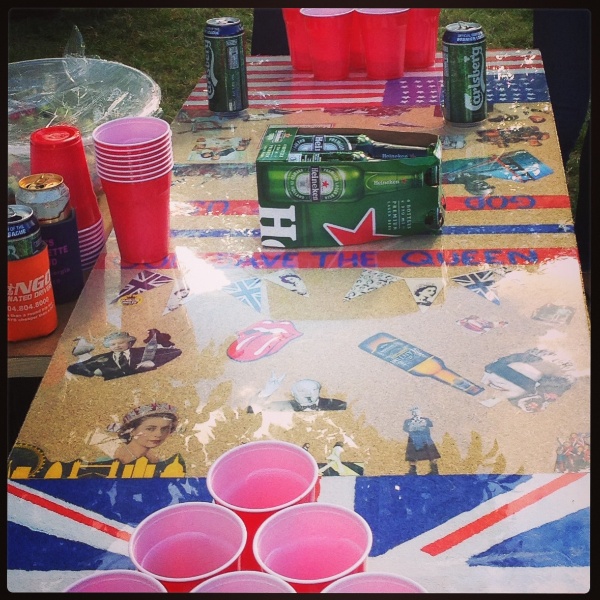 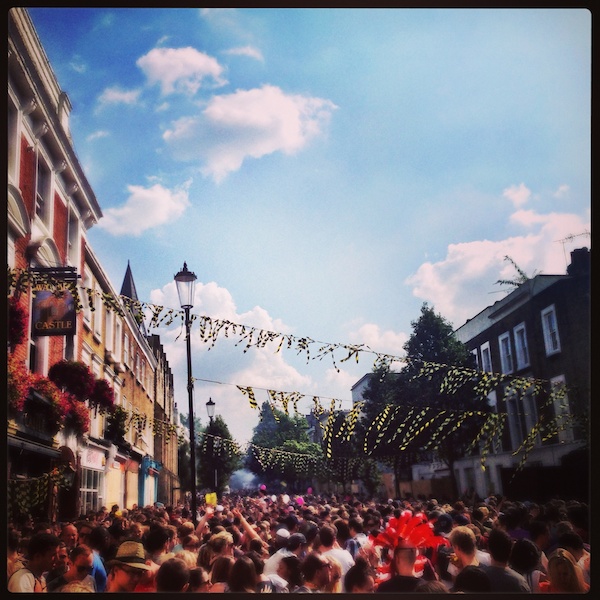