Well, we’ve done it. Pastry school is half way over and I’ve graduated from the International Patisserie Diploma portion of the course. We now have two weeks off before starting the higher culinary diploma portion of the course. It’s going to feel weird once we go back not to be in the kitchen with the seven ladies who became a little school family for many, many hours during the week.

Half of us are returning, plus we’re joining up with the International Culinary students, who we worked on our menu planning project with. It’ll be great getting to know them a lot better. Plus, the second half of the course includes a trip to the Amalfi Coast! Super excited about that. 🙂 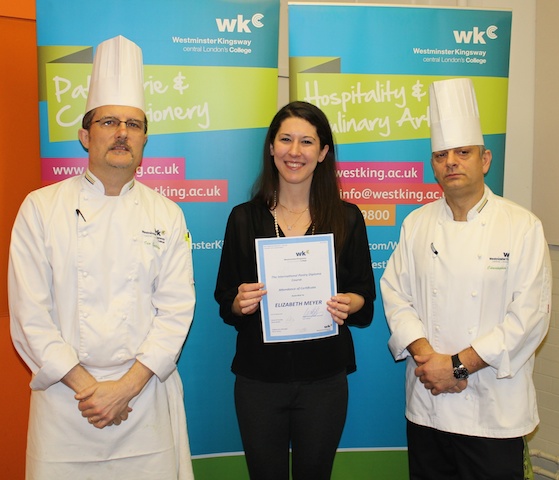 On Tuesday we made Pâte à Savarin and Crème Opera/Caramel. Pâte à Savarin, or rum baba, is an enriched dough that is soaked in rum after baked. It a very similar dough to brioche and just as rich of a dough with the inclusion of eggs, butter and milk. Once baked, the rum babas are soaked in a rum stock syrup and then paired with cream and fruits for a really tasty treat.

Crème Opera/caramel is a custard based dessert with a soft caramel on top. It’s cooked inversely in a water bath, and once taken out of the oven, turned over so the caramel is on top with more caramel that drizzles around the dish. This was another fun experiment in plating desserts. 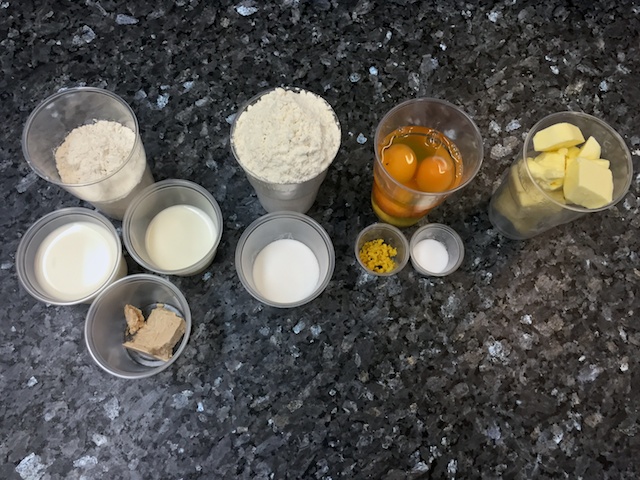 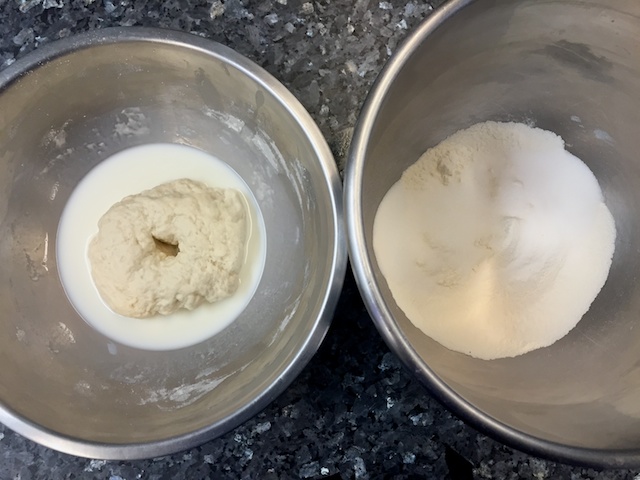 Adding the ferment to the other ingredients 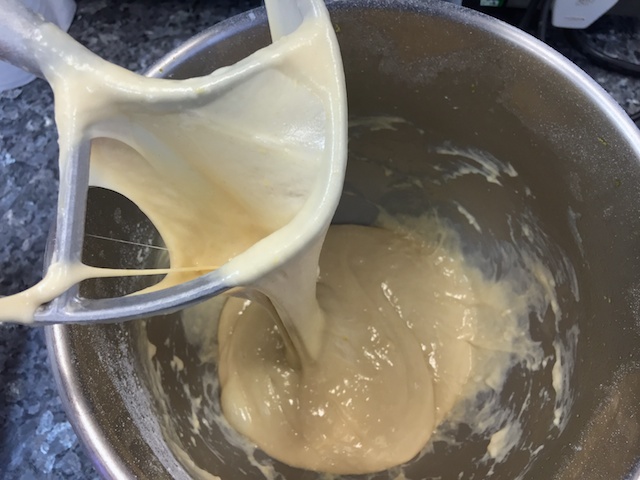 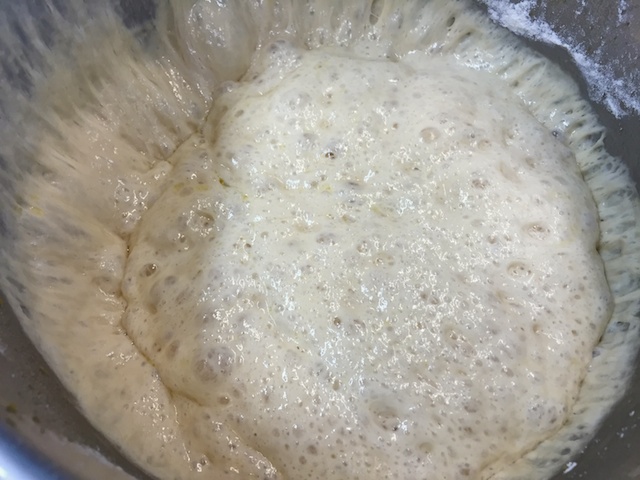 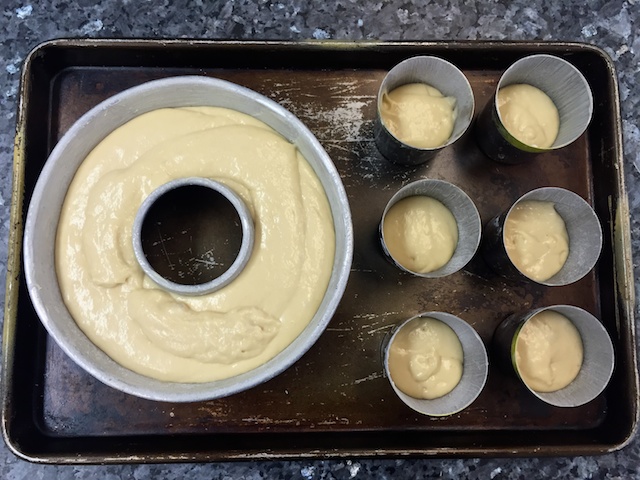 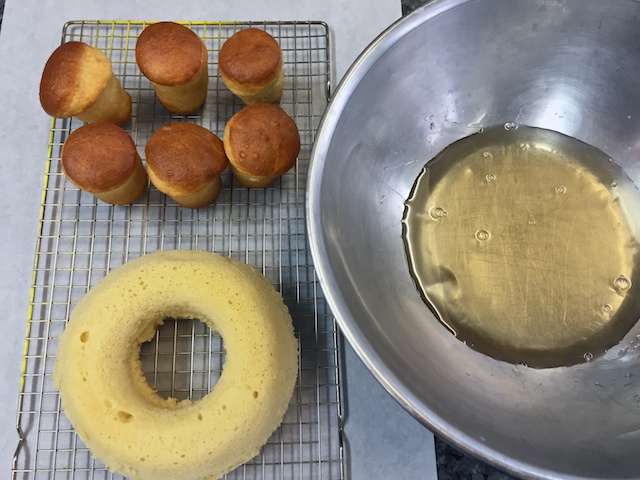 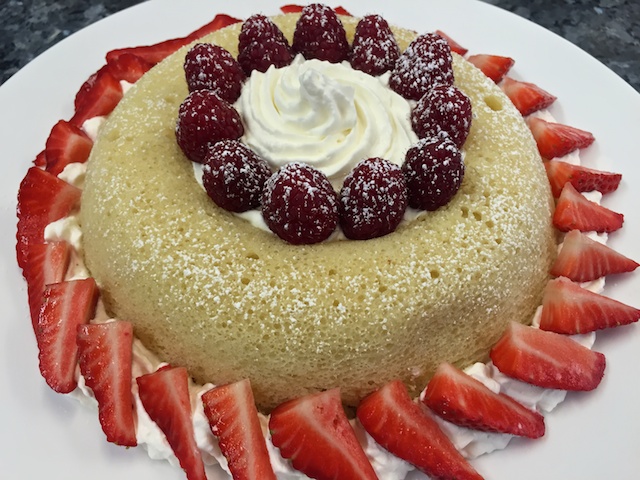 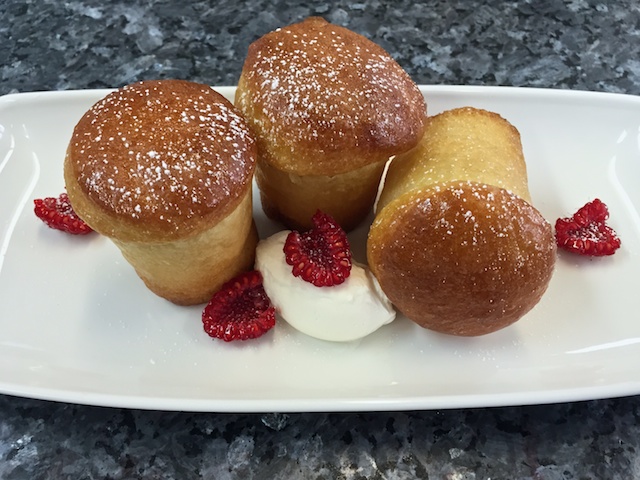 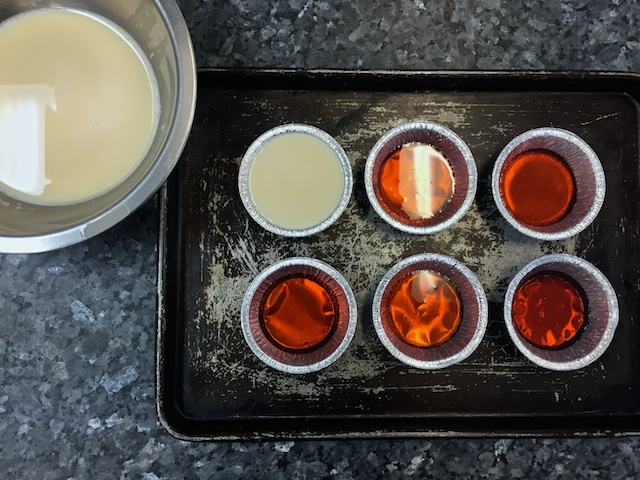 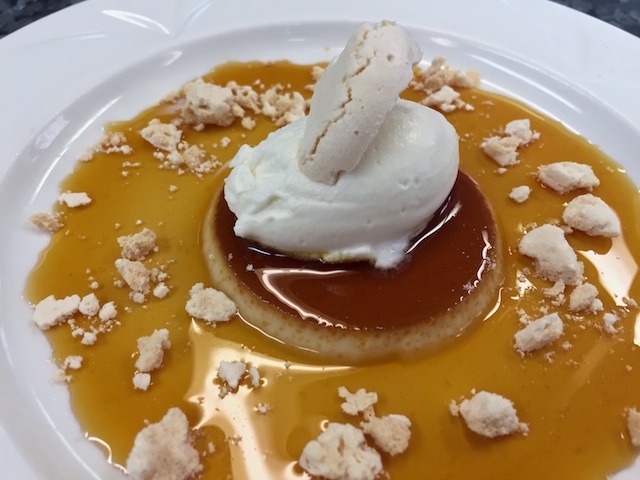 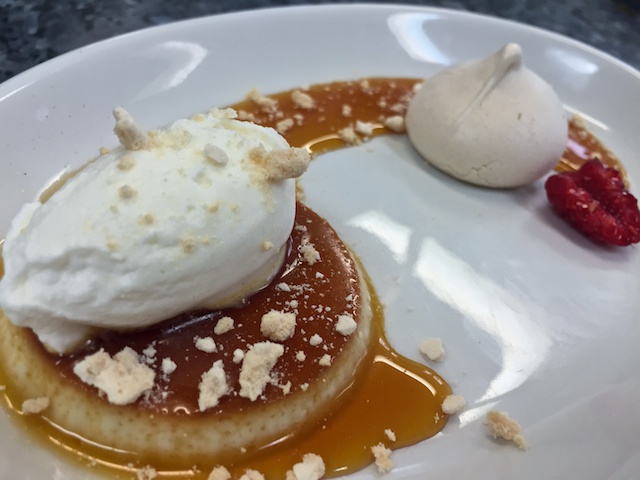 On Wednesday, I had to make up my nougatine centre piece practical exam which I missed when I went to the McCarthy wedding in Charleston a few weeks back. We did a test run of our centerpiece that week, so I had the basic structure and plan already in place. Things went fairly smoothly during the allotted exam time. I made my nougatine and caramel on a very low heat so I didn’t risk crystalizing or burning it, which worked, but took foreverrrrr. I had made the choux buns previous and frozen them, so I just had to let them unthaw and add the caramel top.

For the most part things went calmly and according to plans. At the very end, I accidentally knocked off one of my triangle side pieces (which fell to the floor and shattered), but I had a bunch of extra nougatine so I just warmed another piece up and re-cut/glued it on. In my trial centerpiece, I put the triangles underneath the circular disc, which concealed the caramel ‘glue’ from sight and I forgot about that on this one until I’d already attached one. I got marks off for this, as I used caramel that had been reheated a few times and was a bit darker. Same for the caramel on the top. In hindsight, it’s best to make a small batch of caramel that’s very light in color for the final assembly.

My design was meant to be simple with some extra flare. Almost like an upside-down bouquet. I ended up getting a merit, which was really frustrating and annoying, because of the color of my caramel on those glued parts and the simplicity of my royal icing work. Even though people keep saying that’s a great mark, and we’ve only done these skills a limited number of times (usually exams is the second time), it’s frustrating falling just short of the next level. 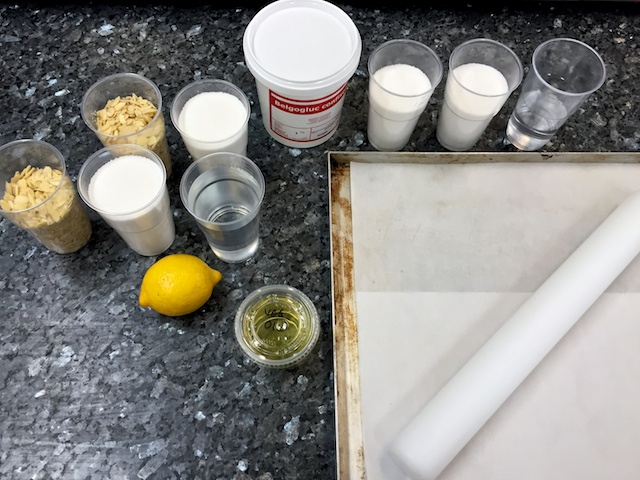 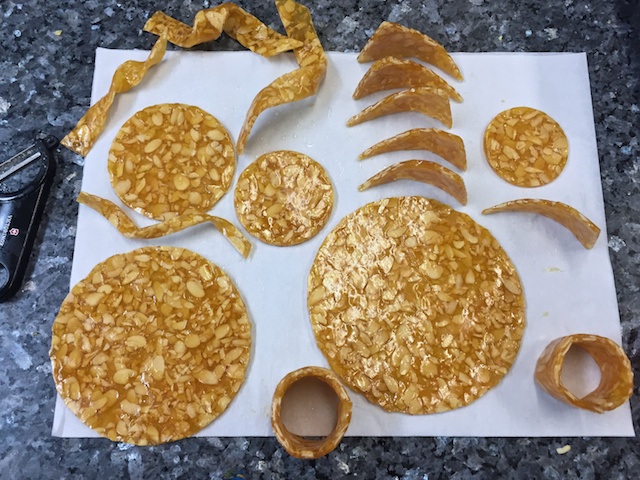 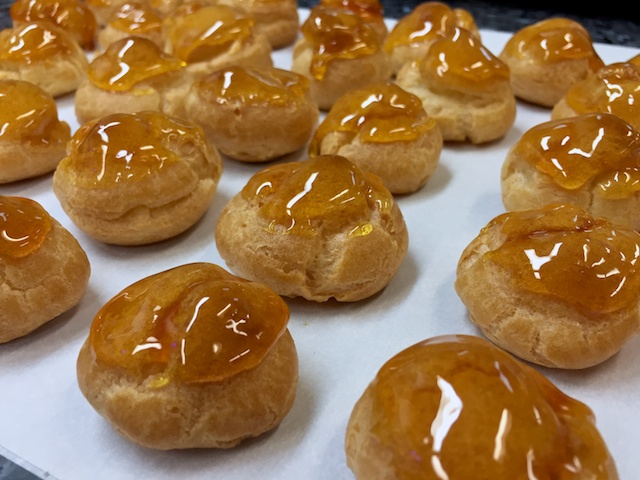 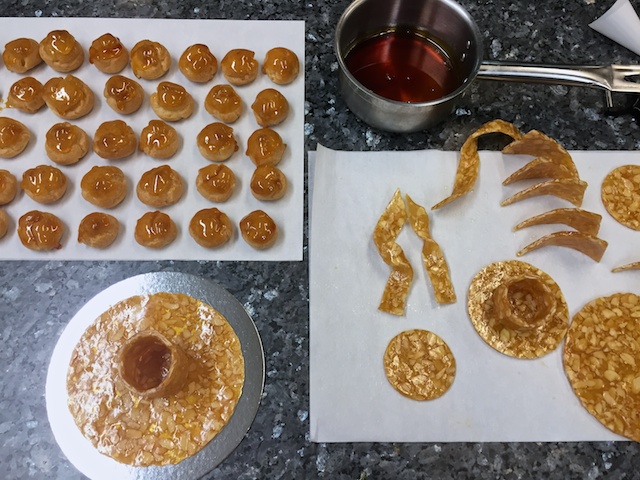 Ready for the big assembly 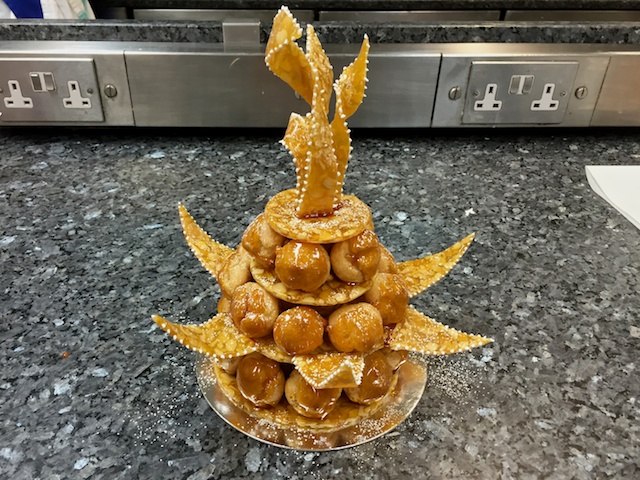 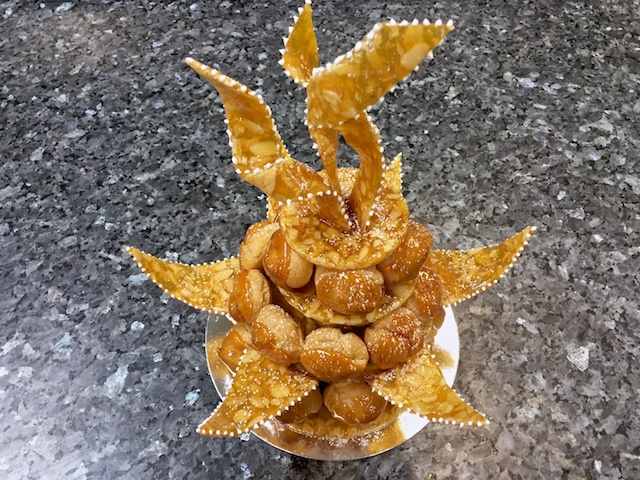 Final centerpiece, from above

Since we weren’t in the classroom on Thursday, I went in a little early to help out in the chocolate lab on some Easter chocolates. It’s my favorite room to work in, even though I end up eating way too much dark chocolate. 😉

Thursday was our celebration lunch in the Escoffier restaurant, which is an intimate fine dining training restaurant at Westminster Kingsway College. We had a delicious three-course French meal served by the level two students. 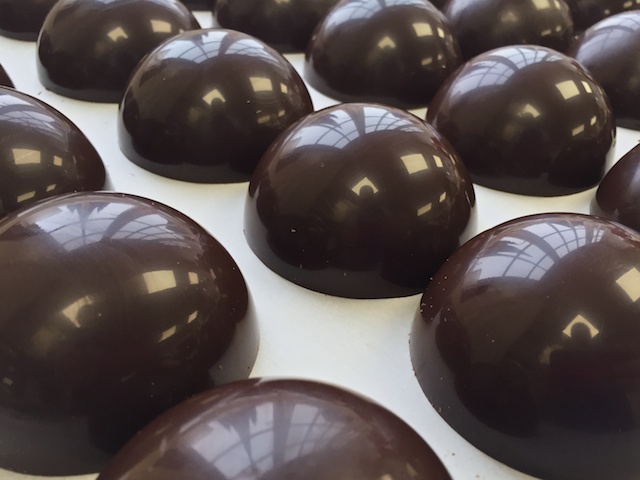 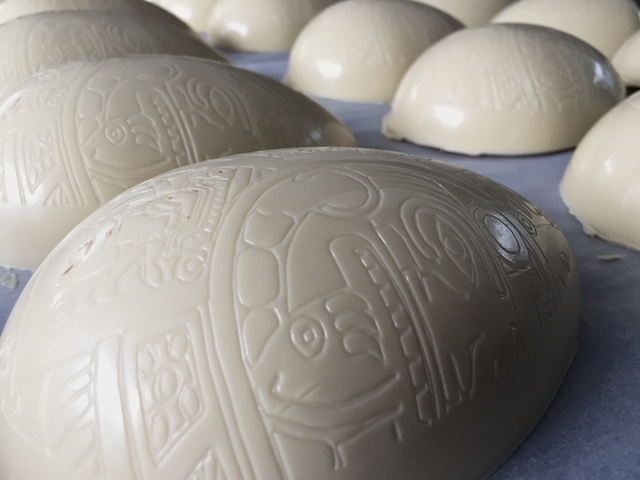 On Friday we had our part one graduation, celebrating the completion of our International Patisserie (Culinary, for some) Diploma. Four of the girls from my pastry course and most of the culinary students will continue on for another 24-weeks completing the IVQ Level 3 Higher Culinary Diploma. It was a nice little celebration and great to meet the moms of Jennie, Lulu and Shenika! 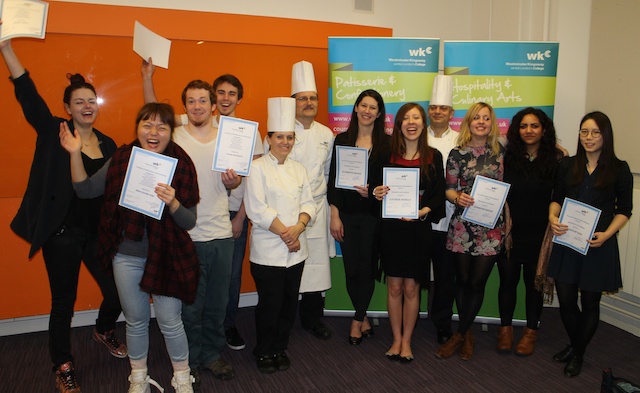 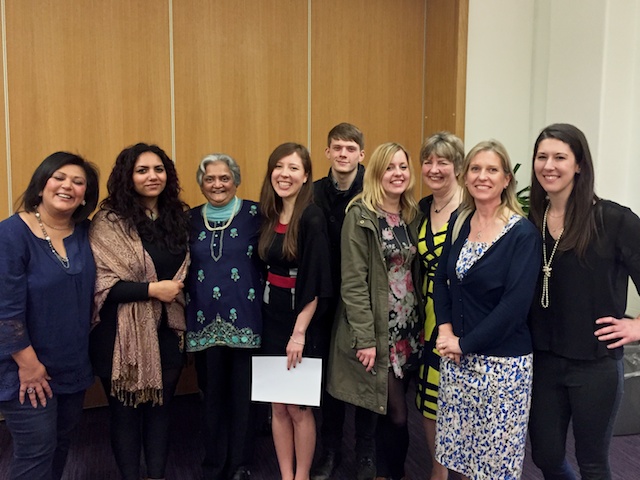 Pastry ladies (minus Krystin & Karou) and their families