Week 35 of pastry school was a big week because it was the week we were taking our City & Guilds IVQ Level 3 exam. We started off the week with review games, insuring we were familiar with all the keywords from each of the units that make up the diploma curriculum – supervise staff training, resource management in food preparation, menu planning and costing, supervise food production, food safety supervision and global influences. 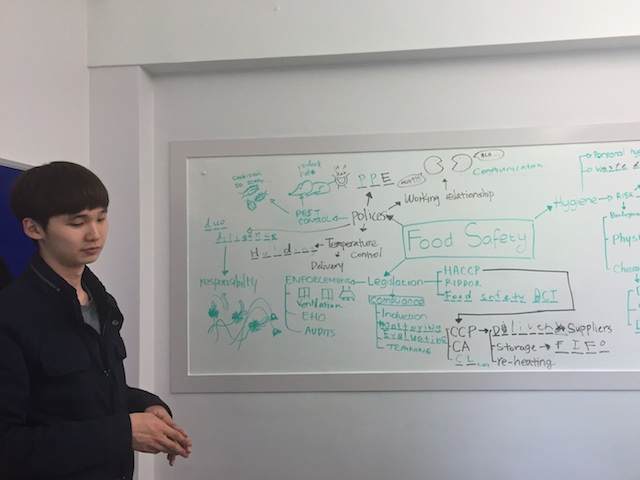 Following our day of review, we spent Tuesday learning about the experiences of more chefs in the industry. The day began on a field trip to Ozz Restaurant in Marylebone. Ozz is modern European cuisine which pulls influences not only from Europe but also from the restaurant owner’s middle eastern roots (he grew up in Syria) and the Head Chef E Amélio de Oliveira’s Brazilian upbringing and Portuguese and Italian heritage. It was great getting insight from a restaurant owner’s perspective.

Back in the classroom, we were treated to visit from Jordan Bourke, a chef, food stylist and author, who started his career in film production before going back to school and training at Ballymaloe Cookery School in his native Ireland. Afterwards he worked alongside Michelin star chef Skye Gyngell at Petersham Nurseries Restaurant in London before transitioning to private clients. Following that he has written two cookbooks with a third on the way and has been featured in numerous national and international publications including The Guardian COOK magazine, The Times, The Sunday Times, Vogue, Elle, Hello!, Delicious, BBC Good Food, Waitrose Kitchen and Food & Travel.

Our final guest was Sophie Michell is the Executive Chef at Pont St at The Belgraves Hotel where she became the youngest female executive chef in the UK. She began her training at Butler’s Wharf Chef School in London before working at glamorous restaurants La Gavroche, Michelin-starred Greenhouse, the Lanesborough and the Embassy. At the age of 19, Sophie was nominated ‘Young Chef of the Year’ by the prestigious Craft Guild of Chefs. Her early restaurant experience and interest in healthy eating led her to be the private chef for celebrities Claudia Schiffer and Leonardo DiCaprio. She has continued to cater for high profile and pop-up events. Michell is part of the team behind The Gorgeous Kitchen at Heathrow Airport. She also has experience as a TV presenter (C4’s Cook Yourself Thin) and food writer with six cookbooks out and a seventh on the way. She has had columns and contributed to titles such as Grazia, Healthy Magazine, Eat Me, and broadsheets including The Telegraph and The Independent, The Mirror, The Sun, The Times, The Guardian Weekend Magazine, Stella, YOU magazine, The Mail and Observer Food Monthly.

It was fantastic to be able to ask questions and get advice from such well established chefs as well as learn firsthand about their incredible experiences and background. 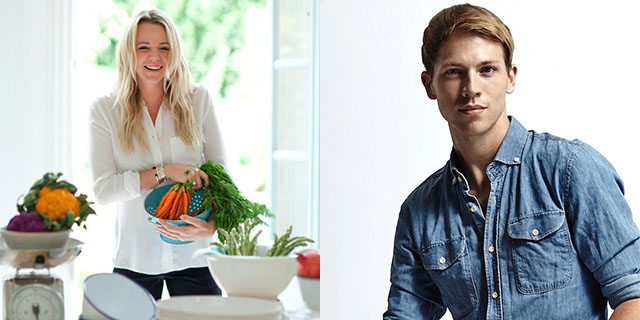 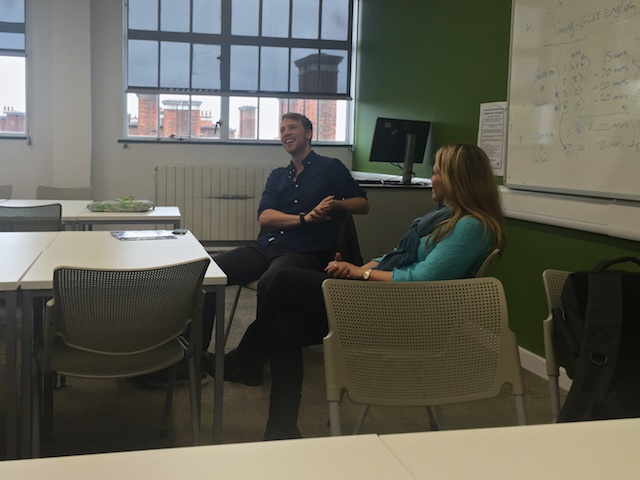 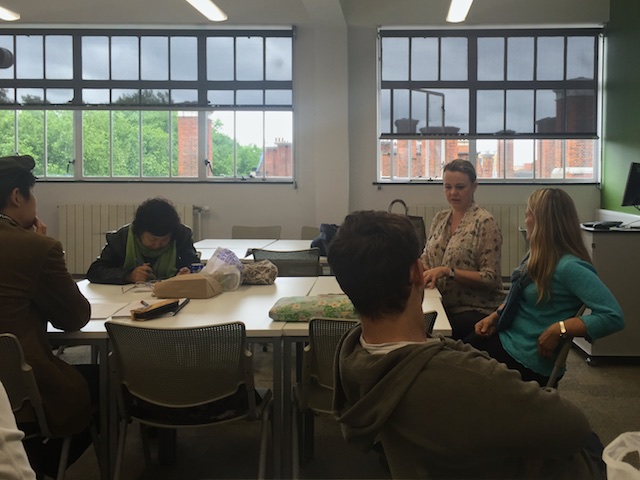 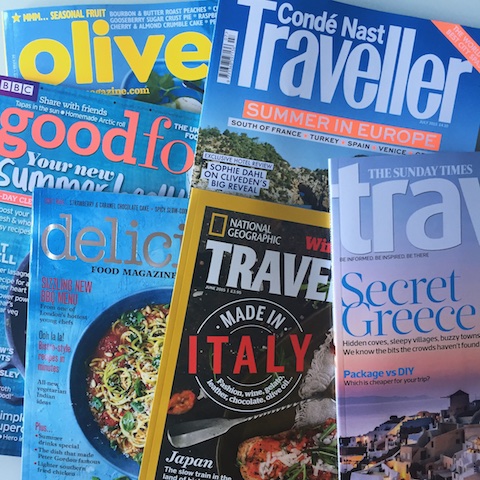 On Thursday we took our City & Guilds IVQ Level 3 Advance Diploma in Food Preparation and Cookery Supervision exam. That’s a mouthful to type, and say. 😉

I haven’t taken an exam in over a decade, so I wasn’t really sure what to expect. Especially one that was entirely comprised of essays. I spent a good bit of the week studying and the test was pretty easy. Minus one BS question on international cuisine that was specific to a certain country (which wasn’t explicitly covered in the book and seemed to be chosen at random). It was not a country I’ve ever traveled to, and not my favorite cuisine, so my answer ended up including a lot of stereotypes.

Otherwise it went well, minus the exhaustion from hand writing 16 essays with multiple parts for two and a half hours. Ha! After the exam, it was such a gorgeous day, a few of us spent the afternoon enjoying some beers in the park! 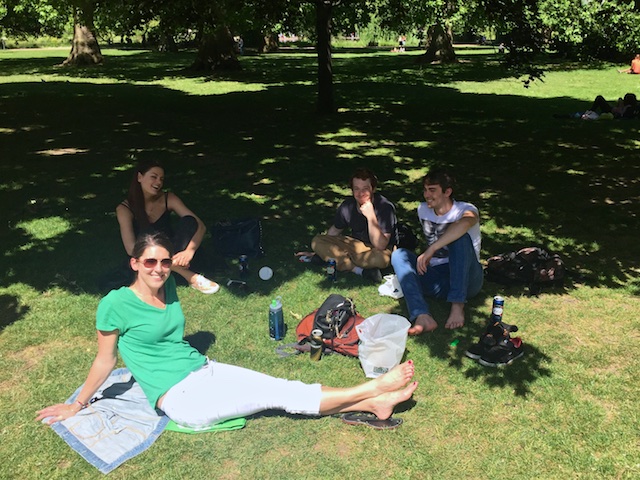 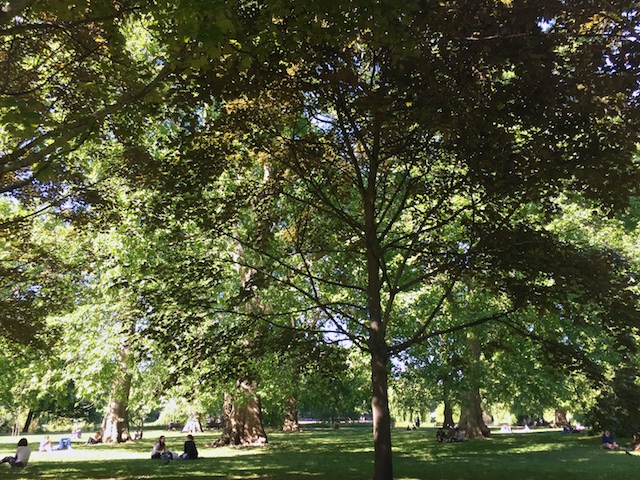 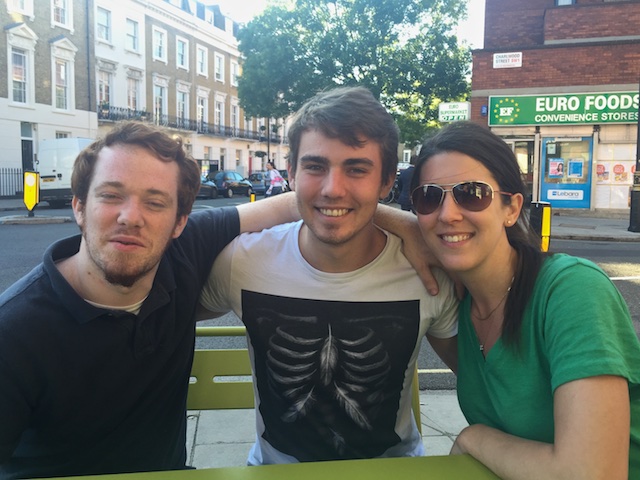 Week 36 of pastry school was fairly uneventful, as we were in the classroom and focused on our menu planning assignment part two. We broke into teams and decided on our menus. Our team went with an American breakfast for dinner theme. Somewhat Southern, somewhat international flare. We had to come up with a canapé, starter, main, fish and dessert. The remainder of the week, we worked on our recipes, putting together our order needs for stores and filling out our course logbook.

I didn’t take a single picture in class during week 36, so here are a few random photos taken around London that week. 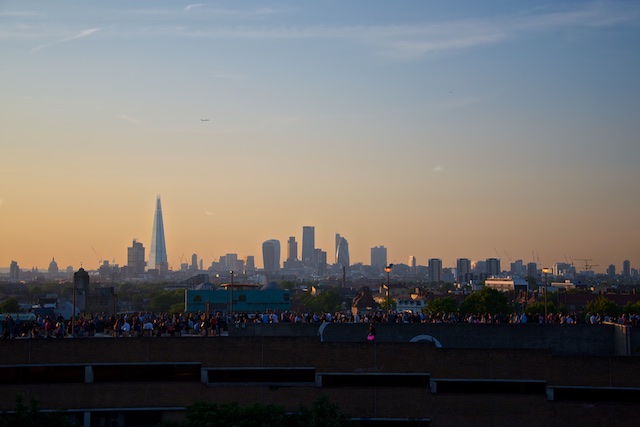 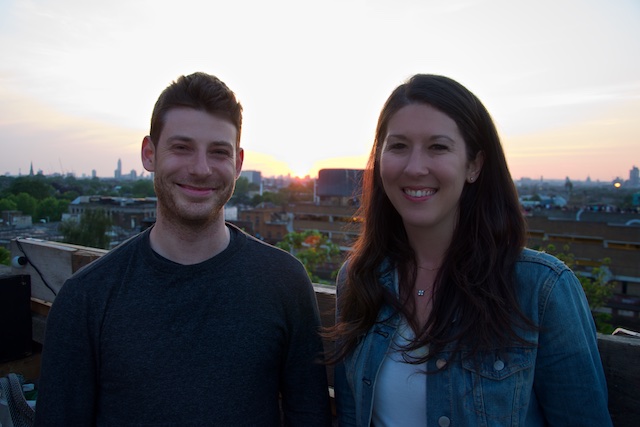 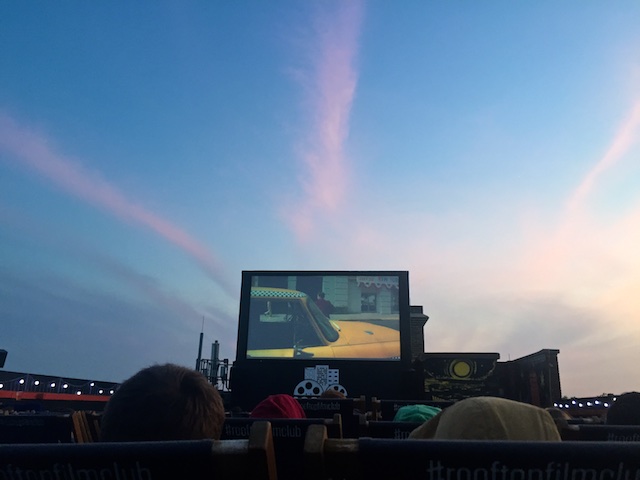 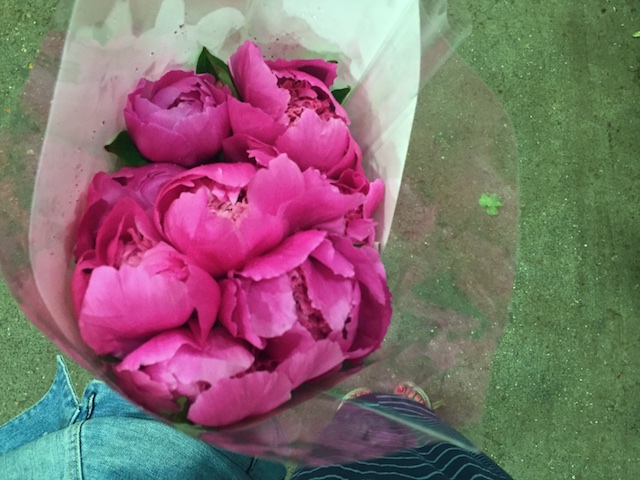 It’s finally peony season. My favorite! My friends mom (visiting from the States) ended up in the hospital when she got here so I picked up these beauties at the New Covent Garden Flower Market to try and brighten her spirits. They smelled incredible!