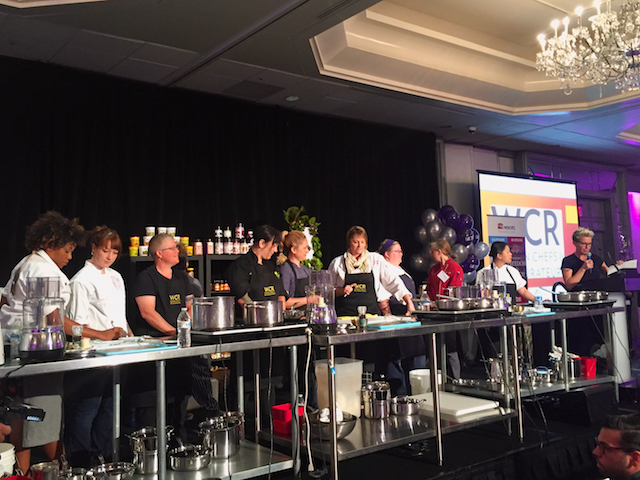 A few weeks before I was moving back to Los Angeles, a friend texted me about this Women Chefs and Restaurateurs National Conference, which was taking place the second week I was back. The conference was a little pricey (with all the other moving costs, etc currently), so I debated attending the event for a few days.

I ended up pulling the trigger because it felt like too good of a networking opportunity to pass up. Especially since I was just moving back to LA, job searching and trying to learn the culinary rope Stateside, after graduating from pastry school in London.

The theme of the event was “Imagine your dreams. Ignite the future.” Both theme and timing seemed quite fortuitous. 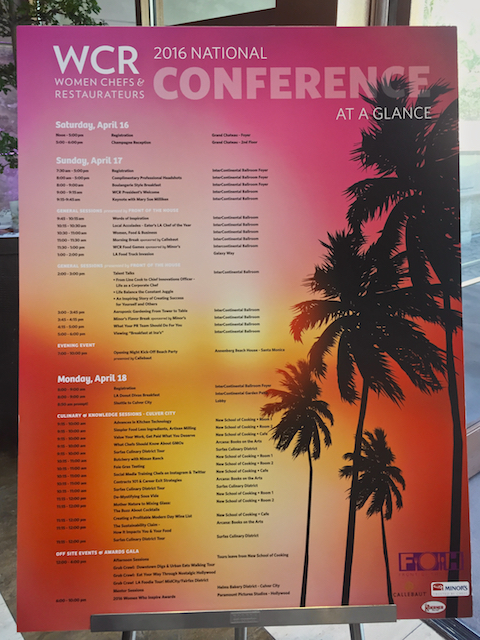 The first day kicked off with a welcome from Women Chefs and Restaurateurs President Ruth Gresser who introduced the keynote speaker, Mary Sue Milliken. Mary Sue, Chef/Co-Owner Border Grill, Food Network’s Too Hot Tamales and Bravo’s Top Chef Masters, shared her story and how being curious, restless and determined helped her to grow and evolve. She left us with the message that if we take things one step at a time and embrace changes (one I’ve had to do a lot of lately!), we’ll get there!

From there, Elizabeth Falkner, Sherry Yard and Mei Lin took the stage to reflect on what they’ve learned in and out of the kitchen. Elizabeth summed up her love of pastry in three words: chemistry, artistry and (a little) naughty. She talked about how she likes to bridge art and culinary, savory and sweet. Elizabeth discussed how we’re all multitalented and can’t be describe as one thing, and Sherry followed up to that by saying, there is no box and we’re all so dynamic, we can’t be fearful about how other people paint us. Sentiments that really resonate with me. Elizabeth left us with one of her mottos, one we can all live by, “life isn’t certain, eat dessert first.” 😉

The morning sessions closed with the WCR Food Games where three teams and coaches competed to make three dishes using certain ingredients a la reality tv style. The judges were Nancy Silverton, Dominique Crenn, Antonia Lofaso and Sophie Gayot and the event was emceed by Susan Feniger and Elizabeth Falkner. Listening to the commentary and banter amongst the emcees and judges was hilarious. They were a highlight of the day! 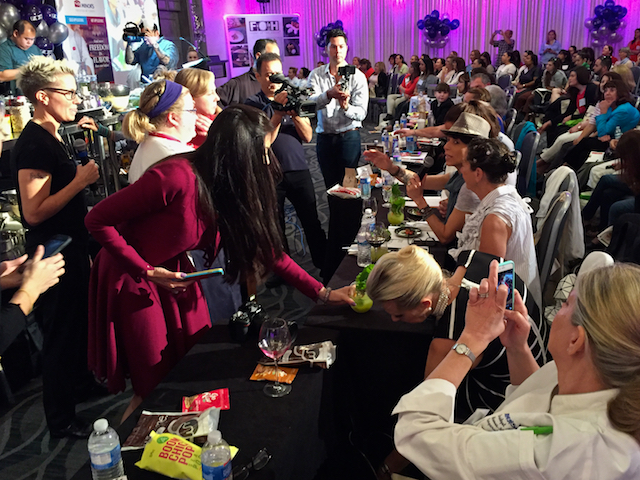 Lunch was quintessential LA-style food trucks. I opted for tacos from Border Grill and a Chunk n Chip ice cream sandwich for dessert. After lunch, the sessions continued with so many more interesting talks, panels,  shared experiences and stories. Chef’s Roll did free portraits for everyone attending, so I went ahead and joined in on the fun. 🙂 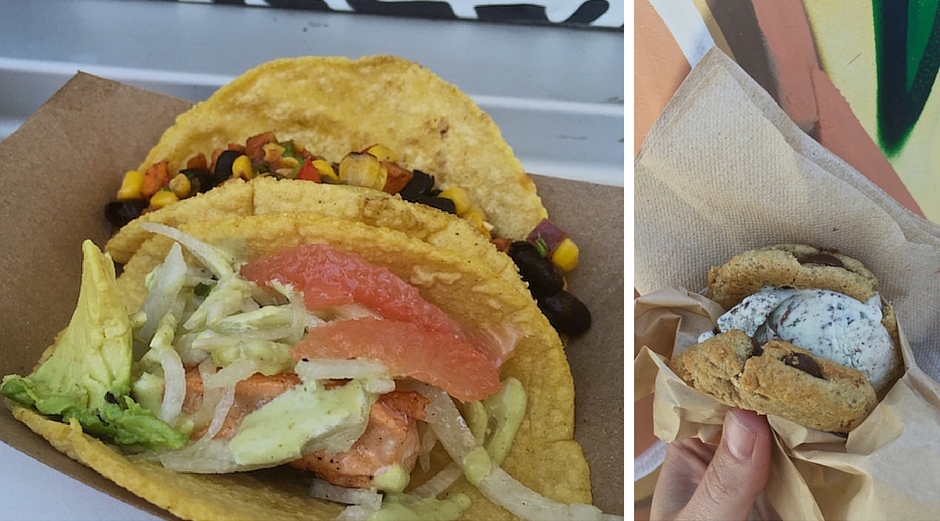 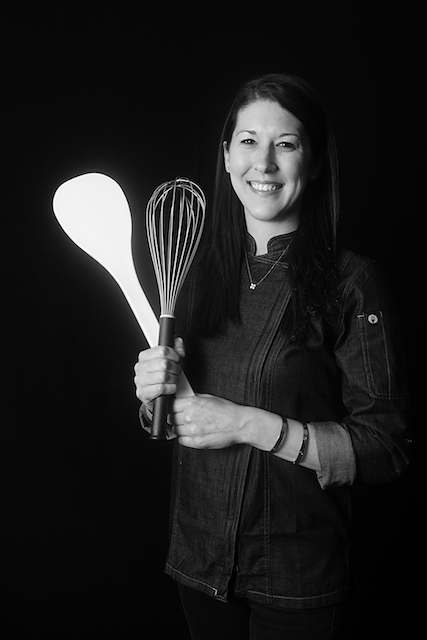 The first day was capped off by a fabulous evening by the beach at the Annenberg Beach House in Santa Monica. All of the food was amazing, but I spent the majority of my time in the room dedicated solely to desserts. Naturally. 😉

One of the featured desserts were macarons from ‘Lette Macarons. Fun fact, years ago when I worked at BNC, my colleague Amy brought in macarons from ‘Lette Macarons to our weekly meeting and it was the first time I was introduced to these French delicacies and realized that a. macarons were different than the coconut macaroons and b. I LOVED them. I got a chance to speak to the owner, Paulette at the WCR evening event and she was lovely, and her macarons (pictured: bottom left) are still some of my favorite in Los Angeles!

Day one of the Women Chefs and Restaurateurs was such an inspiring day filled with so many amazing females in the industry. I had the good fate and fortune of meeting so many wonderful chefs and women in the culinary field today. I left feeling exhilarated and very excited for day two. 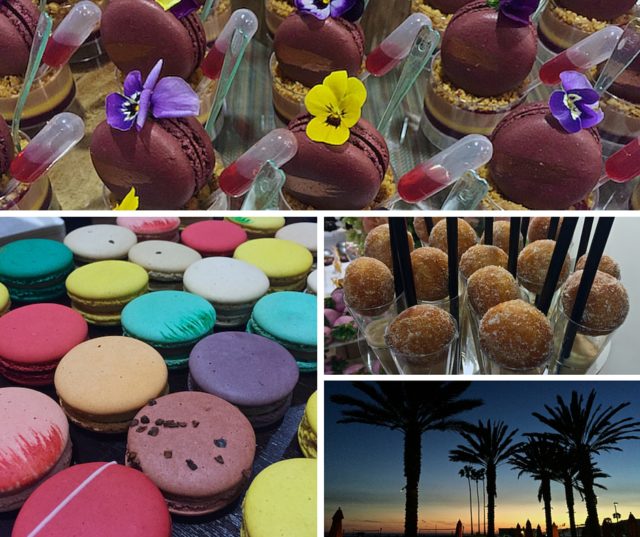 Day two of the Women Chefs and Restaurateurs took place in Culver City between the New School of Cooking and Helms Bakery District. The morning was broken up into a variety of sessions and I attended ones on valuing your work, social media and creating a profitable wine list. The co-founders of Chef’s Roll, Thomas and Frans, gave a great talk on social media. I got to chat with them more throughout the day, and they’re such great guys with a wealth of knowledge. They’re also based down the road in San Diego and I look forward to connecting with them at events to come. 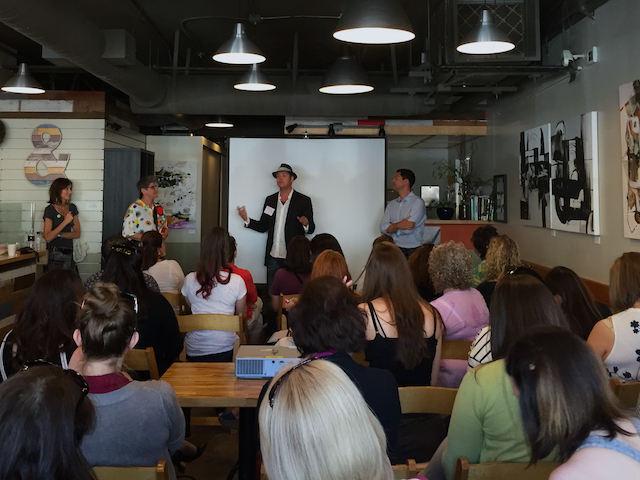 The afternoon brought about the mentor sessions which started with a panel discussion featuring Fran Bigelow, Nora Pouillon, Ruth Gresser, Kim Bartmann, Barbara Lazaroff, Elizabeth Falkner, Sherry Yard and Amanda Cohen. After the panel, each mentor came around to our mini groups. It was fascinating to hear the stories, experience and advice of these women.

Following the panel, Dominique Crenn of Atelier Crenn and Petit Crenn did a cooking demonstration. If you want to check it out, Chef’s Roll filmed it for Facebook live. Dominique is hilarious and a wonderful chef. I definitely need to make a trip up to SF to check out her restaurants! 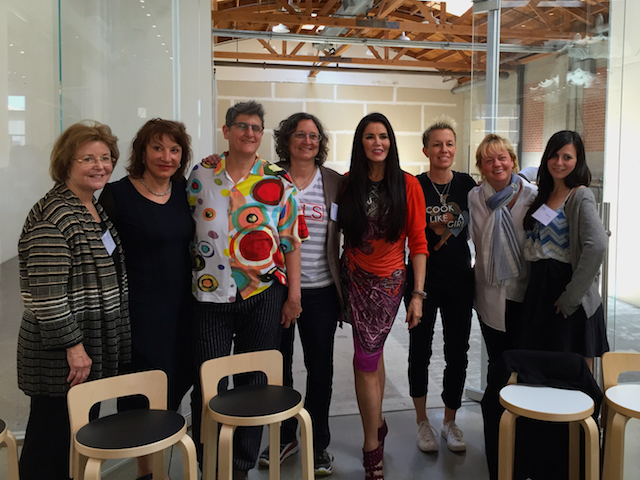 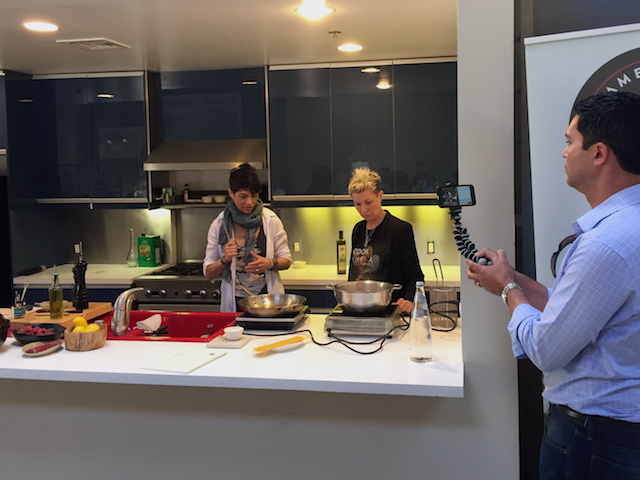 The grand finale of the conference culminated at Paramount Studios with the Women Who Inspire Awards. At the entrance of the festivities, Callebaut chocolate set up a Callebaut Belgian Cafe offering samples of chocolate and Belgian beer. A delicious pairing of treats!

As you continued into the studio backlot, chefs and restaurants from all over Los Angeles were featured in a three part set up – appetizers, mains, and desserts. All of the food was fabulous! 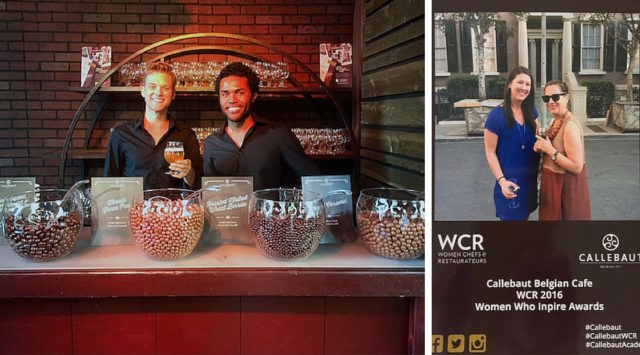 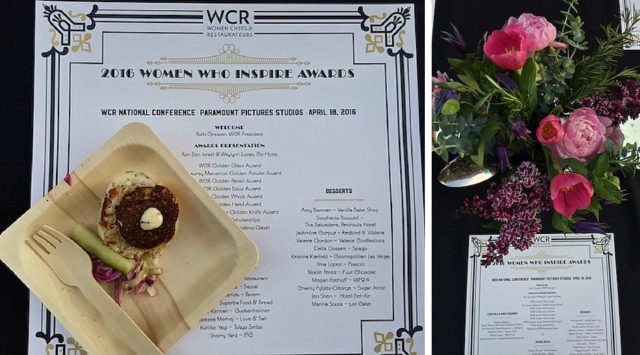 Coming into the conference, I’d been struggling a bit. Not really all that surprising to me given how much change has happened in the past few weeks. I’m not a huge fan of change, so tackling so much at once has been a challenge at times.

The women I met during the conference not only made me feel a part of their community, but they went out of their way to introduce me to other industry professionals, offer words of wisdom and offered their ear (and contact info) should I ever need someone to chat with in the future. I feel like I became a part of a group of not only industry colleagues, but a group of new friends.

The event sparked renewed joy and excitement about job searching and future opportunities. It made me feel much less crazy and fearful about changing careers and starting over in a new profession in my thirties. I feel very fortunate to have discovered the Women Chefs and Restaurateurs conference and blessed to have found this wonderful community of women to become a part of! 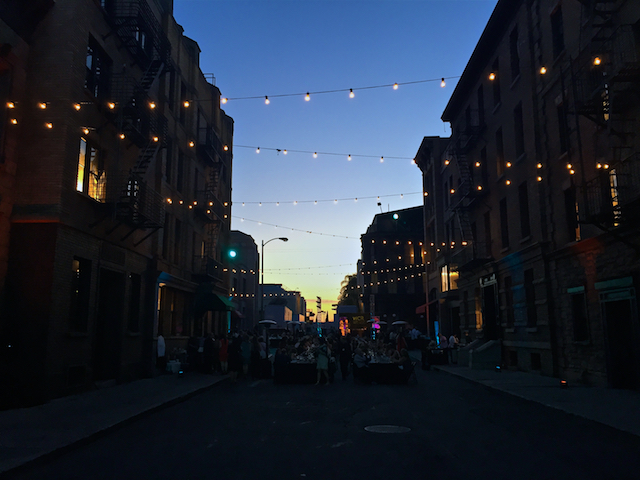