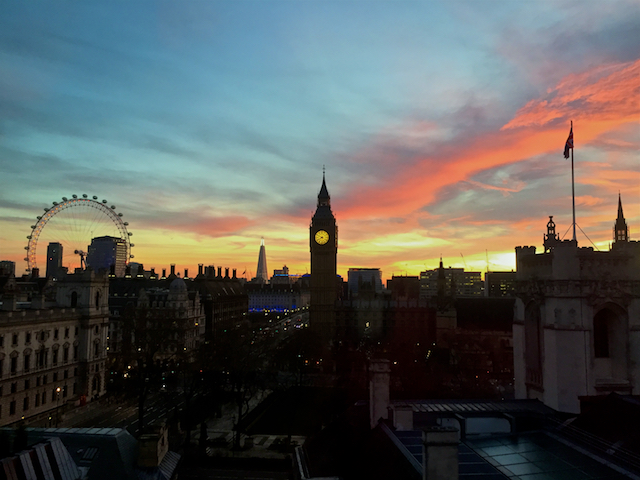 It’s been six months since I’ve been back in the States. In some ways my time in London almost feels like a dream. Movie like. There were ups and downs, as is life, but the opportunity to live in my favorite city in the world, one so rich in history, was one of the greatest experiences of my life.

It took me about five months to be able to start writing about London. At the beginning, I missed it too much and almost had to not think about it at all (with the exception of talking to my London friends). When you’re up against visas and immigration and it’s not fully your decision to leave a place, it takes a bit longer to come to terms with it. In the end of my days in the city, I tried my best to make everyday count, and because of that, I had the most amazing final two months. Really getting back into exploring London the way I did in the beginning, versus getting comfortable living there and forgetting to be a tourist in my own city.

Six months out feels like an appropriate time to reflect on a few of the things I loved most about my time in London. And consequently, the things I miss the most!

One of my favorite touristy-type things to do in London was go on walking tours. I was the tour nerd typing away notes on my phone as the guides spouted off facts and walking next to them to ask additional questions. I was obsessed with learning all the history!

I went with London Walks and a few of my favorite walks were St. Paul’s, The Blitz, Westminster by Gaslamp, Harry Potter on Location (the one on Sunday, when the City of London is empty!), Crime & Punishment and a Soho Saunter. 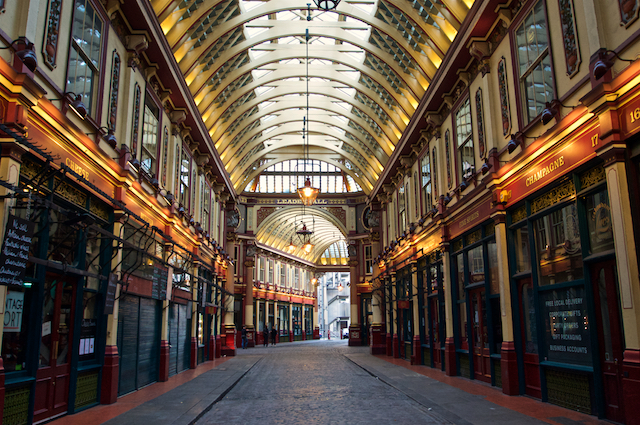 A few of my favorite facts: 1. Soho gets its name from the duck hunters who would hunt in the area (when it was fields) and call out their duck hunting cry “soho”. 2. London has the most CCTV cameras in the world (one camera per 17/18 people). 3. St. Paul’s was built in the architects lifetime (which was rare at the time for a cathedral) and Sir Christopher Wren built 51 churches in 40 years. 4. The road in front of The Savoy hotel is the only street in London where you drive on the American side of the road. And finally 5. Cheerio comes from when people would be leaving the pub and hail a ‘taxi’, which was a chair that people carried you on and to call them you would should “chair ho” which morphed into ‘cheerio!’ as a goodbye because you were leaving.

Outside of the tours, a favorite pastime was walking along the Thames, typically from Vauxhall to Tower Bridge. I loved walking or running that route and passing by the juxtaposed views of new and old London. 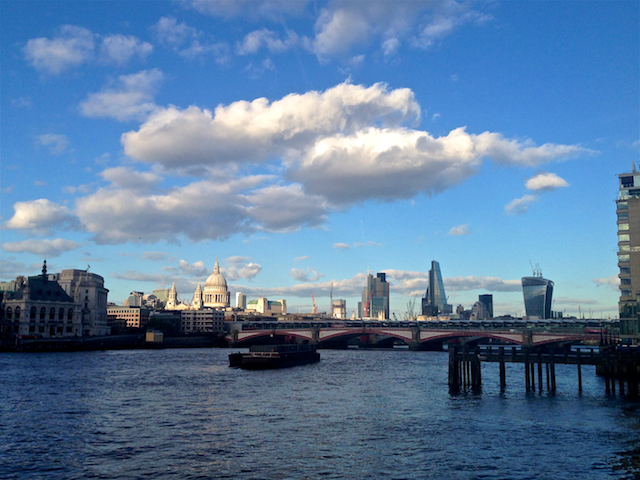 There’s something so nice about popping over to a friends flat, or even in my own house as I lived with British roommates the majority of the time, and having someone ask me if I fancy a cup of tea. Why yes, I would fancy a cup of tea. That sounds lovely!!

My friend Henry first introduced me to tea with milk back in 2004 and I never looked back! I drink a lot of green tea, but there is something so nice and comforting about a milky, slightly sugary, cup of black tea.

One of the first things I purchased when I moved back to the US was an electric kettle. It’s SO much more efficient boiling water than a stovetop kettle.

Along with tea, my favorite daily sweet treat living in the UK was a dark chocolate digestive. I’ve loved digestives since I was first introduced to them over a decade ago, but fulltime living in London and regular shopping at Sainbury’s, the dark chocolate digestives became a staple grocery purchase. You can buy them in the States (or on Amazon), but they’re $5 a sleeve at Cost Plus, which is a bit ridiculous considering I can get them for £1 in London. (It’s my British need while in America version of Goldfish crackers while living in London) Thankfully I have had a few friends ferry me over care packages occasionally.

This really boils down to me having to figure out a good recipe and make them myself! I mean, wasn’t that what pastry school was all about anyway…chocolate digestives?! 😉

London has so many incredible markets. I enjoyed the food ones best, naturally. My favorite London market that deserves a blog post all to itself (which I’ve half written and need to finish!) is Maltby Street Market. It’s relatively small, which might be part of the reason I like it, but it’s the cutest alley street filled with stalls and restaurants. They’ve got a gin bar, tons of desserts and perhaps the best stall, African Volcano where you can get killer burgers, or on Sunday, amazing Southern fried chicken. Plus, they have craft breweries in the rail archways just round the corner from Maltby Street. Food and beer…win! 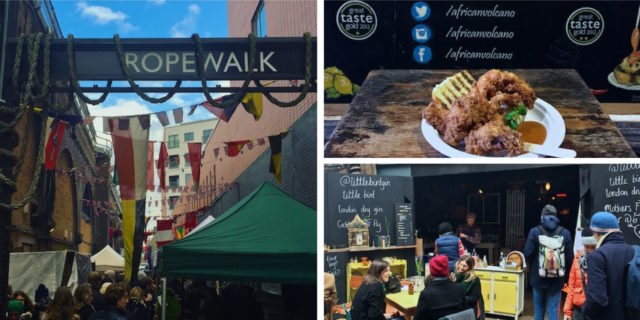 Other markets favorites include Columbia Road Flower Market where on Sunday you can find the most gorgeous flowers, plants and super cute shops that line the street. The oldest market in London, Borough Market, which has an assortment of delicious delicacies and located a stones throw from the river and lots of classic London pubs. 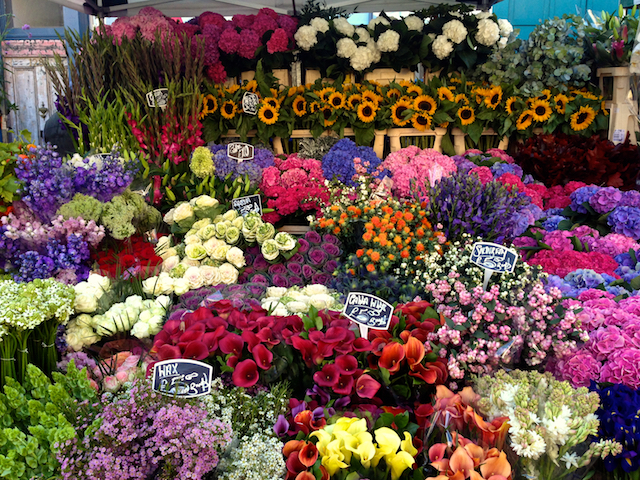 Brixton Market (my home turf!!) might not be the most commonly known market, but it has so many incredible restaurants and an awesome assortment of vegetables, meats/fish and spices. Also, because of the Jamaican roots of Brixton, a place you can find cornmeal! 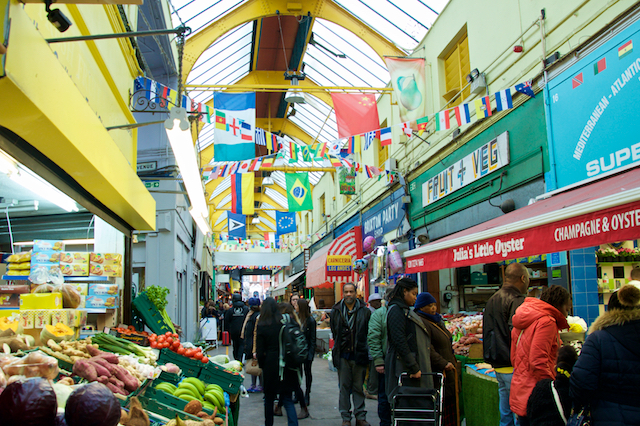 There are countless markets all over the city that I’ve really enjoyed – Camden, Portobello, Herne Hill. The list goes on and on!

When I first arrived, I lived in the spare room of a friend of a friend in north London near Kensal Rise. After my allotted time was up, a friend I met at the Travel Massive meet ups said I could stay in their spare ‘dining room’ area for a few weeks until I went home for Christmas. He lived in south London in Brixton. Another friend lived just on the edge of Brixton, so I’d heard of it, but didn’t know much about it. As luck would have it, I loved it and in that month, it solidified my place as a south Londoner. I lived in two different flats in Brixton during my remaining two years. 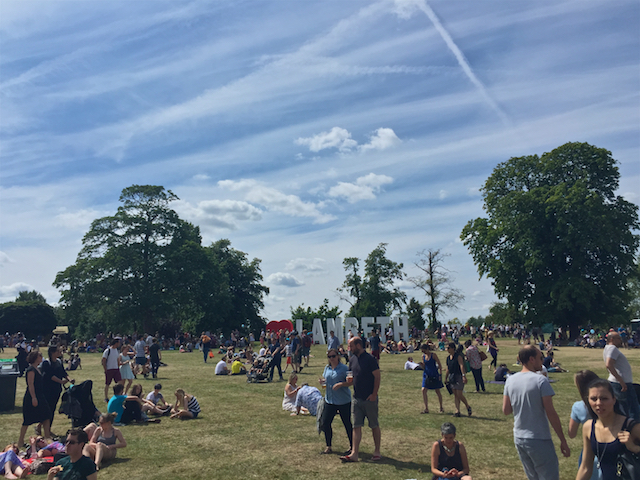 The place I lived the longest in Brixton was right at the foot of Brockwell Park. The parks in London are hard to beat. Towards the end of my time in London, my good friend Alex from LA was also living in London, and in Brixton of all places, so we would have Brockwell Park therapy walks and talk through anything and everything. It might not be the most well known London park, but from the top of Brockwell you can see the entire city. Plus they host the Lambeth Country Show, and other other fun activities!

A few fun facts about Brixton – Electric Avenue in Brixton was the first market street to be lit by electric street lamps. The street which inspired the 1983 single ‘Electric Avenue.’ It is the birthplace of famed Brits David Bowie and Sharon Osbourne. The Brixton Library was the first public library in London. Brixton is also home to some of my favorite London pubs and one of the best music venues in the city, Brixton Academy, which was purchased in 1982 for £1 from a brewery who owned the lease. 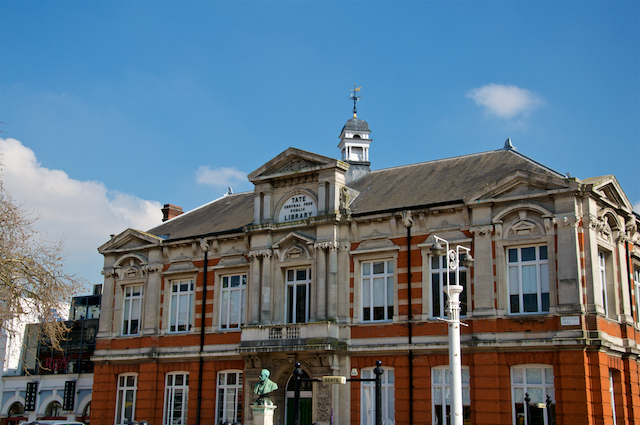 I don’t think I need many more reasons to convince y’all that Brixton is the best! 😉 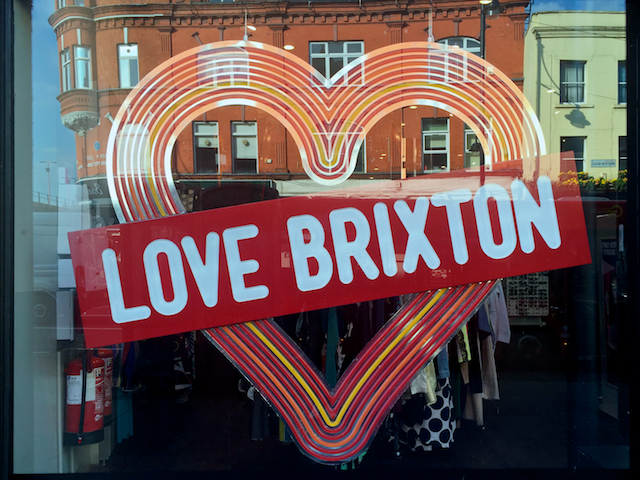 My time in London wouldn’t have been anywhere near as incredible without the wonderful people I was lucky enough to meet along the way. These folks became dear friends and my London family!

A few friends I met traveling on Danielle and my year around the world, I met up with again in London. Two of those friends who took me into their inner circle, which led to more close friendships with their friends. My Travel Massive meet up group friends that became like family. The roommates, classmates, teachers and kitchen colleagues that became great friends. The sorority sisters, old bosses and expat friends living in London. The friends of friends that people introduced me to when I first moved to London (and went on a million friend dates!!) that I can’t imagine my life without.

Living abroad would have been much harder if not for all these incredible people. Thank goodness for FaceTime, WhatsApp and iMessage. It makes the eight-hour time difference not seem quite so bad!

One of the best things about meeting up with friends in London is all the great pubs you can pop into for a pint. Very few things beat a pub beer garden during the wonderful British summer (my favorite time of year) with the long days and sunny weather. In the winter, pubs are all nice and cozy when it’s cold outside. A cute pub is a winner all year round! 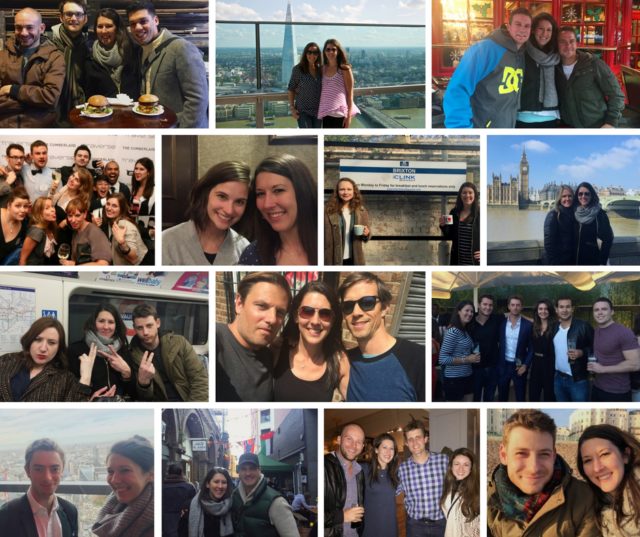 Lots of love, London! Miss you and can’t wait for my next trip to visit!

If you’ve ever lived there, currently live there or even traveled through, what are your favorite things about London? 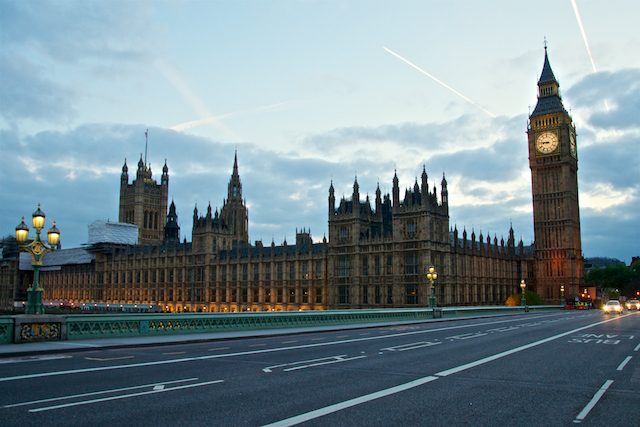