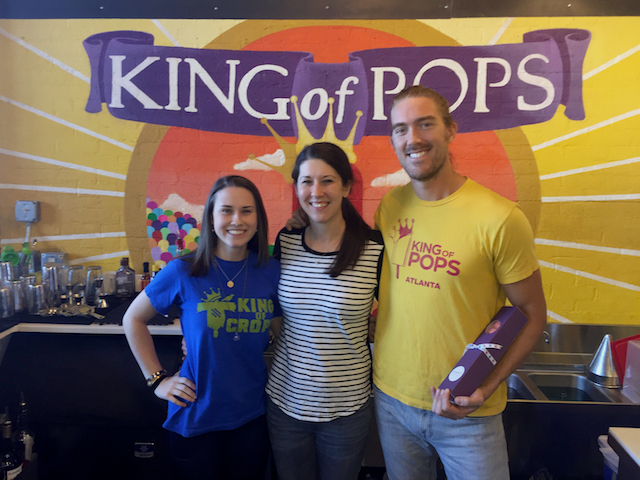 My friends at the King of Pops agreed to my pitch of a holiday pastry pop-up while I was home in December. It would take place at their King of Crops Farm Stand at Ponce City Market, which sells local Georgia produced goods. The #BakingWithBeth concept was born following recent trips to Reno and London.

Planning for the pastry pop-up started with about five items that might make sense – macarons (three-four flavors), meringue kisses (three-four flavors/colors), peanut brittle, another confectionary treat and a daily bread product (doughnuts, croissants, etc). The list quickly got paired down when I really started to think about time management and wanting to do a quality job on a few items versus stressing myself out trying to showcase too many things.

Macarons would 100% be an included item, so I began testing out holiday flavors to take to London for feedback. I was staying part of the trip with a good friend of mine who is also a pastry chef, and he was great with all kinds of feedback. Both on flavors and the million other questions asked of him about running a small pastry business. 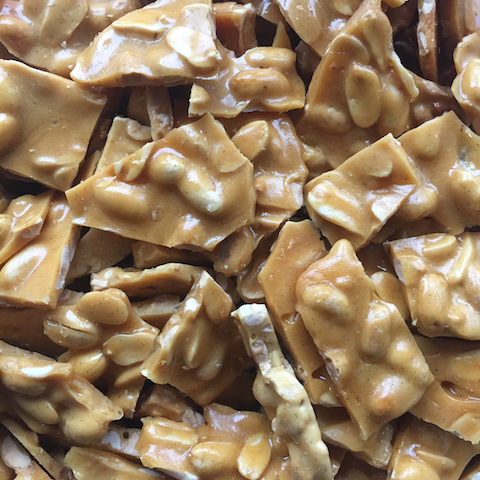 After London, the whole menu was pared down and I decided on five macaron flavors – gingerbread, peppermint dark chocolate, raspberry dark chocolate, mulled apple cider caramel, and hot chocolate with marshmallows. I was also going to do peanut brittle, truffles and I hoped I’d still be able to do a daily pastry, but that was something I wasn’t going to stress about if it got the axe.

Nick, one of the founders of the KOP, asked me at the beginning if I planned to do pre-orders. Honestly, outside pitching him the pastry pop-up, I hadn’t actually thought about anything beyond the idea. Pre-orders turned out to be my saving grace. It made things SO much easier to logistically manage exactly how many macarons I needed to make. 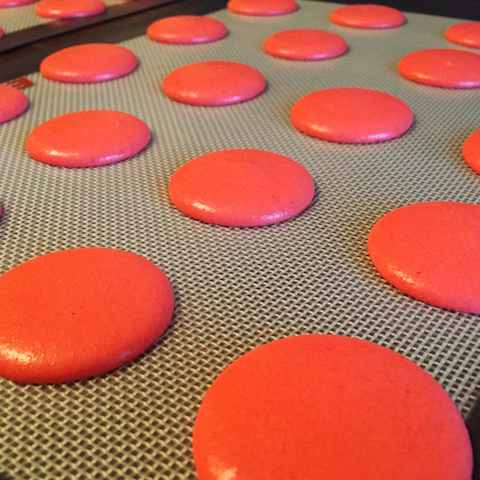 I didn’t mathematically think about how long it would take to make the number of macarons that would fill all the boxes I had purchased. There were enough boxes for 900 filled macarons (1800 halves). Plus any extra for purchases of macaron singles. Given that I was baking out of a home kitchen and using a non-convection oven, I could only able to bake one sheet of twenty-twenty four (pending which silicon mat I used) macaron halves at a time.

I’m glad I didn’t do the math. With something like this, I think the blissful ignorance helped me stay calm in the beginning stages. Once I got in the grove, the amount of macarons I had made almost became a bit of a fun challenge. I started baking on Saturday morning and pretty much didn’t leave the kitchen until I left for day one of the pastry pop-up on Tuesday morning. 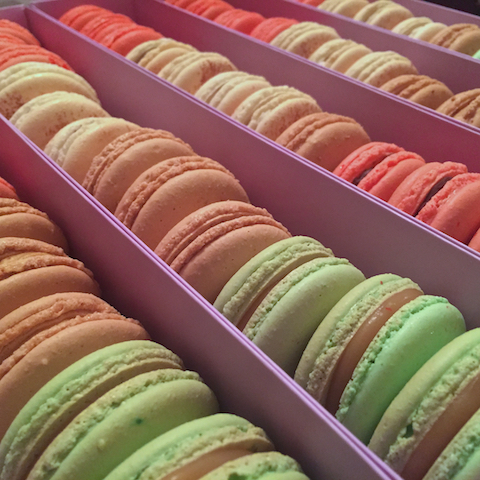 On Tuesday morning, I was a nervous wreck. Going into this whole process, I figured worst case, I’d lose a few hundred dollars. From the pre-orders, I knew I had already covered the cost of my ingredients so I would avoid the worst case scenario. However, there’s something about doing something creative, for all your friends and family, that really drives up the fear. What if people don’t like what you create? Taste is so subjective that it’s really nerve racking.

The nerves faded as I got set up. All throughout the day on Tuesday, the love and encouragement from friends who stopped by was incredible. A lot of local Atlanta friends from high school and college stopped by to get some macarons and peanut brittle. Some of whom I haven’t seen in eons! It was so wonderful to reconnect and catch up. I even had a former co-worker in LA who was in Atlanta on business come by on his way to the airport. As well as, two friends from Instagram who are Georgia natives come by to show support, plus I got to finally meet them both in real life! 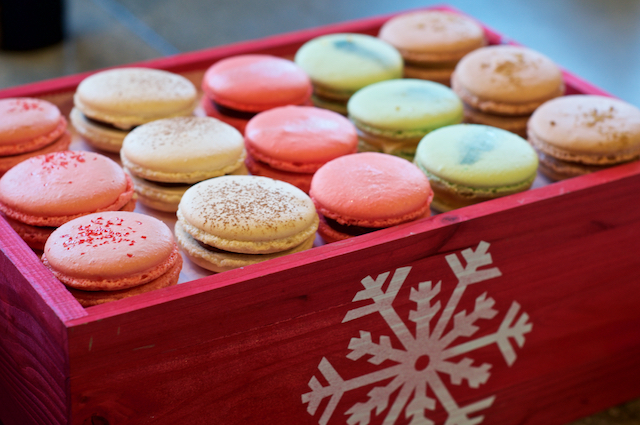 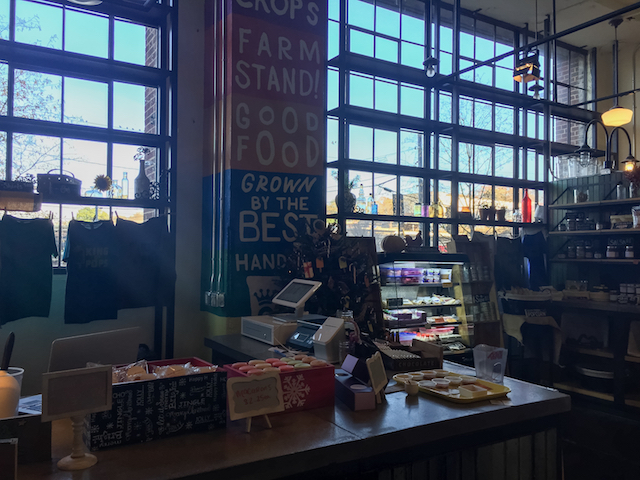 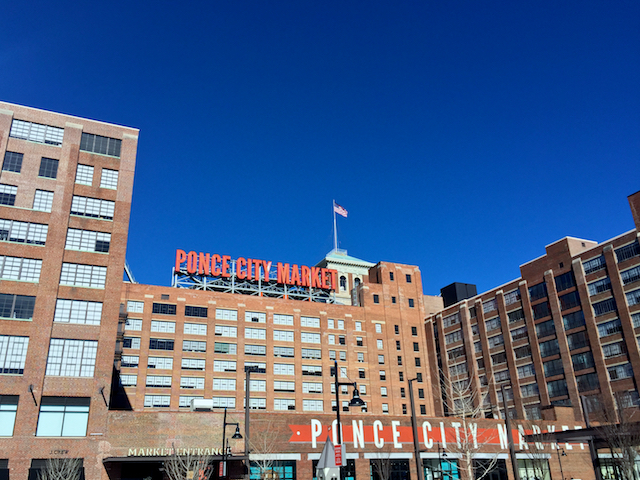 At the end of day two, the French bakery complained about my selling of macarons. They apparently had an exclusive on macarons. Their macarons were so tiny. About half the size and being sold for a quarter more. Word on the street from some folks was that mine were better… so clearly they were threatened. 😉 Ha!

After the semi-shutdown, macaron mania and gangsta macs ensued. Day three of the pastry pop-up was mostly for handing out pre-orders, as well as a few secret gangsta macs sold under the table. My overall sales in the planned four (turned three) day pastry pop-up took a hit, but the whole experience made for a better story. 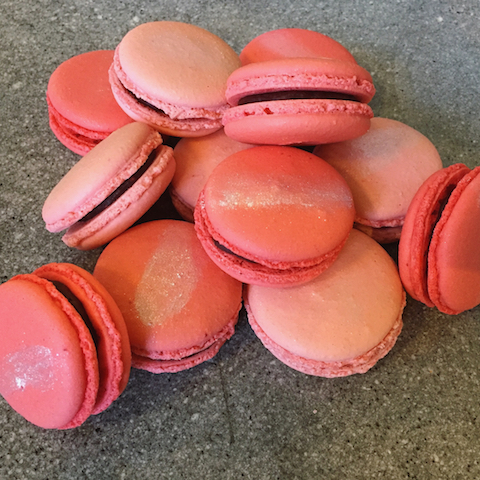 The support shown to me by my local Atlanta friends and family was beyond amazing. I can’t reiterate enough how much it meant to me. To everyone who helped me ideate this pastry pop-up, listen to me talk through it, opinions on packaging, online support for those not in the area, and all those who came out to Ponce City Market, I love y’all!!! Thank you so, so much from the bottom of my heart.

Thanks to the King of Pops for offering me the opportunity to explore the world of pastry pop-up’s at their King of Crops Farm Stand. Y’all are the best!

My only regret is thinking to take a picture with everyone from day one who stopped by. I would have LOVED to include everyone in this collage. To the early visitors, y’all are very much loved and appreciated, even if not pictured. 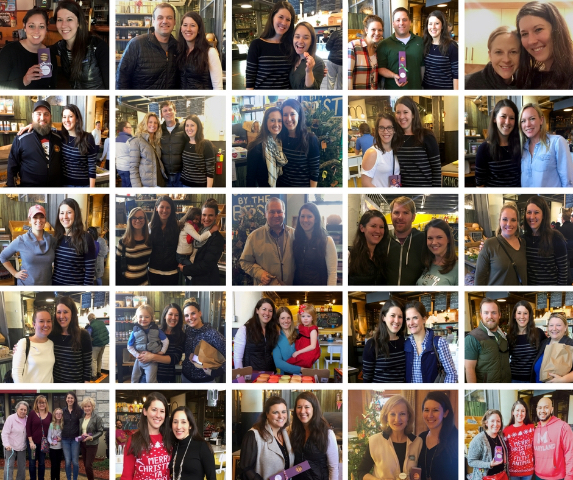 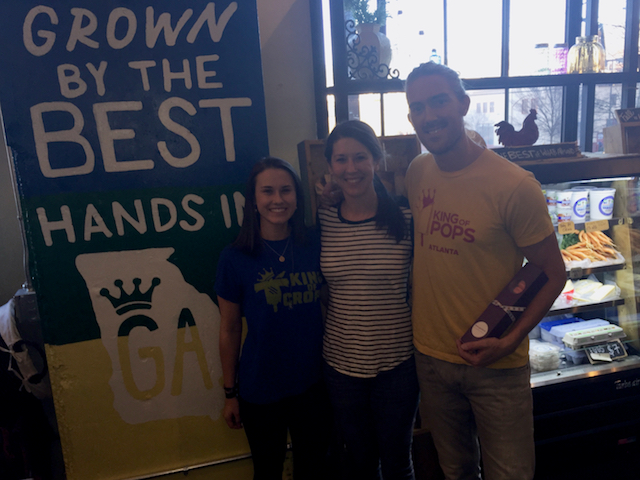 Thanks again to the Nick, Steven, Cory, Andrea and the whole King of Pops team! Love y’all!

Have y’all ever done a pastry pop up, or have any experience with a first time showcase of your work? How did it go… were y’all nervous, excited, all of the above?  🙂 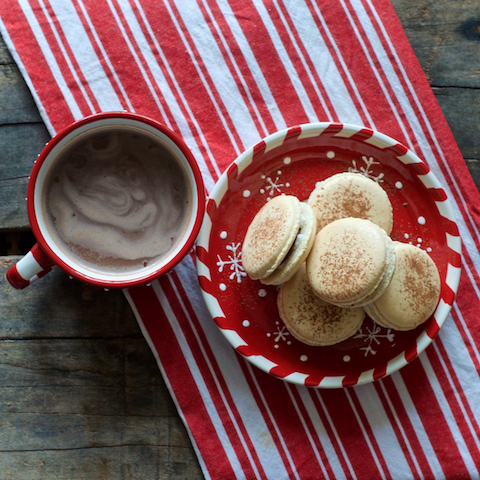