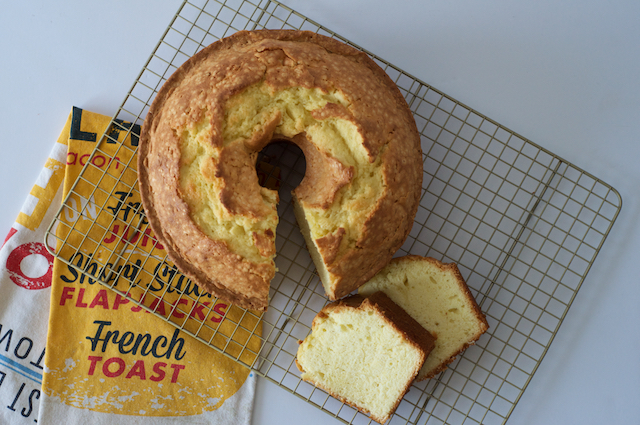 There are some cakes I’ve eaten all my life but never actually baked myself. Mainly because those have tended to be ones baked my mom, or grandmother, or great aunt, or cousin.

Sour cream pound cake is one of those cakes. Another cake on regular rotation at the homes of G-mama, Aunt Merle & Annie Mae.

This was meant to be #BakingWithBeth recipe number two, the USPS held my tube pan hostage for a week longer than scheduled. While the Hummingbird Cake was a tasty substitute, I was very excited when my tube pan finally arrived and I could get on with baking my first sour cream pound cake.

Historically pound cake dates back to 18th century Europe and gets its name because it was a 1:1:1:1 ratio of sugar, butter, flour and eggs. Weighing in at four pounds using a pound of each ingredient. The more modern recipes tend to use a slightly different ratio and also incorporate flavors and baking soda, making for a lighter cake. 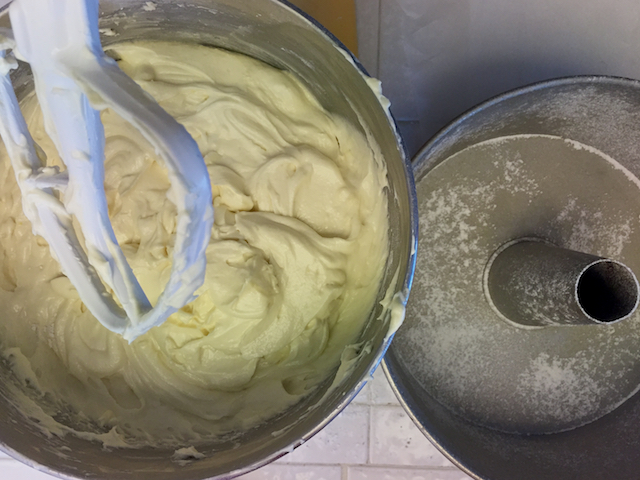 My first attempt at the sour cream pound cake was a bit shaky. It came out of the oven slightly cracked. And then continued to crack…

Frantic texts were sent to my mom and Aunt Renee. They assured me the cracking was normal and tasted the best!

I think mine cracked slightly more than “normal” so I decided to give it a second try before posting the recipe. The sour cream pound cake round one still tasted great. It was just more difficult to get out of the pan due to crumbly top and sides. Eeekkk. 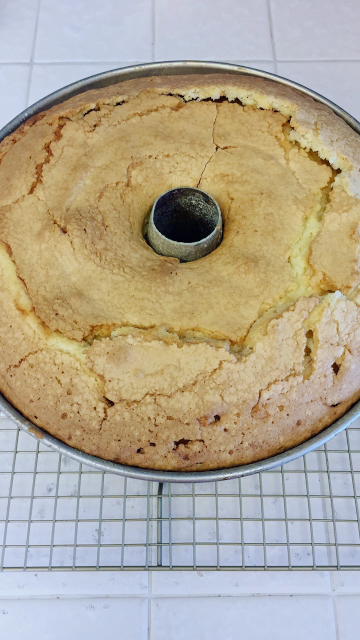 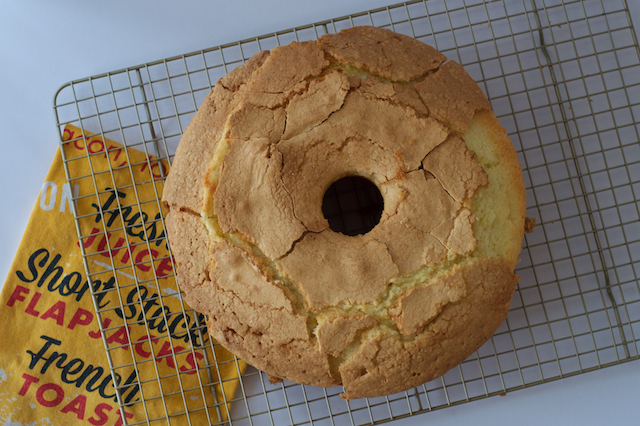 Per Aunt Renee’s suggestion, I baked my second sour cream pound cake starting in a cold un-pre-heated oven. Also, during round two, I added the alternating flour and sour cream a bit faster to make sure to not overwork the gluten.

Still cracked, but in the pretty, homemade sour cream pound cake way. The perfect cake for a dessert, or maybe even a slice for breakfast! 🙂 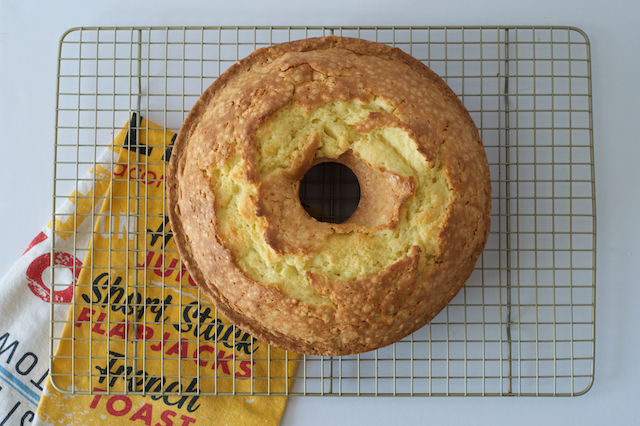 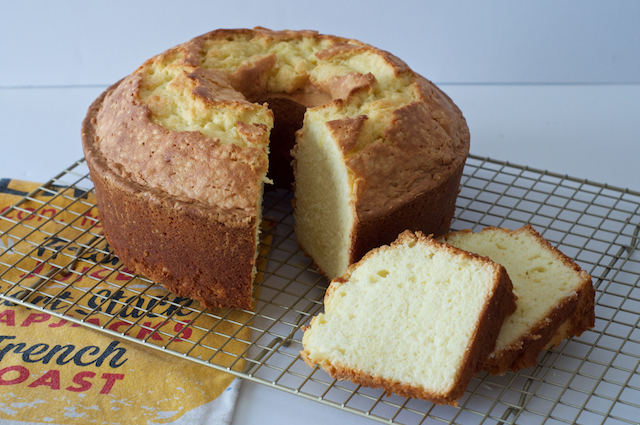 Thanks y’all for joining in on the third #BakingWithBeth recipe. Sour Cream Pound Cake recipe just below. Can’t wait to hear your feedback!

Have y’all tried a sour cream pound cake? How’d it turn out? Or another flavor pound cake? The pound cake offers so much variety in terms of flavor combos. I can’t wait to try other varieties! 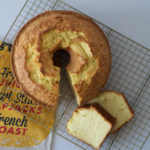