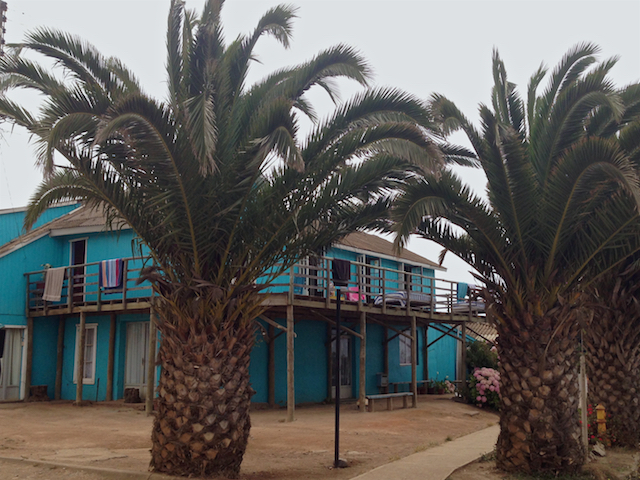 The town of Pichilemu is known for the black beaches and waves. One of the many small costal towns dotted along Chile’s Pacific coastline. A town so small, we nearly couldn’t leave because there is one ATM and it was out of money for two days.

We followed surfer friends Matt and Mark to Pichilemu. The laid back simplicity of the town was exactly the break Danielle and I needed to recharge and reset ourselves after six months of nearly, non-stop travel. 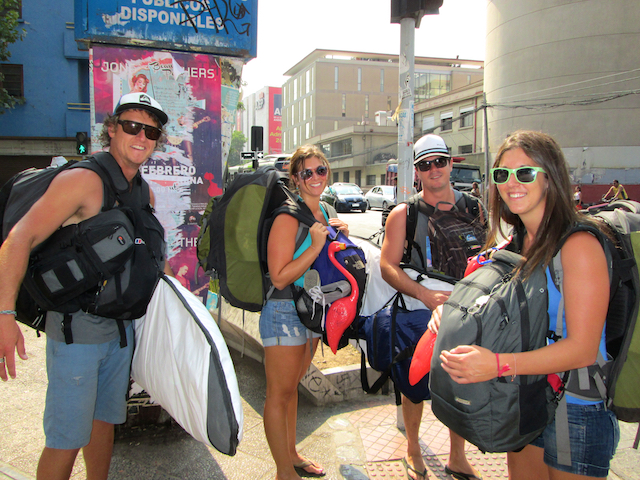 The beaches aren’t particularly nice and the weather wasn’t all that warm in mid-January, despite the Southern Hemisphere location and summertime. Each day began with a stroll down to the corner market to pick up items for breakfast. The market was typical of small South American towns – open air stall along a dirt road with a selection of fresh fruits ,veggies, eggs and a few other basics.

We hit up a few of the local restaurants and bars and, of course, the town carnival. Outside that, the majority of our time was spent playing games and the guitar on the patio and home cooked meals from the hostel kitchen. 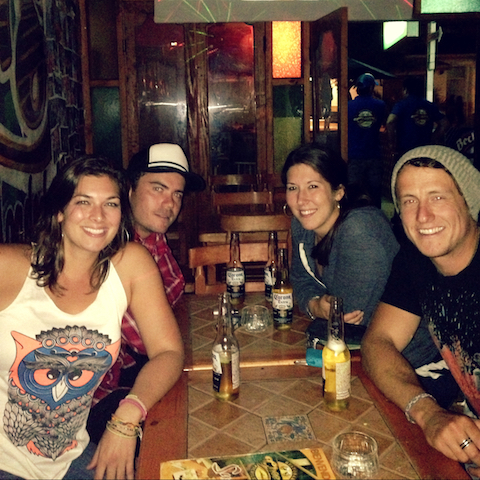 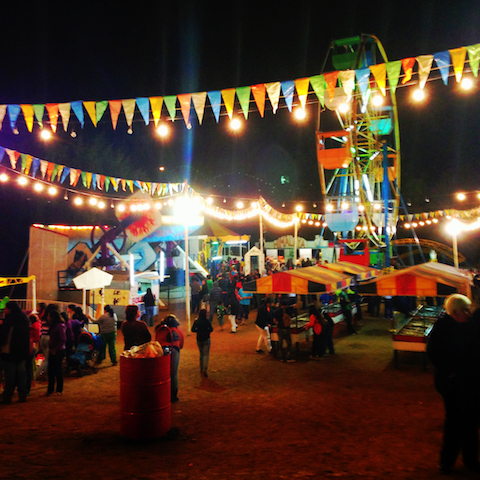 The mother and grandmother of the hostal would spend a few afternoons each week making chocolate covered alfajores. In South America, alfajores are two round cookies filled with dulce de leche and covered in either powdered sugar or chocolate. You can find alfajores throughout Chile, Argentina, Peru, Bolivia, Ecuador and Colombia. These were the best I had, hand down! Maybe they tasted a bit better because I got to experience the process.

Mom would wrap the alfajores and place them in a basket to be purchased for 300 Chilean pesos, or about $0.64 (according to the exchange rate in 2013). There were far too many line items on my budget that read Alfajores. Although, given how tasty they are, I reckon there should have been more! 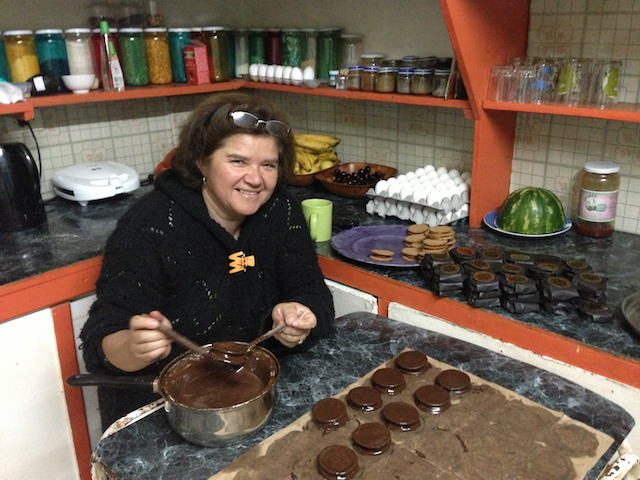 I had a difficult time finding a recipe for alfajores that seemed to replicate what we had so I re-created it from scratch. I used a shortbread cookie as the base for the alfajores and made a dulce de leche to fill the cookie sandwiches with. It was my first time making dulce de leche from scratch and it was a lengthy (understatement) three-hour process.

If you’re not up for the full three hours to make your own dulce de leche, there are a number of hacks that shorten the process, such as using condensed milk (I believe I saw that you bake it?), or buying the canned dulce de leche from the store. However, if you’re up for it, it’s pretty tasty! You can store it in a jar in the fridge and use for other recipes. Another Pichilemu discovery was dulce de leche stuffed churros. Heaven. These might have to be on deck this weekend with some churro making. I mean, the leftover dulce de leche is practically calling for it! 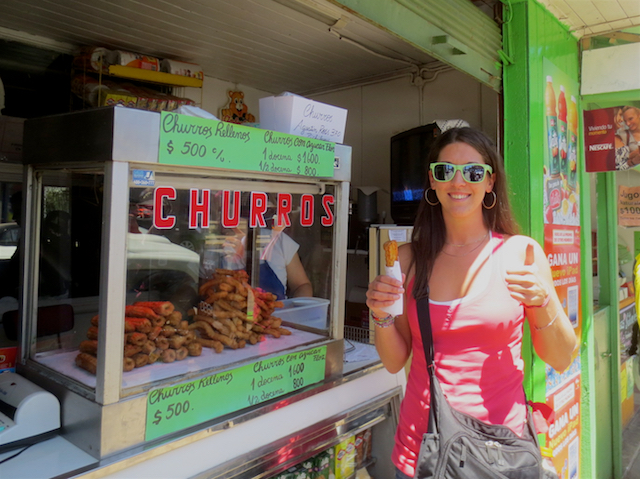 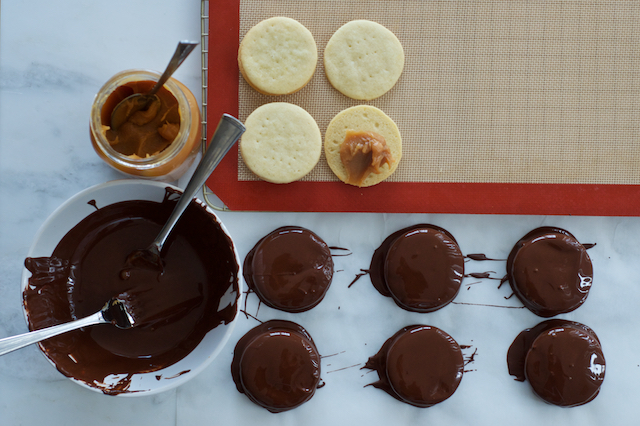 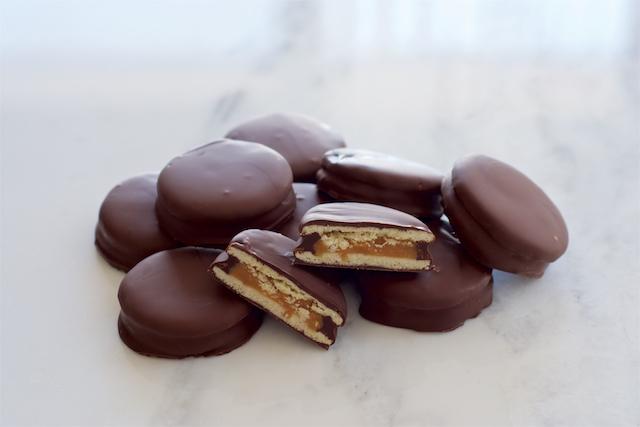 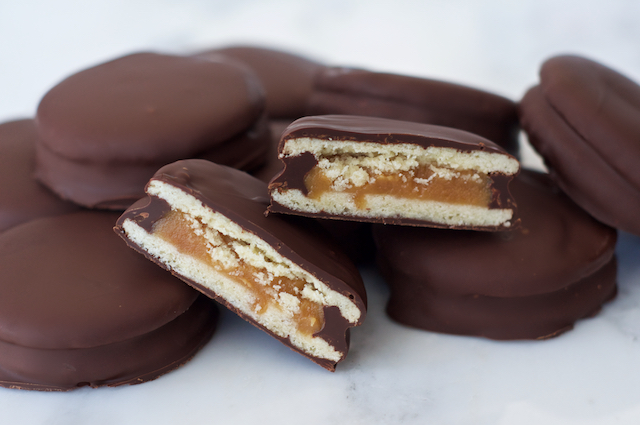 Be sure to follow along Instagram and Facebook and tag #BakingWithBeth so I can see all the fun treats y’all make! Keep it coming with the photos and feedback – it truly makes my day to see y’all bake with me!

What do you think… anyone made dulce de leche with another method? Or tried a different recipe for chocolate covered alfajores? 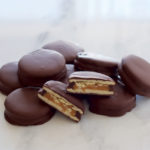