To fully appreciate a story, I feel like it helps to understand the history. This is the backstory behind my love affair with macarons and how it all began. Like all good love affairs, this story involves indulgence, excitement, frustration, tears and, of course, Paris! 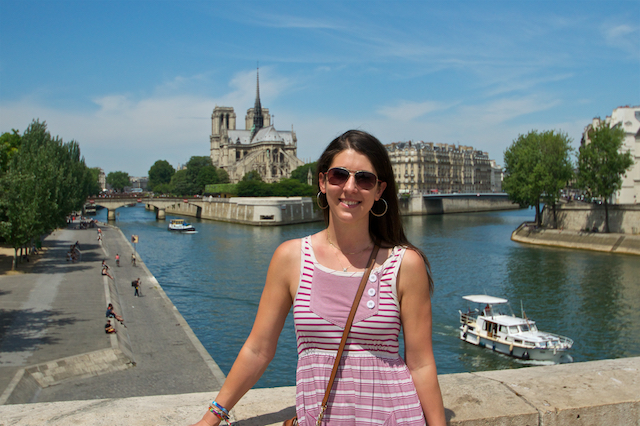 I remember the first time I ate a macaron. It was around 2008 and I was sitting in the conference room at BNC PR with my co-workers on the Pernod Ricard team. Amy brought us a box of ‘Lette Macarons and I thought they were the most delicious cookie ever. Prior to that moment, I associated macaron with the coconut (double O) macaroon. Since I’m not the biggest fan of coconut, save for Samoas, I avoided macaroons. Little did I know about this single ‘o’ French delicacy that would knock my socks off.

The macarons Amy brought in were incredible. I enjoyed a pecan pie macaron, which spoke to my Southern soul.

Fast forward to the fall of 2013. I was living in London and trying to figure out the legalities of getting a job and staying in the country. I’ve since forgotten or blocked all the details of the process, but it boils down to the fact that it’s extremely difficult.

Come October, one of my favorite bands, Local Natives, played in London at Brixton Academy. I got tickets to the show with a friend and happened to noticed they were ending their European tour a few weeks later in Paris. I hadn’t been to Paris since study abroad 10 years earlier and figured it was a good excuse to experience the Eurostar. Using hotel points, I booked my three-day, two-night trip to Paris, which concluded with Local Natives at Le Bataclan and my first ever solo concert-going experience.

Despite my memorable first experience with macarons back in 2008, I had very little in the following years. They resurfaced in London with a friend who is a pastry chef and treated me and some girlfriends to a plate following one of the more incredible meals I’ve experienced (really helps knowing the head pastry chef, as it turns out!). I asked him afterwards to teach me to make them, but without my KitchenAid mixer, it wasn’t an ideal set up for a lesson.

On my trip to Paris, outside the concert and a visit to the d’Orsay, the only other item that graced my Paris itinerary involved eating my way around the city’s macaron options. At least as many as I could justify in three days time (25!). 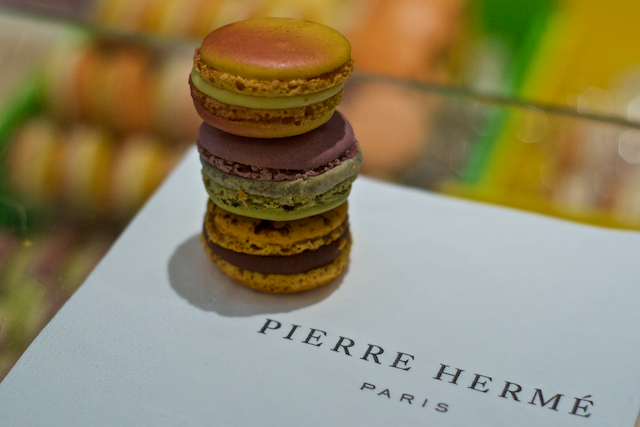 During my macaron research, I found out about La Cuisine Paris, which offered a three-hour intensive macaron course. The course was booked immediately so I could finally learn the ins and outs of making them on my own!

I always loved baking, but pastry school wasn’t yet on my radar. I was deep in job searching for event positions in London and actually had a phone interview for an events job with The Economist in the train station as soon as I arrived in Paris (spoiler: I didn’t get that job). Following that call, it was straight to the hotel to drop off my bags and on to my macaron course at La Cuisine Paris.

The macaron course was absolutely fantastic! I loved it and it was the first in a number of decisions that led me to go to pastry school. 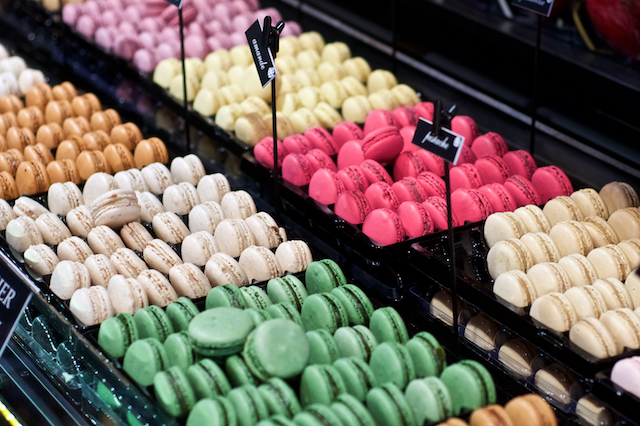 A few months later, during the holidays in Atlanta, I set out to make macarons on my own, using the recipe from my course. Starting with French macarons. At the time, I don’t think I owned a digital thermometer, so French was the default method since Italian involved boiled sugar. Over the years however, I moved on to Italian macarons, the method more commonly found in the restaurant industry.

For those new to macarons, both French and Italian macarons involve the same ingredients, in varying amounts. In the French meringue method, you make a stiff meringue with egg whites and sugar, adding the powdered sugar at the end and then mix the meringue in with the almond flour. Italian meringue is made by pouring sugar syrup (cooked to 118 degrees Celsius) over egg whites, whipping till it’s cooled and then combining that stiff meringue to the powdered sugar and almond flour (tant pour tant – equal parts) mixture.

Macarons are a fussy cookie, as there are a number of things that can go wrong. Sad shells with no feet, hollow, or cracked. Despite the number of times I’ve made macarons and how confident I’ve become in the process, all of those things have happened to me.

Even currently, macarons and myself are experiencing a rocky patch. Lately, I’ve had cracking issues with my Italian macarons, despite having made over 1800 perfectly during my holiday pastry pop up, and it’s driving me BANANAS. Some trays will crack, others won’t. Half a tray will crack, and half will be perfect. It’s making me insane. AGHH! After a bit of investigation, the current conclusion is that the problem is more than likely humidity control, or my oven. Or perhaps a combination of both.

I’ve since mixed and matched between Italian and French macaron making. My first French batch in a few years! French macarons seem to be less affected by the atmosphere and humidity.

This frustration has led me to embark on a scientific hunt to learn anything and everything about the macaron. A journey that I will share on the blog as I discover and un-crack (haha) the code. We don’t use the heat very often in the house, and with all the rain California is getting lately, I think the humid environment is my main problem. If anyone has done more research on environmental factors, I’ll be forever in debt to you with macarons.

Recently, I’ve also been playing around with pasteurized boxed egg whites and the difference in using pasteurized versus aged egg whites. Pasteurized egg whites have less water content, since they are heat treated they contain less moisture. With fresh egg whites, you need to age them, which helps dehydrate the whites and tighten the proteins. They whip differently, but most restaurants (in London) use pasteurized boxed whites, so it’s definitely possible. And creates so much less waste with all those yolks!

Many of y’all know me for macarons so I felt it time to give a little backstory on my history of the delicate French cookie. I’m still blown away by all the support for my macaron holiday pastry pop-up. Thank y’all again, so, so much!

As y’all might have now guessed, for #BakingWithBeth week number six, I’ll be sharing my favorite macaron for y’all to try at home. See y’all Thursday! 🙂 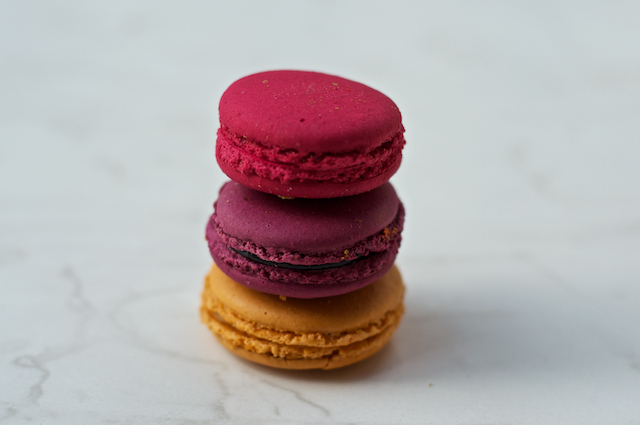