Happy almost St. Patrick’s Day! This weeks #BakingWithBeth recipe doesn’t really involve anything pastry related, save for piping mashed potatoes (which was a first, and tons of fun!), but this Irish cottage pie involves Guinness and is in keeping with the March pie-theme. It’s the perfect recipe for St. Patrick’s Day dinner tomorrow!

I mean, what’s not to like? Meat, good. Mashed potatoes, good. Guinness, goooooood! 😉

What exactly is the difference between shepherd’s pie and cottage pie? In the States you don’t hear as much about a cottage pie, hence my confusion about the two dishes. Historically, the term cottage pie was used when referring to a type of meat pie that was used by peasants around the time of the introduction of potatoes to the UK and Ireland. It was a good way to use leftover meat, potatoes were an affordable crop and the peasants lived in cottages. The term cottage pie first appeared at the end of the 18th century and pre-dates shepherd’s pie by nearly a century. You can find lots more fun facts about the two meat pies from this Jamie Oliver article.

Recently, I did the Ancestry DNA test and it confirmed that I’m 42% Irish (who knew?!). And this recipe uses Guinness. So, that makes it a super authentic Irish Guinness cottage pie, right?! Either way, it’s really tasty and one I’ll definitely be making again! Originally, I toyed with making individual pies. I ended up purchasing a new baking dish from Crate & Barrel to make it and I loved it. It was the perfect size for a two-person dinner, with a small amount of leftovers! 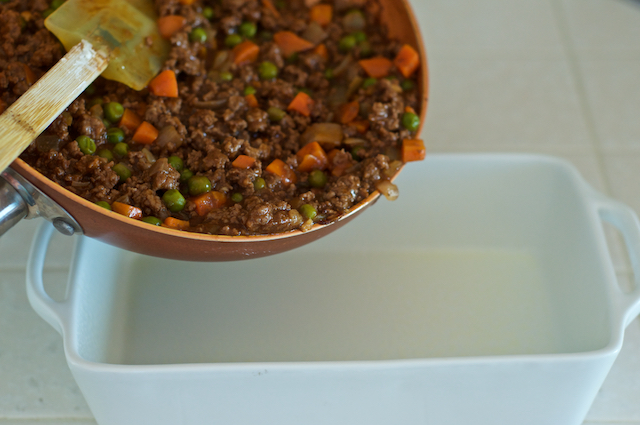 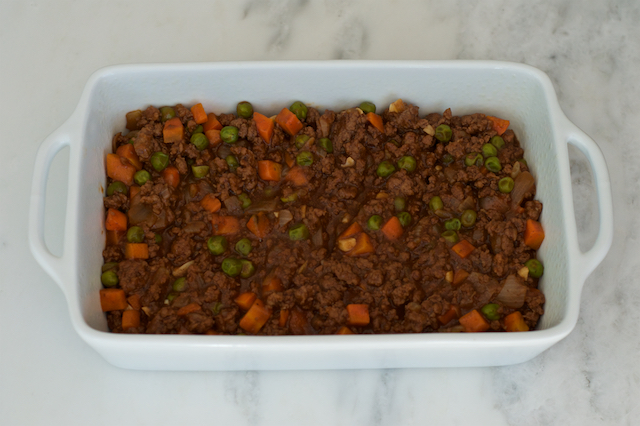 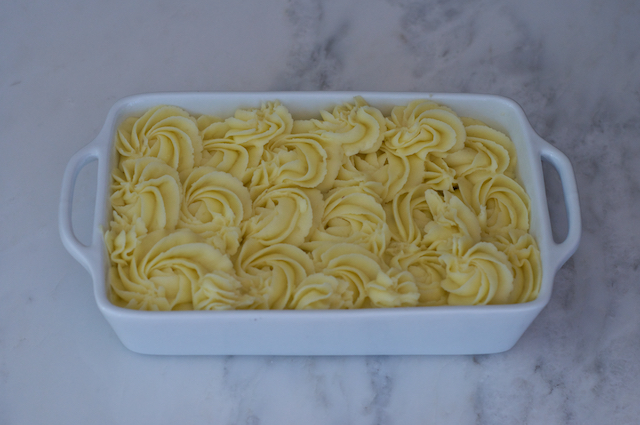 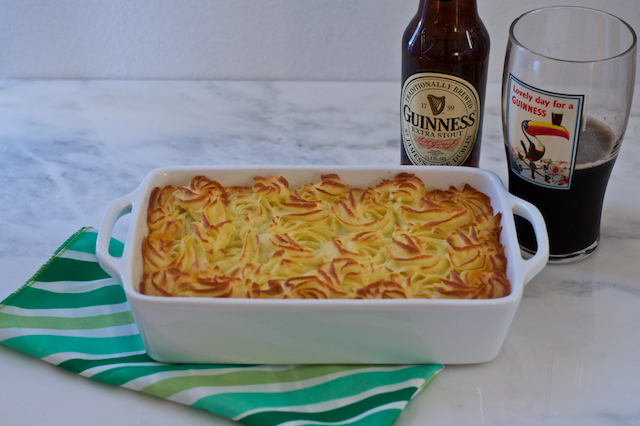 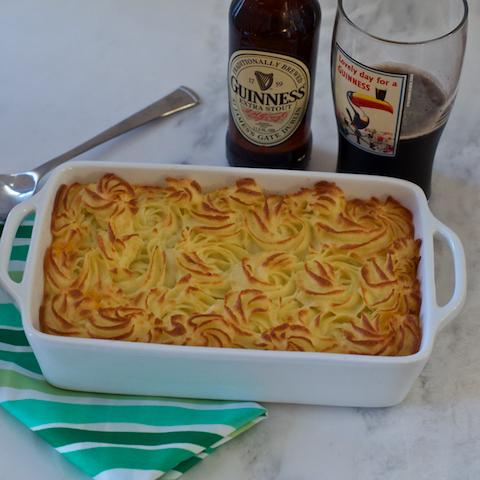 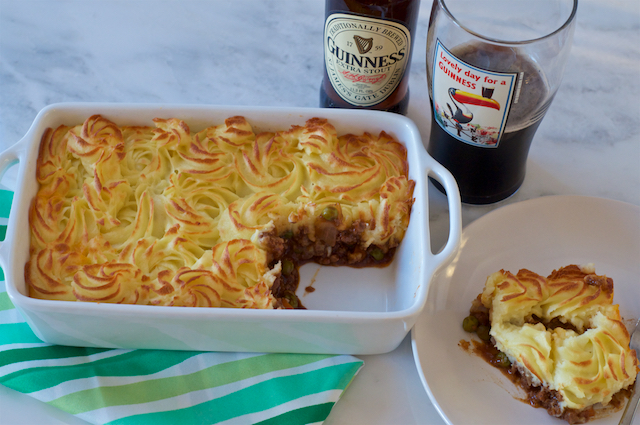 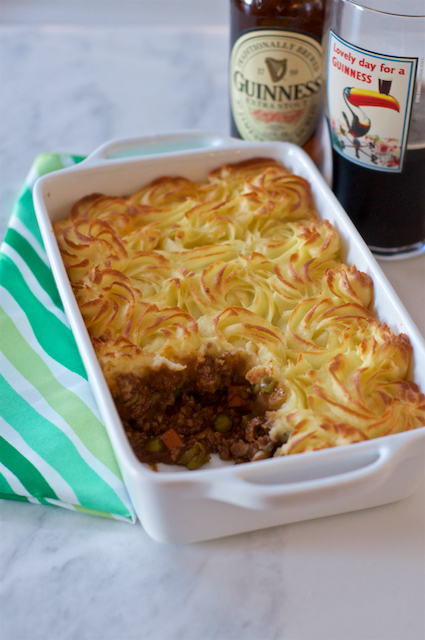 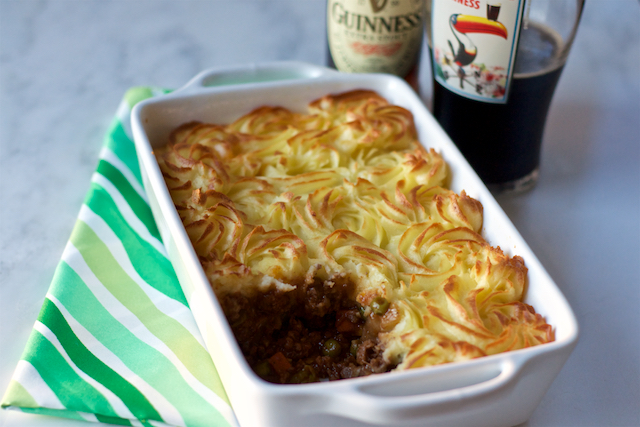 March is everything pi(e)! Week nine kicked off with a chocolate chip cookie with dulce de leche, week ten was my birthday mint chocolate chip grasshopper pie and a bonus Pi Day pizza pie recipe by a guest contributor!

If you’re a regular, thanks again for coming back for another #BakingWithBeth recipe! Be sure to follow along Instagram and Facebook and tag #BakingWithBeth so I can see what kind of recipe for adventures y’all have going on.

Have y’all ever had a Irish Guinness Cottage Pie? Those of y’all from (or have ancestry in) Ireland and the UK, share your secrets! 🙂 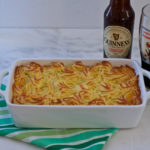 Mince meat pie with carrots, peas and topped with mashed potatoes. Can easily be doubled for more guests & a bigger baking dish!

You could easily double this recipe and make in a larger dish for more people.

This could serve 4 with small servings with a side of vegetables, or something. 🙂

Be careful when piping the potatoes if the cheese is too large. My first piping bag exploded due to a cheese blockage. 😉

I cooked it at a lower temp and then place under the broiler to not have the meat sauce bubble out of the potatoes.

Disclaimer: Please note some of the links are affiliate links which will not incur any additional cost for you, but help with the maintenance of this site