This is a bonus #BakingWithBeth pi(e) month Pi Day recipe. Pi Day was one of the inspirations behind pie month so we’re bring out a special Pi Day 3.14159 recipe. Instead of a sweet pie, I decided to go the more savory route with a Pi Day pizza pie recipe.

Today’s recipe is a special one because it’s one from the #BakingWithBeth community and was submitted by my brother, Paul. Years back, Paul developed a pizza making affinity and has yet to slow down. My dad made us homemade pizza’s growing up, and still makes them for us today. He now grills his pizza’s on the Big Green Egg, so perhaps Paul picked up his pizza kitchen skills from him. They are both really quite good! Also, back in the 90s, my grandfather owned an Italian pizza restaurant in Monticello, Georgia, so it might go even further down the Meyer line. I think this means I need to practice my pizza skills and organize a Meyer-family pizza pie-off.

In keeping with a Pi Day pizza pie theme, Paul decorated this year’s pizza with sausage in the shape of Pi. However, due to a bit of loose handling when putting the pizza in the oven the sausages did not stay in their planned shape. Haha! In previous years, he’s celebrated the glorious Pi Day pizza pie occasion using red bell peppers. The pizza and toppings are your art canvas, my friends! Go wild & let’s see those Pi Day pizza pie creations!! 🙂 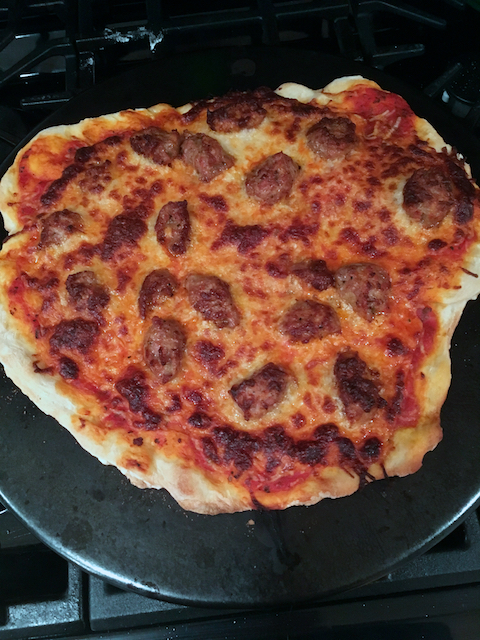 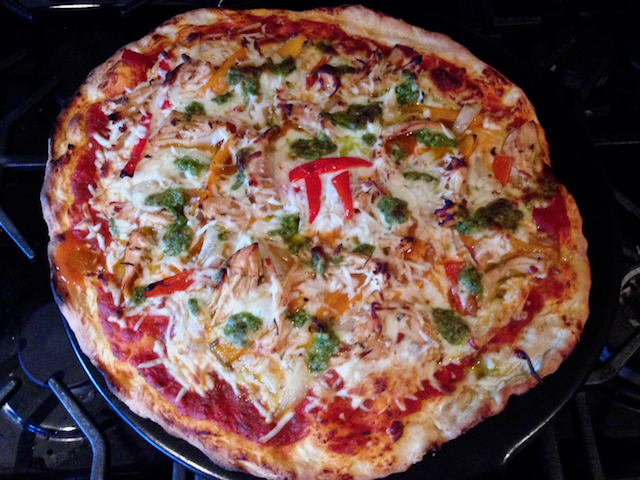 Now that we’re on the subject of pizza, let’s take a quick look through some of my favorite pizza’s from the country that invented pizza – Italy! I’ve had train station pizza in Italy that was really good, so it’s a tough to choose from so many options.

It feels wrong to make a favorite pizza list and not have the number one spot be from the city that invented pizza. The recommendation for Gino Sorbillo in Naples came from a friend who grew up just across the bay in Capri, so it felt legit taking advice from a local Italian. It is a phenomenal place to stop for a pizza pie. Maybe worth a side trip to Naples for a day?! 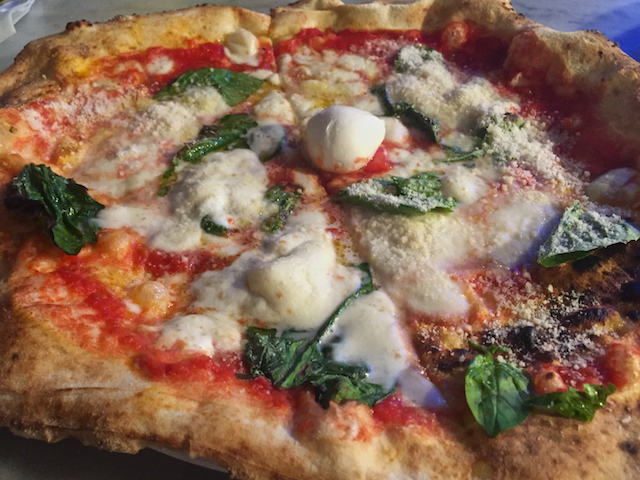 This next one is a recommendation from a friend, and a helluva recommendation it was. It was my mom and my final day in Florence and we stopped into this small, unassuming pizzeria before our train. My friend said Gusta Pizza was his favorite pizza ever, and it’s pretty hard to disagree. 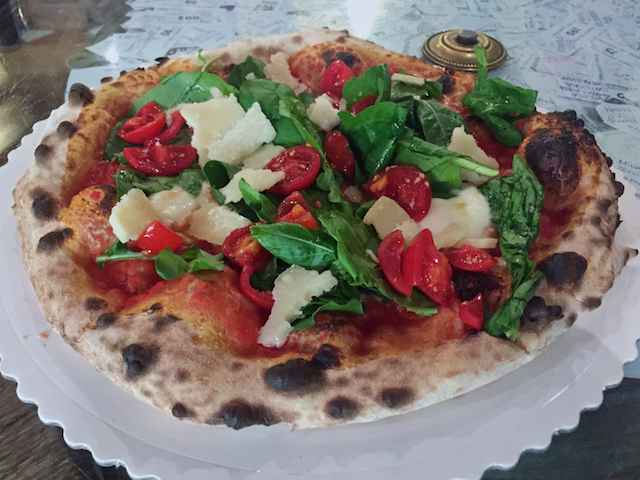 Following a fairly strenuous hike along the Path of the Gods, our local Positano guide Lucy took us to get pizza at Il Grottino Azzurro in Positano. An extremely delicious and well earned lunch after our hike! Three of us basically devoured the entire thing. A little up the hill from central Positano, but well worth the trek. 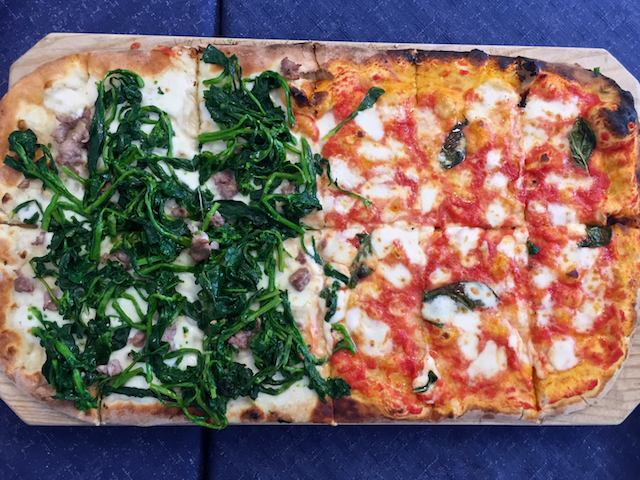 Da Franco is a recommendation from Lucy as being the best pizzeria in Sorrento. I visited with culinary classmates and chef lecturers on our International Culinary Diploma gastronomy trip to the Amalfi Coast and it was pretty amazing. 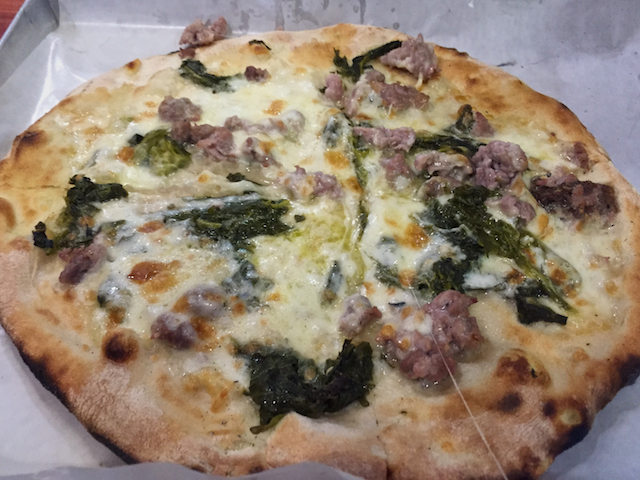 Sometimes the simplicity of a delicious margarita pizza is all that is needed. Dar Poeta in Rome in the Trastevere neighborhood checked all those boxes. A glorious pie after a long day walking and exploring the history of Rome. 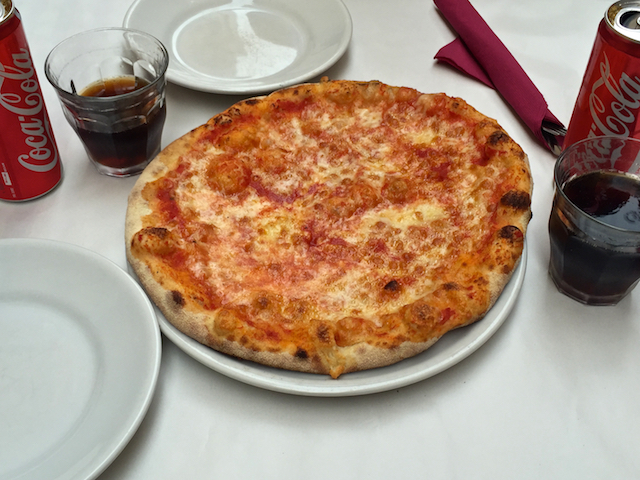 Now, let’s get y’all making your own pizza’s at home!

If you’re a regular, thanks again for coming back for another #BakingWithBeth recipe! Be sure to follow along Instagram and Facebook and tag #BakingWithBeth so I can see what kind of recipe for adventures y’all have going on. 🙂

Do y’all have a favorite Pi Day pie? Have you ever made your own pizza? What’s your go-to toppings?

Instead of bread flour, you can also use 00 flour according to the original recipe.

Disclaimer: Please note some of the links are affiliate links which will not incur any additional cost for you, but help with the maintenance of this site